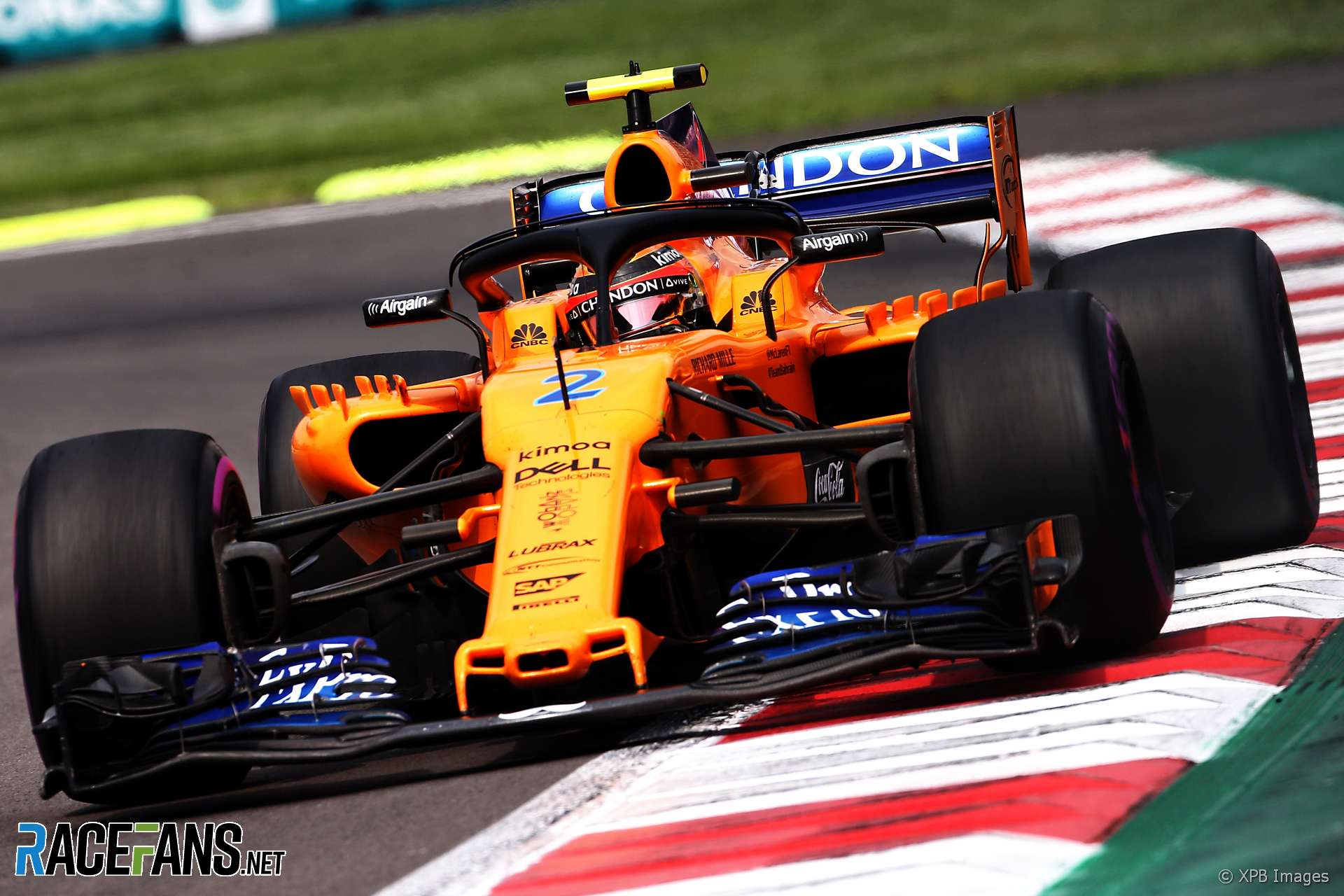 He may have been out-qualified by Fernando Alonso for the 19th consecutive race – by a typically slender margin of a tenth of a second – but in the race Vandoorne finally got to demonstrate some of the class which saw him sweep to the GP2 title three years ago.

Despite losing ground at the start (he finished lap one 19th) Vandoorne made rapid gains, passing Pierre Gasly and Sergey Sirotkin among others. He later had to re-pass Gasly, which he did successfully, as well as Romain Grosjean. A well-timed stop got him ahead of Kevin Magnussen and Marcus Ericsson, putting him on course for a superb eighth.

Another driver who was out-qualified by his team mate, though by an even finer margin: Daniel Ricciardo beat Verstappen to pole position by less than three-hundredths of a second. Verstappen shot into the lead at the start, however, kept Lewis Hamilton back at turn one and then dominated proceedings. He could have one-stopped his way to victory, but was so far ahead Red Bull chose to give him another set of tyres as a precaution.

Sergio Perez has never been the first Force India home in his backyard, a statistic he was on course to put right before his brake pedal went to the floor. A gutsy pass on Marcus Ericsson was the highlight of his weekend up to that point.

Arguably the driver who most needed a result, given the doubt over his place at Toro Rosso for the 2019 F1 season, Hartley had a bit of a shocker. Sixth place in Friday practice flattered the car somewhat but hinted at Q3 potential. An error on his final lap cost him that position.

In the race he tangled with Esteban Ocon and had to pit on the first lap. That plus a five-second time penalty ensured he finished well behind his team mate, who had started last.

Ocon described this race as the worst he had driven in Formula 1, and he probably wasn’t far wide of the mark. First-lap tangles appear to be his biggest weakness – having made a good start he squandered it by clipping Carlos Sainz Jnr’s Renault. Another incident later in the race meant a costly, point-less race for Force India on a day when McLaren scored. To his credit, he took 11th on the grid without using the dreaded hyper-softs.

What happened to the Kimi Raikkonen who swept all before him in Austin? This was a limp performance – consistently off Vettel’s pace in qualifying and half a minute down in the race. He was over-generous in defence with Hamilton too.

Hamilton seemed to deliver all the tyre-eating W09 could give – qualifying ahead of Vettel and almost passing both Red Bulls to lead at the start. A slide to fourth was an unworthy way to mark his fully-deserved fifth world title. He was almost lapped at the end of the race – team mate Valtteri Bottas did go a lap down.

Ricciardo squandered his superb qualifying effort with a poor start, but deserved the second place which his eventual clutch failure robbed him of. Vettel drew a line under a series of poor performances with a solid run to third, though it came far too late to salvage his championship chances.

A cool-headed Nico Hulkenberg delivered a sixth place for Renault which moves them closer to fourth in the constructors’ championship. Team mate Sainz would have backed him up had his car not died.

Sauber played a canny game with Charles Leclerc and Marcus Ericsson, deploying the latter to delay the progress of several key rivals, and earning a double points finish. As usual, Leclerc smashed his team mate in qualifying.

Despite using the previous-specification Honda, Pierre Gasly rose from the back of the field to grab a point. Neither the Williams nor Haas drivers figured – the latter far off the pace at what is apparently the team’s bogey track.