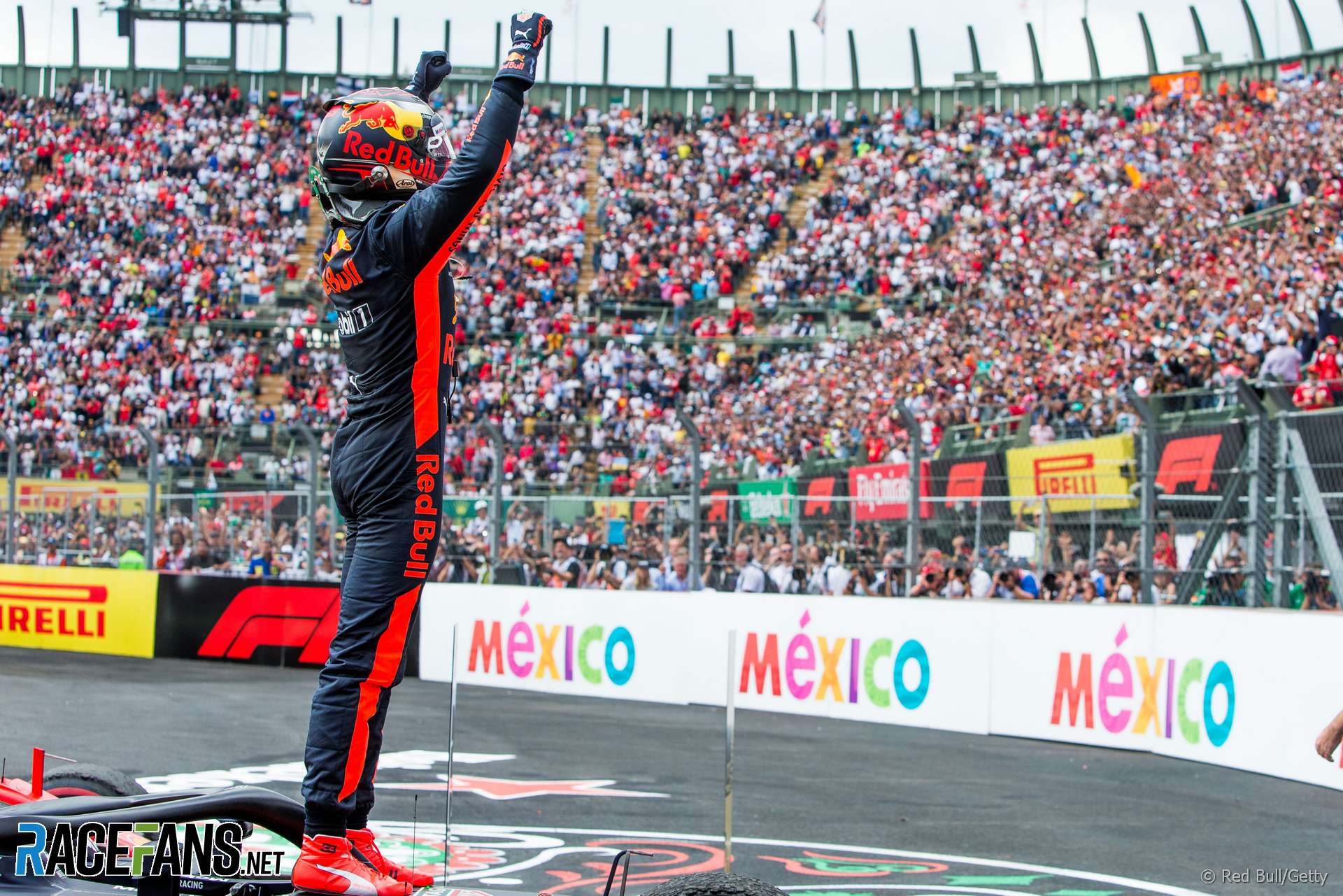 With the fifth win of his Formula 1 career, Max Verstappen set a new record for having won the most races without ever having started from pole position.

Eddie Irvine and Bruce McLaren each won four grands prix but never qualified on pole position. Of course they will get their record back if Verstappen ever gets his first pole.

Daniel Ricciardo took pole in Mexico by 0.026 seconds, the second-closest pole-winning margin this year (Valtteri Bottas beat Lewis Hamilton by 0.019s in Austria). It was his third career pole position.

That probably cost Verstappen his last and best chance to become the youngest person ever to set pole position for an F1 race. Sebastian Vettel holds the record having been 21 years and 139 days old when he set pole for the 2008 Italian Grand Prix.

Verstappen was 21 years and 32 days old last Saturday, and only has two chances left this year to beat the record. Not that he’s particularly excited about that prospect, as he explained on Sunday. “The record for me is not a big deal,” he said. “The points and stuff are always on Sunday and that’s the most important thing.”

He’s doing well by that measure: this was his seventh consecutive top-five finish. That plus Ricciardo’s fourth retirement in the last seven races has seen Verstappen go from lagging 37 points behind his team mate after the first six races, to being an un-catchable 70 points ahead with two to go. Remarkably, he’s only 20 points off third-placed Raikkonen in the drivers’ championship.

And Verstappen is emphatically the youngest driver ever to win a race. Having scored his first win in the 2016 Spanish Grand Prix, he has added four subsequent wins and is still younger than the next-youngest race winner.

Fourth place for Hamilton ended a nine-race streak of podium finishes which is the second-longest of his career, tying with his first nine races for McLaren in 2007. But more importantly it secured his fifth world championship title.

Hamilton needs to win two more titles and 20 more races to equal Michael Schumacher’s records of seven and 91 respectively. He could make inroads on the latter by winning one of the two remaining races this year. This would be the first time Hamilton has won a race in a second in which he’d already clinched the title, though it bears pointing out he has only entered five races under those circumstances (three in 2015 and two in 2017).

Finally, eighth place for Stoffel Vandoorne meant he scored his first point for 15 races. With Force India failing to score, it gives McLaren a realistic chance of holding on to sixth in the championship.

Have you spotted any other interesting stats and facts from the Mexican Grand Prix? Share them in the comments.