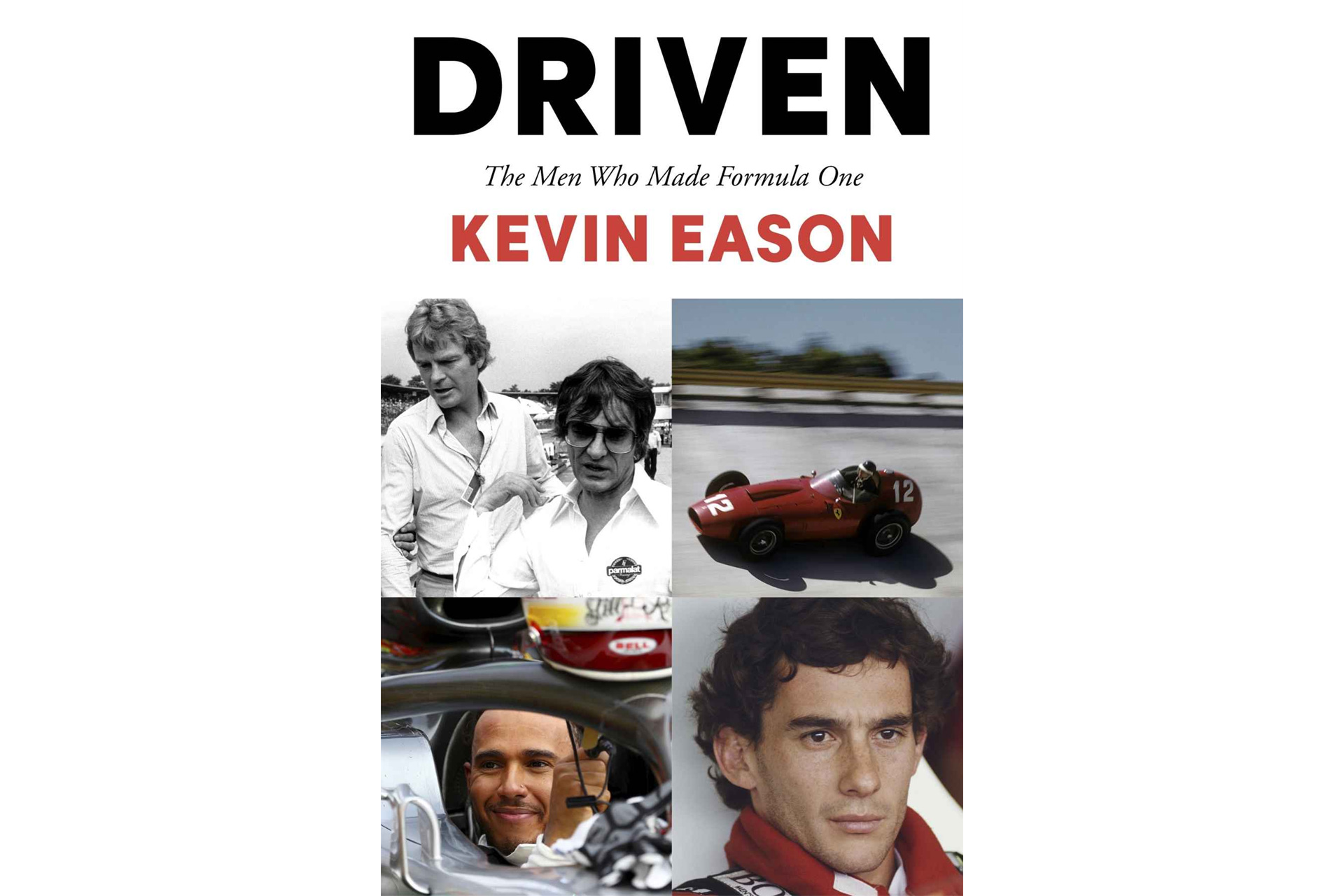 I spend a lot of time writing. So believe me when I say it gives me no pleasure to describe why I don’t like someone’s book.

Particularly when, as in the case of the preceding review to this one, the subject is a fascinating individual out of the cockpit and a championship-grade talent inside it.

Happily, Formula 1 fans didn’t have to wait long followed the disappointment of Kati Hotakainen’s biography of Kimi Raikkonen for a more compelling read.

Kevin Eason spent two decades as motor racing correspondent for The Times, during which time he clocked up more than 300 grands prix. But he’s also reported from other major sporting events, interviewed prime ministers and covered general elections.

He therefore offers a breadth of perspective to the sport which specialised motor racing coverage tends to lack. He’s brought that to bear in “Driven”, a broad history of the sport chiefly concerned with how Bernie Ecclestone transformed it from the amateurism of its early years to the global cavalcade Liberty Media shelled out eight billion dollars for in 2016.

Eason adds colour and revealing new insight to his story from conversations with many key names: Bernie Ecclestone, Max Mosley, Flavio Briatore, Ron Dennis and more. Just as importantly, he’s spoken to those unknowns in the know: Brenda Vernon, for example, Enzo Ferrari’s former secretary who reveals much about the inner sanctum of F1’s most famous team.

“Driven” opens with Eddie Jordan taunting its author about his limited knowledge of the sport. This is obviously included as self-deprecation: not only is this a well-sourced read, but a well-researched one too.

Again, obvious major works are referenced: Tom Bower’s probing 2011 biography of Bernie Ecclestone and Virginia Williams’ intimate and revealing A Different Kind of Life. But he’s also dug out F1’s more obscure literary gems: It was a pleasure to be reminded of Di Spires’ warm and funny account of paddock life I Just Made The Tea – essential reading for all F1 fans. I have no hesitation in recommending “Driven” even more highly.

Criticisms? Only quibbles, really. With so much narrative crammed into 400 pages, at times the histories are a little too potted. Perhaps some room could have been found by trimming the lapses into Sunday colour supplement territory some of the interviews fall victim to. Jackie Stewart’s warts-and-all accounts of running an F1 team are why I bought my ticket; I don’t care what he was eating while telling the tale.

But as a primer on how F1 got to the state it is in – and who got it there – you couldn’t ask for much better. “Driven” tells you more about any of its subjects in a handful of pages then the last book I read on F1 managed in 300. And in doing so, it offers a fresh and personal perspective on the sport’s recent history, from someone who knows it better than Eddie Jordan gives him credit for.

Buy “Driven: The Men Who Made Formula One”

“Driven: The Men who Made Formula One” by Kevin Eason

19 comments on ““Driven: The Men who Made Formula 1” reviewed”