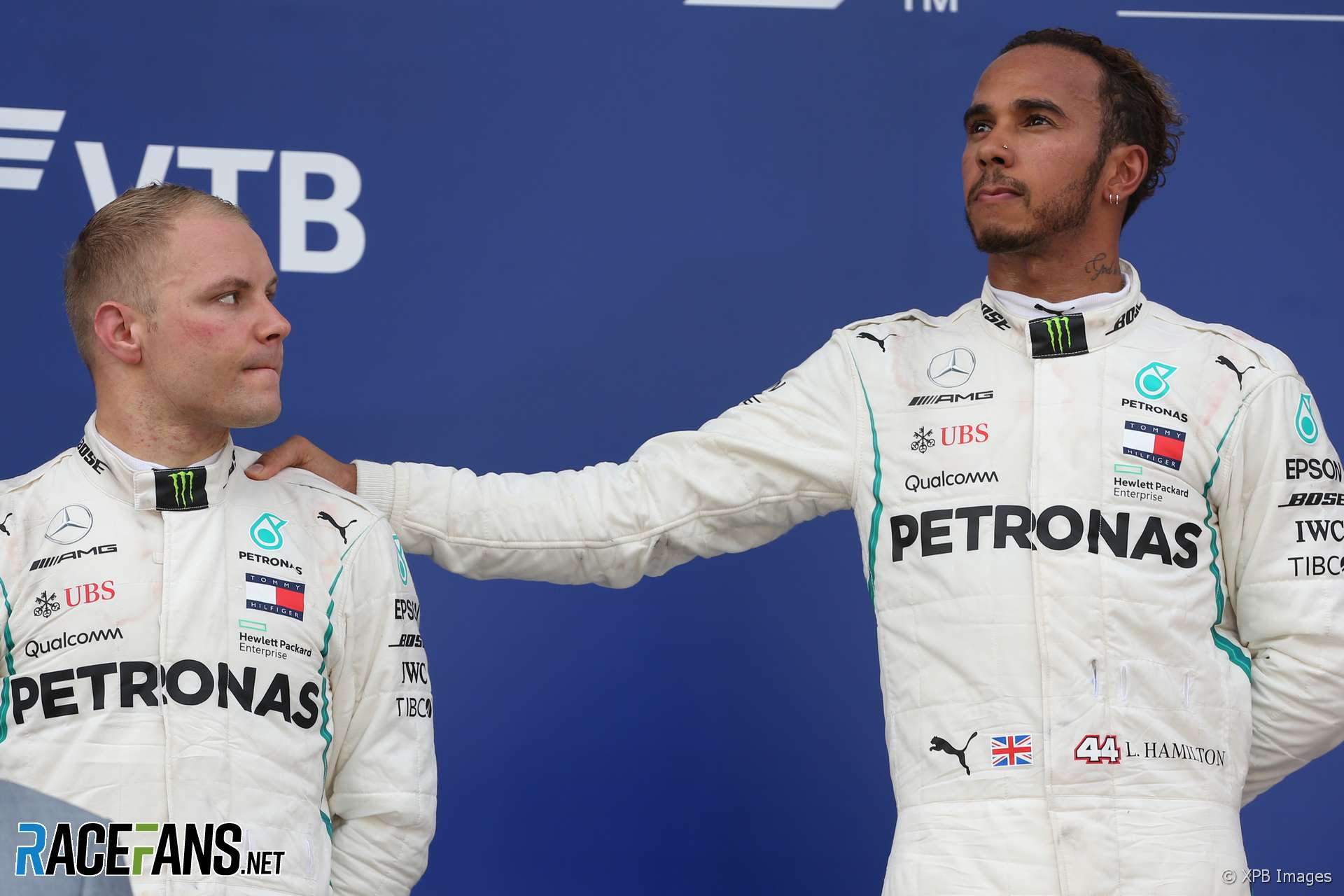 Lewis Hamilton says he’s unlikely to gift a win to Valtteri Bottas in return for the victory his team mate handed him in the Russian Grand Prix.

Hamilton won in Sochi after Bottas was ordered to let him through earlier in the race to help guarantee Hamilton won the championship. Hamilton has since clinched the title, but said he is unlikely to give Bottas a win back and ruled out the possibility of Mercedes instructing him to.

“The team are not going to make that call,” said Hamilton.

“If I’m in the position – it’s not something I’ve asked Valtteri if he’d want that – but I don’t think he’s going to want that. He’s going to want to win it in his own way. So I don’t know if I’ll be doing him any favours in the sense of giving him a win.

“I don’t think he needs that anyway, I think he can do it himself. So all I can do is try to make sure I’m supportive throughout the process, throughout the weekend. I’m always really open with my set-up so I’ll continue to do so.”

In the aftermath of the September race Hamilton said he would have “no problems” with giving Bottas a win in return for their Sochi position swap.