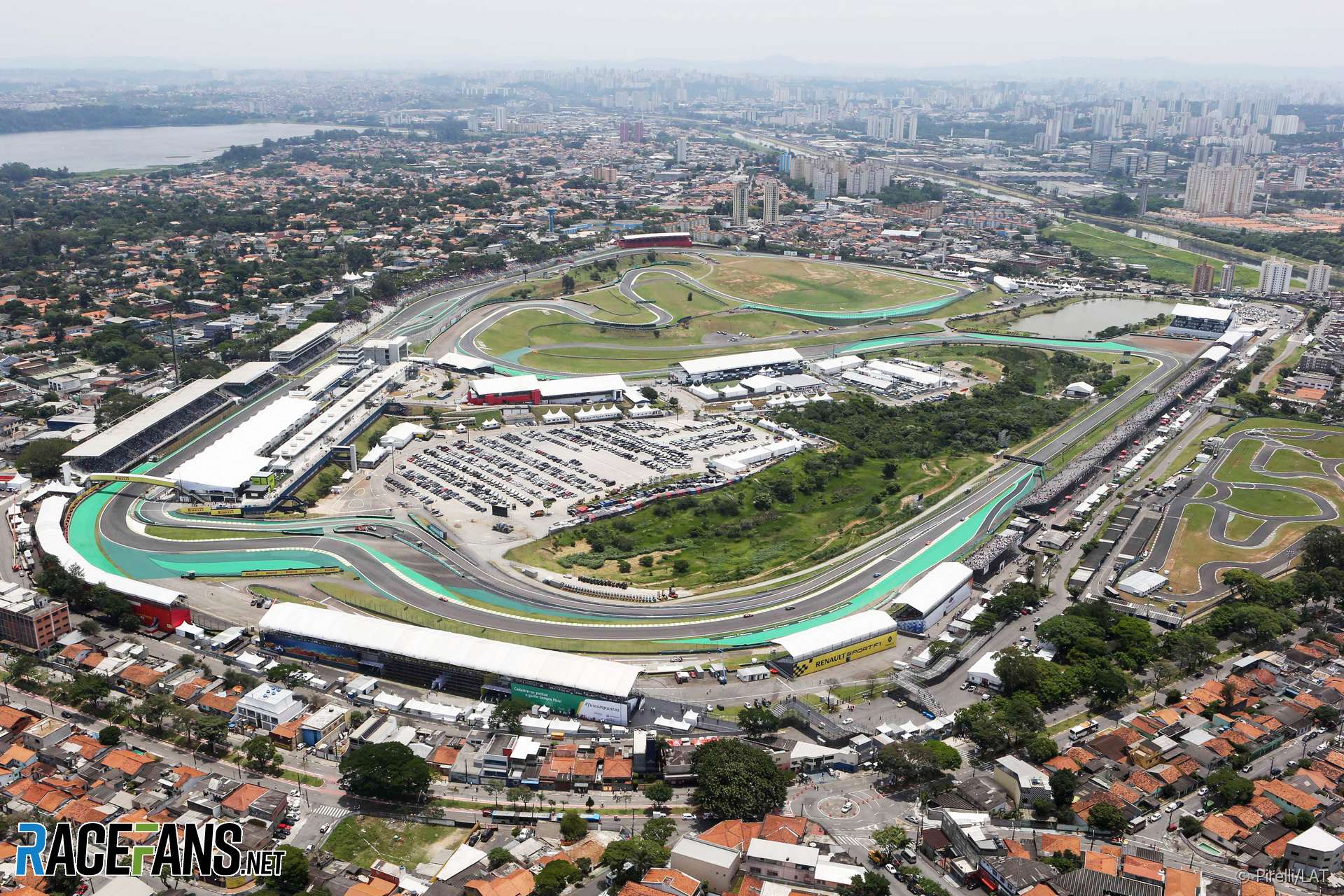 During today’s pre-race activity at Interlagos several drivers referred to the chance rain might affect the Brazilian Grand Prix.

McLaren’s Fernando Alonso was one of them. “We have some unsettled weather for Saturday and Sunday so maybe that give us also other possibilities,” he noted.

But current forecasts indicate the rain may arrive too late to affect proceedings.

The track action will begin on Friday under cloudy skies but the chance of rain during either of the two practice sessions is low. The weather will remain on the slightly cool side for this race – around 23C, little more than it was on Thursday – but the mercury will climb over the weekend.

The cloud will be less thick on Saturday and the sun could break through ahead of the start of qualifying at 3pm. The knock-on affect of this could be a rise in track temperatures. As the afternoon turns into the evening the chance of rain will increase and there’s a good chance of a substantial shower around this time. By race day, however, the weather will clear again.

Sunday is expected to be warmer again – up to 28C – with more sustained spells of sunshine up to and throughout the race. A characteristic Sao Paulo thunderstorm is expected to follow, but with the race due to start at 3:10pm local time, there is only an outside chance this could happen before the end of the race.

Weather forecasts change quickly in this part of the world, however, so the teams will be keeping a close eye on their radars.