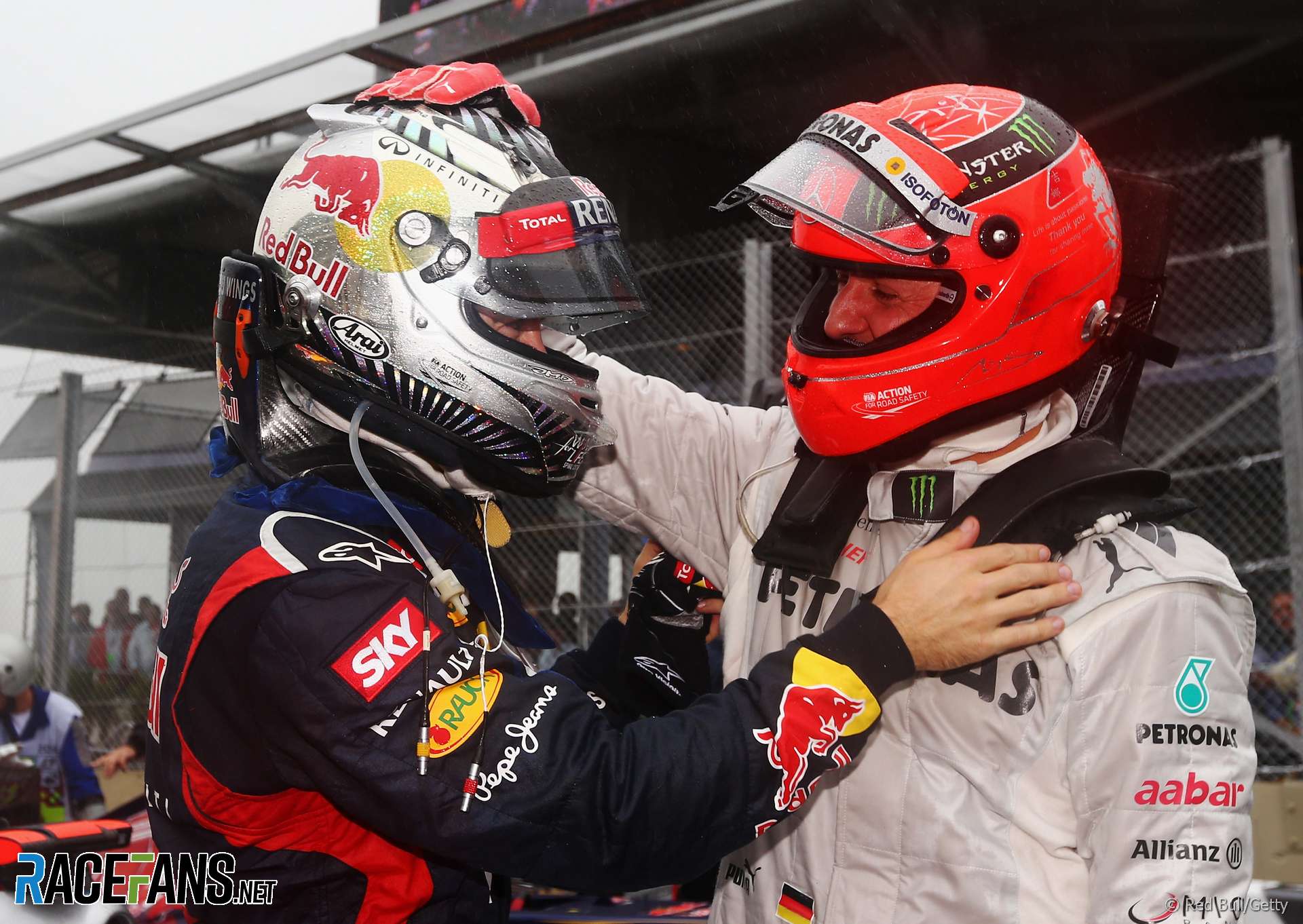 Michael Schumacher’s records remain a long way off being beaten despite the gains Lewis Hamilton has made in recent years, according to Sebastian Vettel.

Hamilton won his fifth world championship this year which leaves him two short of matching Schumacher’s all-time record. He’s also moved closer to Schumacher’s record of 91 wins, which he is now 20 away from reaching.

Vettel, who has won four world championships and 52 races, said it’s “difficult to compare” his and Hamilton’s achievements with previous drivers. “Yes, you can compare, but every time is different. I think comparing maybe with the generation of Michael is probably easier but comparing back is more difficult.

“I don’t know, I think it depends in the next years how competitive we will be [and] how competitive Lewis will be. It’s impossible to predict. I still think that Michael’s numbers are quite far away.”

The Ferrari driver was praised for his gracious reaction to losing the championship in Mexico. He said his response was the “normal” was to acknowledge defeat.

“Obviously it’s not nice to lose. But if you do, I think for me it was normal, you just respect the other side. It’s part of the game that we play.

“I mean, there’s bigger things in life than what we do on the track but for us they are big because they’re a big part of our lives. So I think it’s part of normal behaviour, I would say, to respect when others are just a bit better.”

Ferrari are still able to beat Mercedes to the constructors’ championship. Vettel said the team’s improved form in recent races gives them cause for encouragement.

“It’s still a fight for the constructors’, that’s what we’re focused on. We try and out-score them by as many points as we can and then we see whether it’s enough. It is difficult to predict.

“Obviously we have brought the car back to where we know it and with what we feel more comfortable with. In the last two races I think we have been more competitive. Hopefully we can keep that up and be competitive here and in Abu Dhabi and give them a very hard time so we’ll see.

“Here it’s always difficult to predict. Interlagos has something magic about this place, things just happen normally. We’ll see how the weather turns out, how everything turns out, it’s going to be a challenging weekend.”