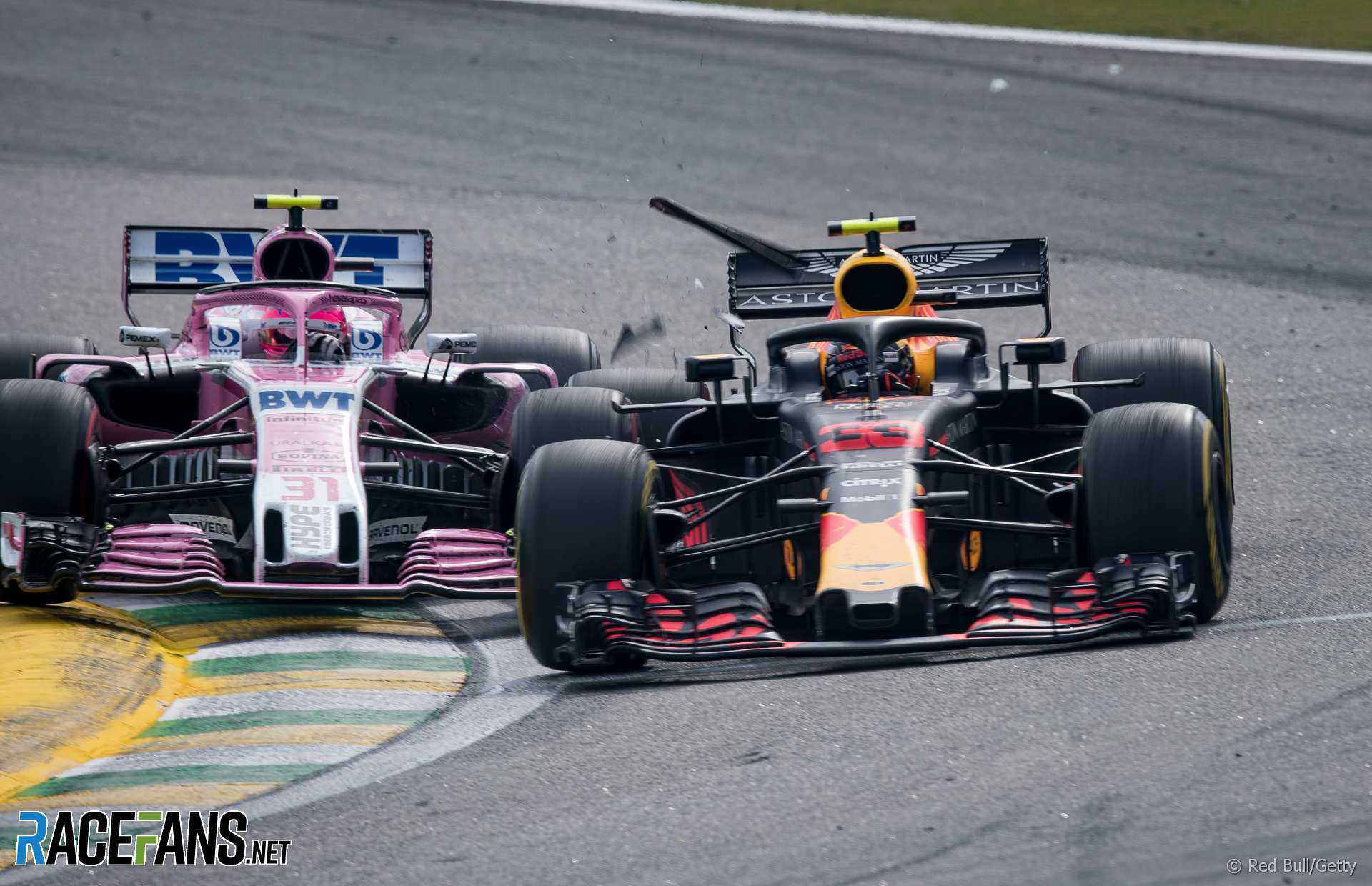 Lewis Hamilton believes Esteban Ocon was not wholly to blame for his collision with Max Verstappen, saying it would have been “simple” for the Red Bull driver to leave him room.

Ocon, who was a lap behind Verstappen, knocked the leader into a spin and left him with damage which allowed Hamilton through to win the race. The stewards gave Ocon and 10-second stop-and-go penalty – one of the harshest penalties available – for causing the collision.

But Hamilton said Ocon had a right to attempt to un-lap himself from the Red Bull. “I’m pretty sure there’s no rules says that you can’t un-lap yourself,” said Hamilton. “I’ve done it before.”

Ocon was running on super-soft tyres and lapping more quickly than Verstappen. “Ultimately when you’re in Ocon’s position you’ve got nothing to lose,” Hamilton pointed out.

“You want to get through. You’ve got much quicker tyres. You’re trapped if you got much quicker tyres and the guy in front it’s not pushing that out, which Max wasn’t he was saving his tyres. So he’s cruising, holding him up. You’re gonna go for it try and get by and move yourself forwards.

Verstappen should have allowed more space for Ocon, said Hamilton. “You can never assume that the person is not up your inside because he’s a backmarker and he’s going to back off.

“You’ve got to assume, you’ve got to be acknowledge the fact that he may be there so I’m going to leave extra space. Because actually he’s in a different race to me. That’s my opinion about it.

Ocon apologised to Verstappen in a social media post after the race. “I’m very sorry for Max,” he wrote, “crashing with a lap car should never happen it was his race to win.

“But on my side I got told to un-lap myself as I was quicker on a fresh set [of tyres], and it was not an option to lift in the straight line. It is an unfortunate incident and of course we don’t want to see those things happen.”

63 comments on “Hamilton: Verstappen should have left room for Ocon”