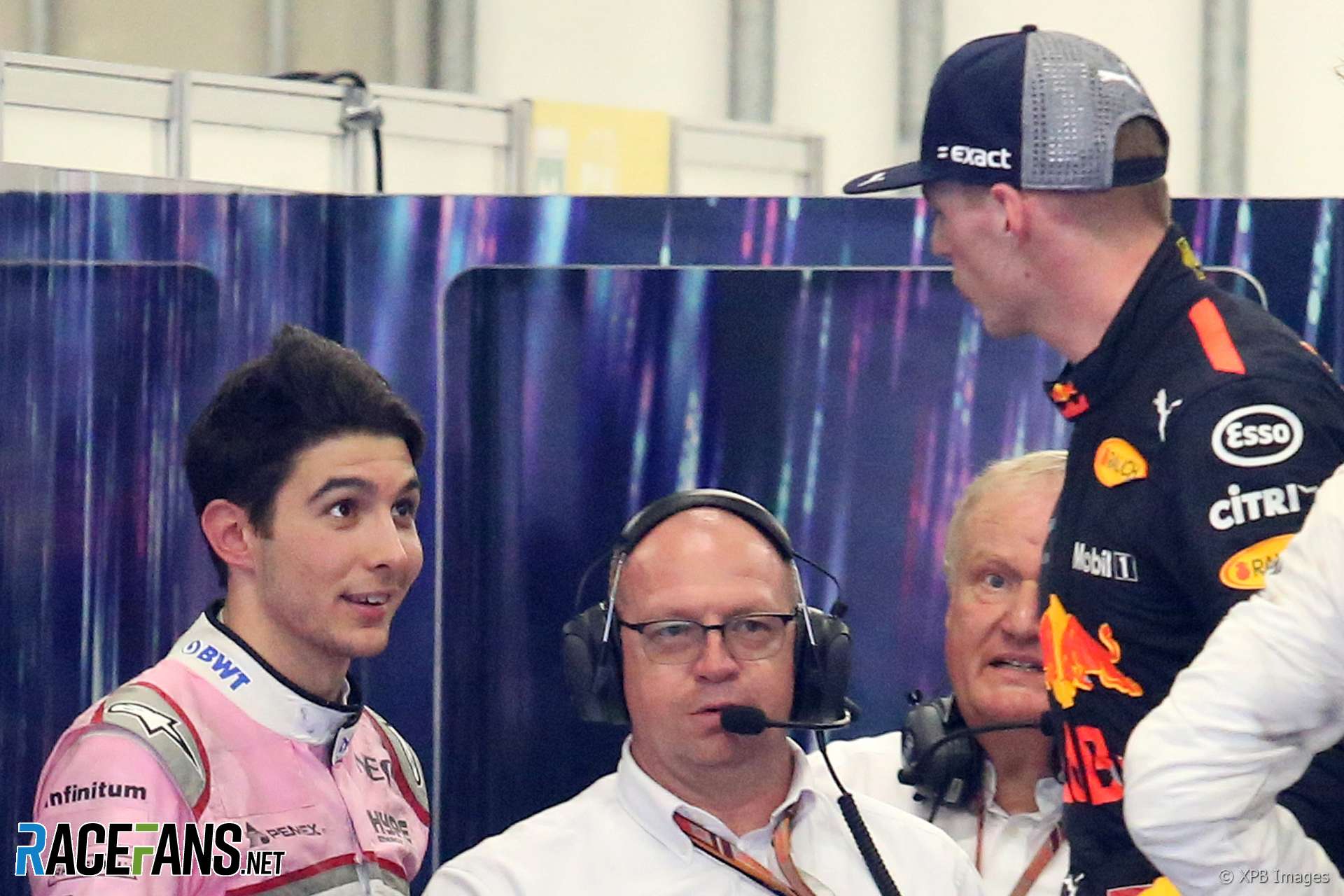 Let’s have a round of applause for Esteban Ocon.

Not, of course, for the woeful incident which cost Max Verstappen victory in Brazil yesterday. The Red Bull driver had put in a superb performance and was on his way to a victory which would have ranked alongside Lewis Hamilton’s German GP triumph as one of the best of the season.

What Ocon deserves praise for is the tremendous restraint he showed when his former karting and F3 rival came looking for a fight in the FIA weighing area after the race.

Footage of the incident shows Ocon replying to an unheard comment from Verstappen, who then began to push the Force India driver while he was still talking. Ocon raised a hand in defence, prompting Verstappen to shove him again, forcing him off the weighing platform. The pair continued to remonstrate as Verstappen began to walk away, then returned to shove Ocon a third time.

As F1 driver bust-ups go, this is far from Serra/Boesel, Piquet/Salazar, Senna/Irvine or even Schumacher/Coulthard territory. Verstappen was clearly hoping for more; asked in the official FIA press conference whether Ocon had “antagonised” him, he complained only that his rival was “being a pussy”.

When he chooses to, Verstappen is quite capable of expressing himself in clear, forthright and persuasive terms. He doesn’t need to stoop to this kind of behaviour.

But he comes from a background with a troubling reputation for violence. In 2000 Max’s father Jos, while still an F1 driver, was found guilty of fracturing a 45-year-old man’s skull in a fight at a kart track two years earlier. He avoided a prison sentence after an out-of-court settlement was reached.

This was not a one-off. In 2008 the elder Verstappen received another suspended jail sentence when he breached a restraining order against former wife Sophie Kumpen – Max’s mother – when he was found to have send her threatening messages. He had another brush with the law following an alleged assault of a former girlfriend in 2012. Just last year he was arrested again following a fight at a beach club.

Clearly, if Jos Verstappen ever gave his son the standard parental talk about resolving differences with words rather than violence it would have been an exercise in hypocrisy. And it’s equally obvious Verstappen has received no better instruction from his team.

Shamefully, Red Bull team principal Christian Horner went on television and egged his driver on. Ocon was “lucky to get away with a push”, he said.

FIA race director Charlie Whiting, speaking before the stewards responded to Verstappen’s behaviour, brushed these remarks aside after the race. “It’s not a great thing to hear,” he said. “But in the heat of the moment and having lost a race that they would probably have won I can understand comments like that.”

The stewards ruled Verstappen “made deliberate physical contact” by “starting an altercation, pushing or hitting Ocon forcefully several times in the chest”. They found he violated article 12.1.1.c of the International Sporting Code which forbids “any fraudulent conduct or any act prejudicial to the interests of any competition or to the interests of motor sport generally.”

For all this, they handed down a toothless sanction: performing two days of public service for the FIA. A tedious exercise, no doubt, but hardly an incentive to improve his behaviour.

Predictably, Verstappen attempted to justify his response with the weak straw man defence that he is “passionate about the sport” and “it would be odd if I would shake his hand.”

Of course we want drivers who are passionate about the sport, and of course that can be positive and negative. But passion and violence are not the same thing. The former does not justify the latter. And tolerating violence of any degree is tolerating violence.

The FIA has not taken heed of the warning signs that Verstappen’s behaviour is getting worse. Discussing his fury at being beaten to pole position by Daniel Ricciardo in Mexico he said: “I could literally do some damage to somebody if somebody would say something wrong to me after qualifying, that angry I was.”

However angered Verstappen was by the Ocon collision, the FIA should have sent the message that responding with violence is always worse than a sporting misjudgement committed in good faith. Ocon received a 10-second stop-and-go penalty for clunking into the Red Bull; the FIA should have responded to Verstappen’s behaviour afterwards by throwing him out of the race.

There is precedent for this. In the European F3 championship two years ago Nikita Mazepin was banned from a race for punching rival Callum Ilott. The FIA should have done the same to Verstappen, and taught him a lesson he should have learned at home.