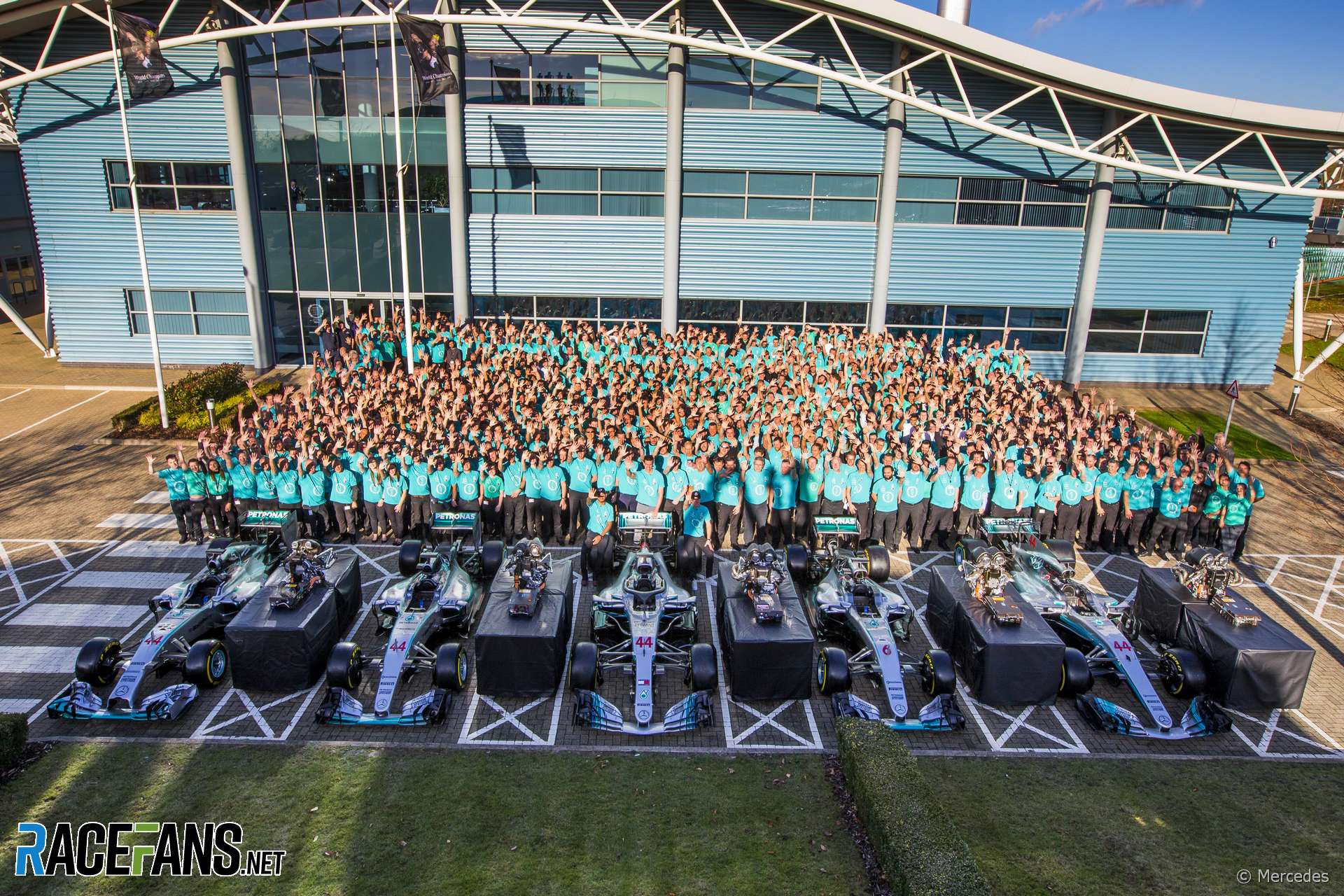 Mercedes have celebrated winning their fifth consecutive Formula 1 constructors’ championship at their team factory in Brackley and engine development centre in Brixworth.

The team put all five of its championship-winning cars and V6 hybrid turbo power units on display.

Hamilton, who won his fifth drivers’ title this year, told the team “I just want to take a moment to say thank you everyone. I’m just incredibly proud of everyone’s hard work.

“I know it’s been a tough year for everyone here, so thank you all. It’s been a privilege and absolutely awesome to drive this car.

“All the cars before have been pretty great to drive, but this has been the car that I’ve enjoyed the most in all those years. I felt like it enabled me to bring something out of myself that I knew was there, but not every year you’re able to extract it within the car – this is from all the hard work you have done.”

Team principal Toto Wolff told the assembled staff: “We all embrace the challenge, we take our competitors seriously and we all try to continuously progress as human beings and as professionals in our jobs in order to raise the bar. This constant striving for improvement, trying to be better every single day, is exactly what makes you win championships.”

Red caps were handed out to all the team’s staff to pay tribute to non-executive director Niki Lauda, who is recovering from a lung transplant earlier this year.

“Today, we’re also paying special tribute to Niki,” said Wolff. “Niki, you probably would have told us that we shouldn’t be so “damn emotional” today, but I think I speak for all of us when I say that we miss you and very much look forward to seeing you again soon.”

36 comments on “Pictures: Hamilton and Bottas celebrate fifth championship at Mercedes base”