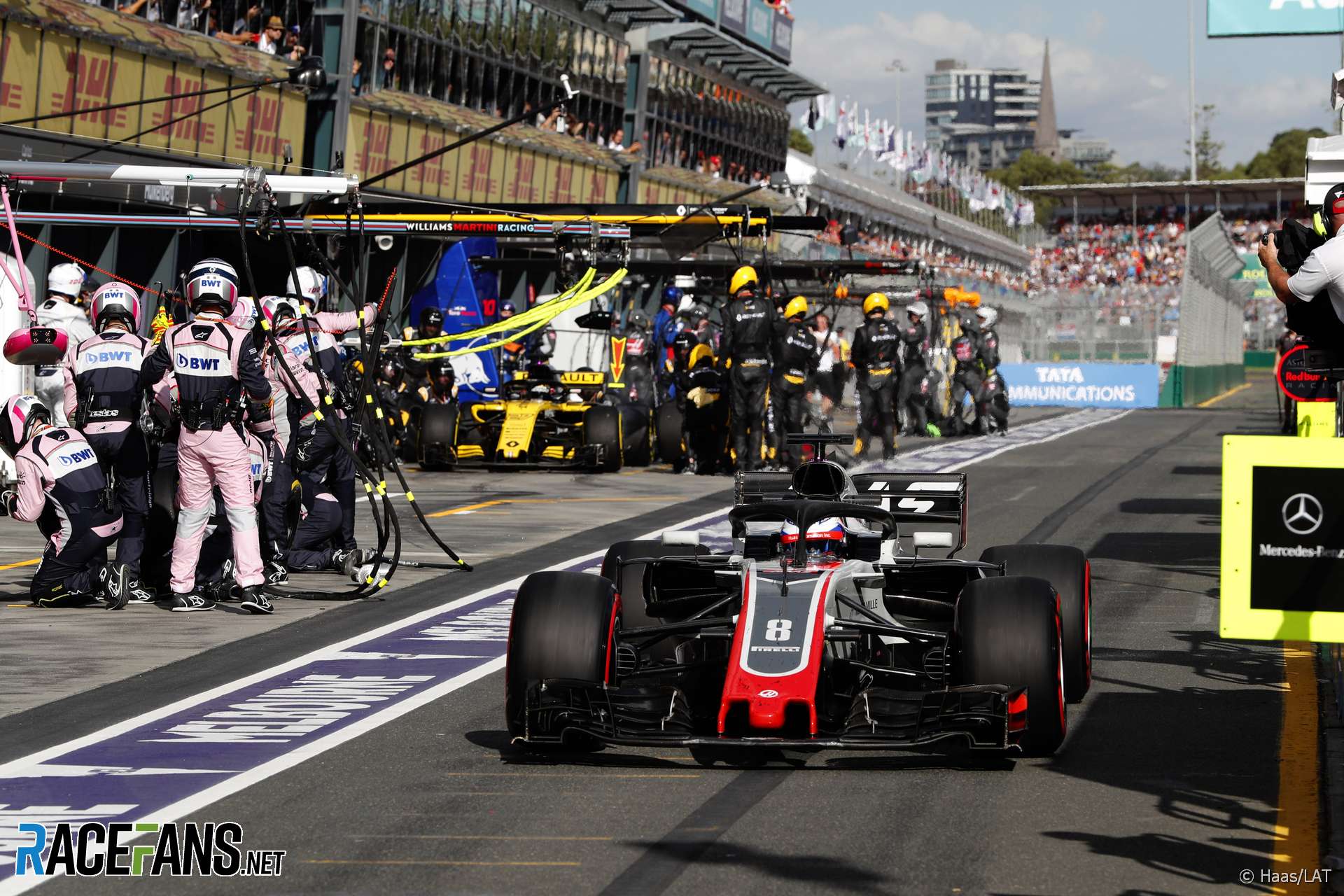 Haas team principal Guenther Steiner says the team’s double retirement due to pit stop errors in the first race of the year did the most damage to its hopes of finishing fourth in the championship.

But a poor run of races plus the loss of eight points Romain Grosjean scored at Monza following a protest by Renault has left them likely to end the year fifth.

“After the mid-season break we didn’t have a few strong races,” said Steiner. “Then we had the protest, one thing to the other. In Mexico we had a very bad race.”

However he cited the season-opening round as the team’s biggest setback. The team’s drivers were running fourth and fifth when pit-stop errors forced both out.

“I think fourth place was lost in Australia more than anything else,” said Steiner. “22 points, plus the points which Renault scored, we would be still fourth now.

Nonetheless Steiner believes the young team should be proud of its achievement this year. “You don’t ever forget we are in our third year and it’s still quite a good achievement to beat other people,” he said.

But, he admitted, “in theory we should have beaten Renault without some mistakes [by] us, without the protest.”

The team is resigned to ending the year fifth in the points behind Renault, who have a 24-point lead over them heading into the final race of the year.

“Some fights you win, some you lose but in the end I think for the whole team it’s still a good result if we finish fifth, which we should now [unless] something magic happens in Abu Dhabi. I think we can be happy with that.

“You’re always frustrated a little bit because you always know you can do better. That is racing.”