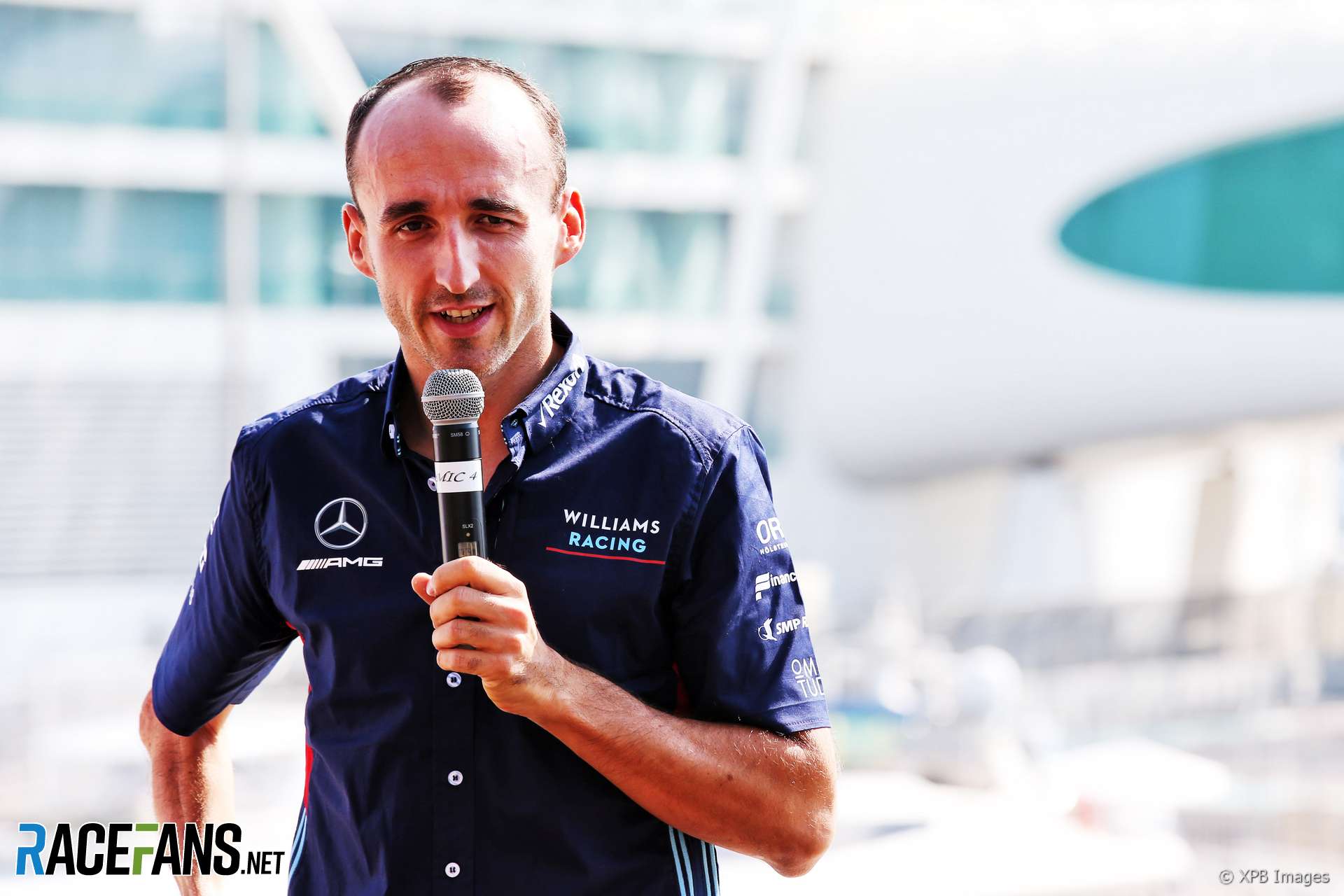 Robert Kubica says his return to Formula 1 next year “shows nothing is impossible” in his first interview since confirming his comeback.

Williams announced this morning Kubica will partner George Russell at the team next year.

Speaking to media including RaceFans in Abu Dhabi, Kubica said he understood why many thought he could never return to F1 after suffering serious arm and chest injuries in a 2011 rally crash.

“It’s a story which probably nobody has believed,” he said. “The only one who probably never gave up was myself and the people around me, I’d like to thank them. But we all knew it might be something un-achievable.

“This day shows that somehow, nothing is impossible.”

Kubica said he will prove he is capable of driving competitively despite the injuries he suffered seven years ago.

“From a driving point of view the point is very simple. You just need to wait two months and you will see. I think if I was not able to drive competitive enough I would not be here.

He said it is “normal” for people to “see my limitations and [ask] how it’s possible I can do it.”

“I know it’s hard to believe but I think Williams has seen it this year and I have seen it in the last 18 months since I first drove an F1 car in Valencia last year that I can do it. My limitations are not limiting myself as most people are thinking.”

He described how he realised while testing for Renault last year that he could be able to return as he was able to drive a car “naturally” again.

“In order to drive at the top level you have to drive as naturally as possible. It has to come from no thinking, just driving.

“The turning point was last year when after a few tests in F1 I realised I’ve actually started driving naturally. Then of course I had to adapt my driving more of a technical point of view because the cars had changed a lot. But this I’m happy with what I did this year. And that’s it. There is nothing more to add.”