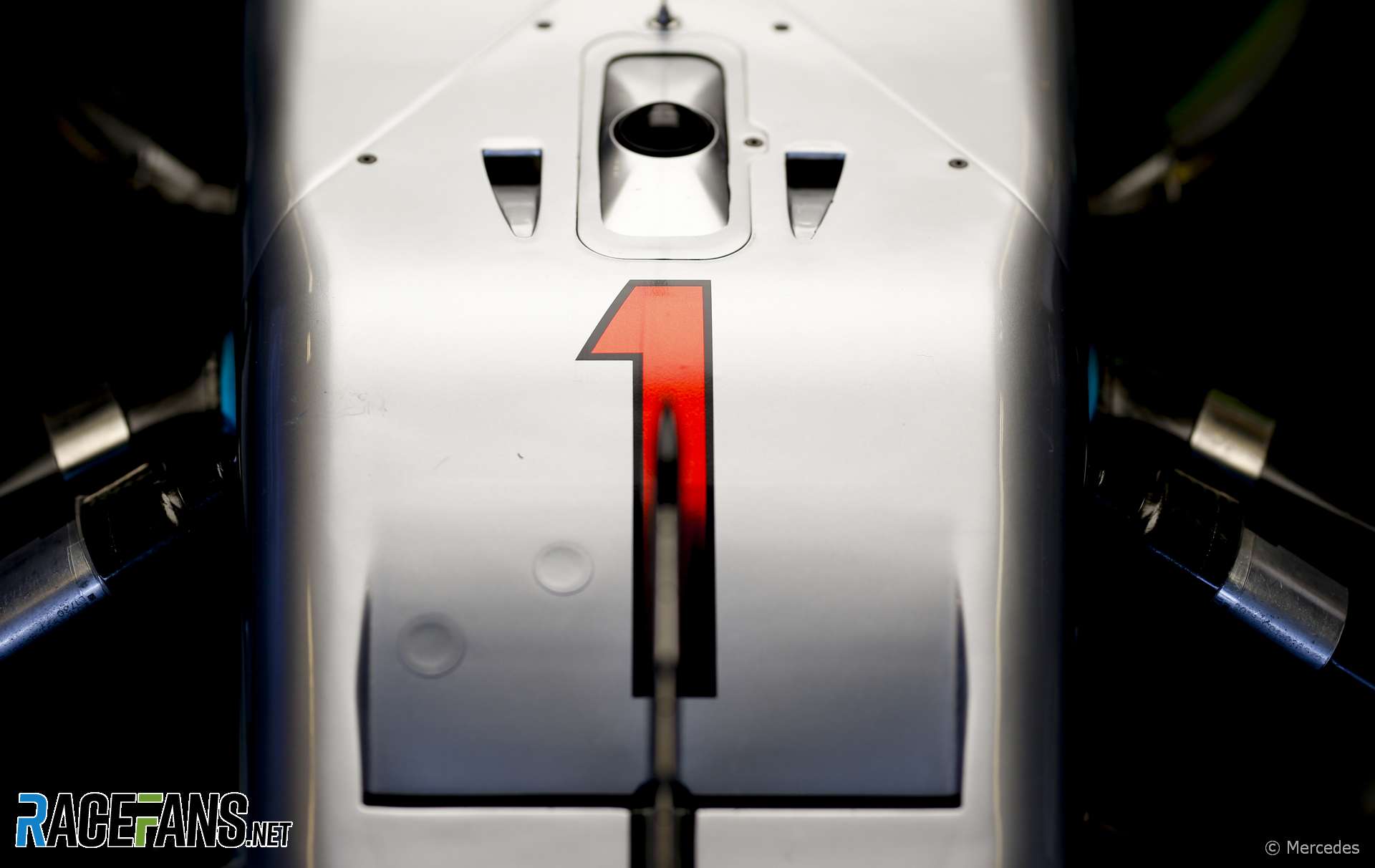 Lewis Hamilton says he chose to run the number one on his car as a one-off because his engineers had asked him to.

Mercedes have never run a number one on their car despite their drivers having won the last five world championships in a row. The team also took Jenson Button to the 2009 title when it was Brawn, the year before Mercedes took over.

“I personally don’t like it,” said Hamilton when asked why he had chosen to use the number. “I don’t like it at all.

“The reason I did it is I’ve been here for six years and I remember when the team had number one when Jenson won the world title, and [he] moved to McLaren and brought the number one with him, it’s strange that McLaren would then have the number one on the car.

“So since we’ve been world champions we’ve never had number one on the car. And I thought it would just be cool.”

Hamilton was officially entered as number 44 this weekend but displayed number one on the front of his car during first practice only.

“I remember the engineers and the mechanics asking me at one stage asking me if I would do it,” he said. “And I thought it would be cool to just have it on the car for one session so at least they will have a picture somewhere that they could be proud of with that ‘we were number one’.

“Because 44 doesn’t really… that’s my special number. And in actually fact everyone on the team, on my car particularly, were saying to me they’re travelling they’ll see a bus number 44 or a flight or seat number 44 and it’s becoming part of their lives. Which is great because it’s exactly how it was with me. So it was cool.

“But it was just for one session, it doesn’t really mean anything.”

31 comments on ““I don’t like it at all”: Hamilton explains his one-off number one”