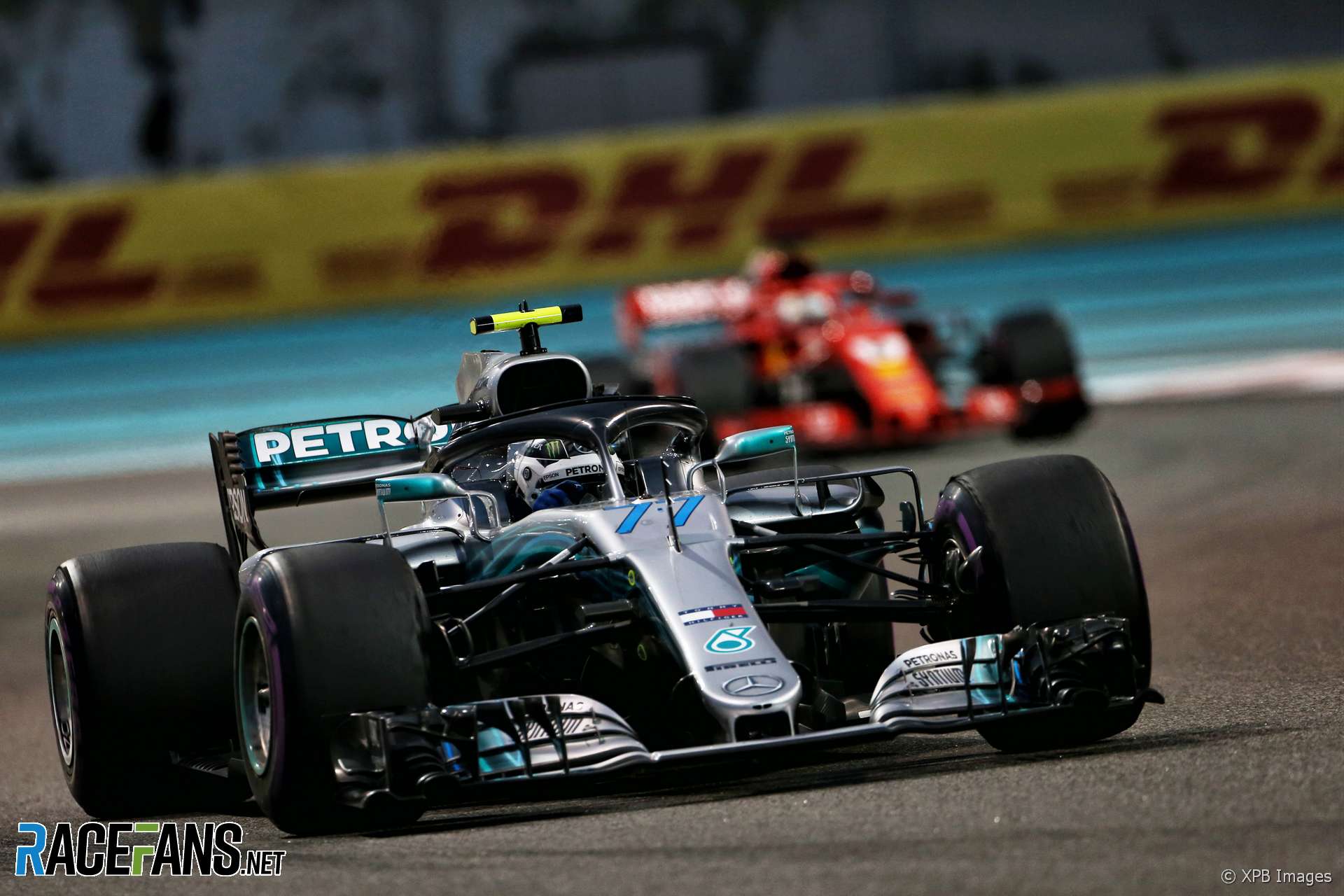 A dejected Valtteri Bottas says he was just waiting for the season to end over the final laps of the Abu Dhabi Grand Prix.

The Mercedes driver started on the front row of the grid but dropped from second to fifth in the final stint as he suspected a problem with his car. He made a second pit stop which left him out of touch with the leaders.

Bottas said his final race of the year reflected a season which began promisingly but ended in disappointment.

“I think overall the race sums up the season quite well: started off quite well and then everything turns to shit.

“I had initially a lock-up into turn five, when Sebastian [Vettel] got close, and then he got DRS and overtook me.

Initially I thought it was purely my mistake – which in the end it was. But the wind suddenly turned around so for the wind I would’ve had to brake a bit earlier, but at the same time, the team could find on the rear right brake some vibration and some issue.

“So sometimes the front brakes had to work harder than the rear brakes to compensate and that meant there were sudden lock-ups. The same thing happened when I went straight and [Max] Verstappen got close. So we still need to investigate what was exactly the issue with the brakes.”

Bottas also damaged his floor when he and Verstappen made contact, but he dismissed the collision as a racing incident.

“It’s just racing. We both wanted to gain the position. Yeah, we did touch, I was the one who lost there, as I lost the position and also I had floor damage and we had to do a pit stop also in the end. But for me it was racing, it was fun.”