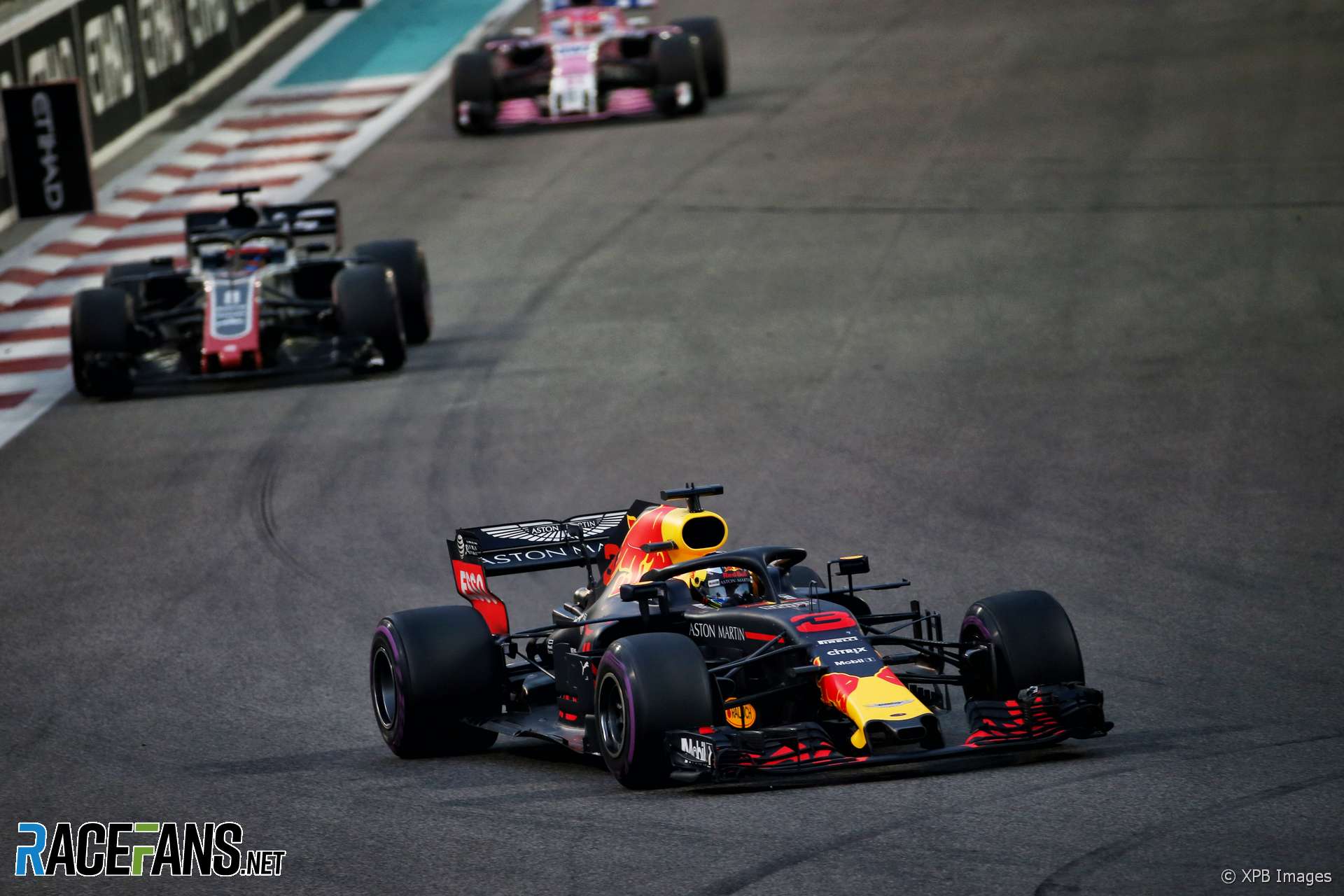 Daniel Ricciardo says Red Bull were caught out by Mercedes’ strategy for Lewis Hamilton and didn’t expect him to have a strong run to the end of the race after pitting early.

Ricciardo led the race after running a long opening stint but dropped out of the podium places after his pit stop, which left him behind team mate Max Verstappen.

“I would have loved a podium,” Ricciardo admitted afterwards. “I can’t be ecstatic with fourth.”

Ricciardo said he had a “lonely” end to the race. “I couldn’t really do much. Obviously third and fourth for the team is solid. We close this chapter now. Thanks to Red Bull and the whole Red Bull family. I would have loved to drink out of my shoe!”

“But as a whole the time here was good,” he added, “some amazing memories and a lot of things I’m sure I’ll reflect on in a few hours.”

However Ricciardo said he wasn’t sure there was a better strategy possible for him in the race.

“It wasn’t the most exciting race,” he said. “I led a bit, that was fun, but it just put me out of reach then with the leaders. I don’t know if we had much of a choice.

“Obviously we could’ve pitted early and kept track position but it’s always hard to know. I think Lewis [Hamilton] pitted really early and we didn’t think that would go to the end so strongly.

“It was alright, just a bit kind of helpless at the end, I couldn’t really kind of do much. The pace advantage initially was strong and it fell away quite quickly. We just probably weren’t quick enough.”

39 comments on “Ricciardo: We didn’t think Hamilton would be so strong at the end”