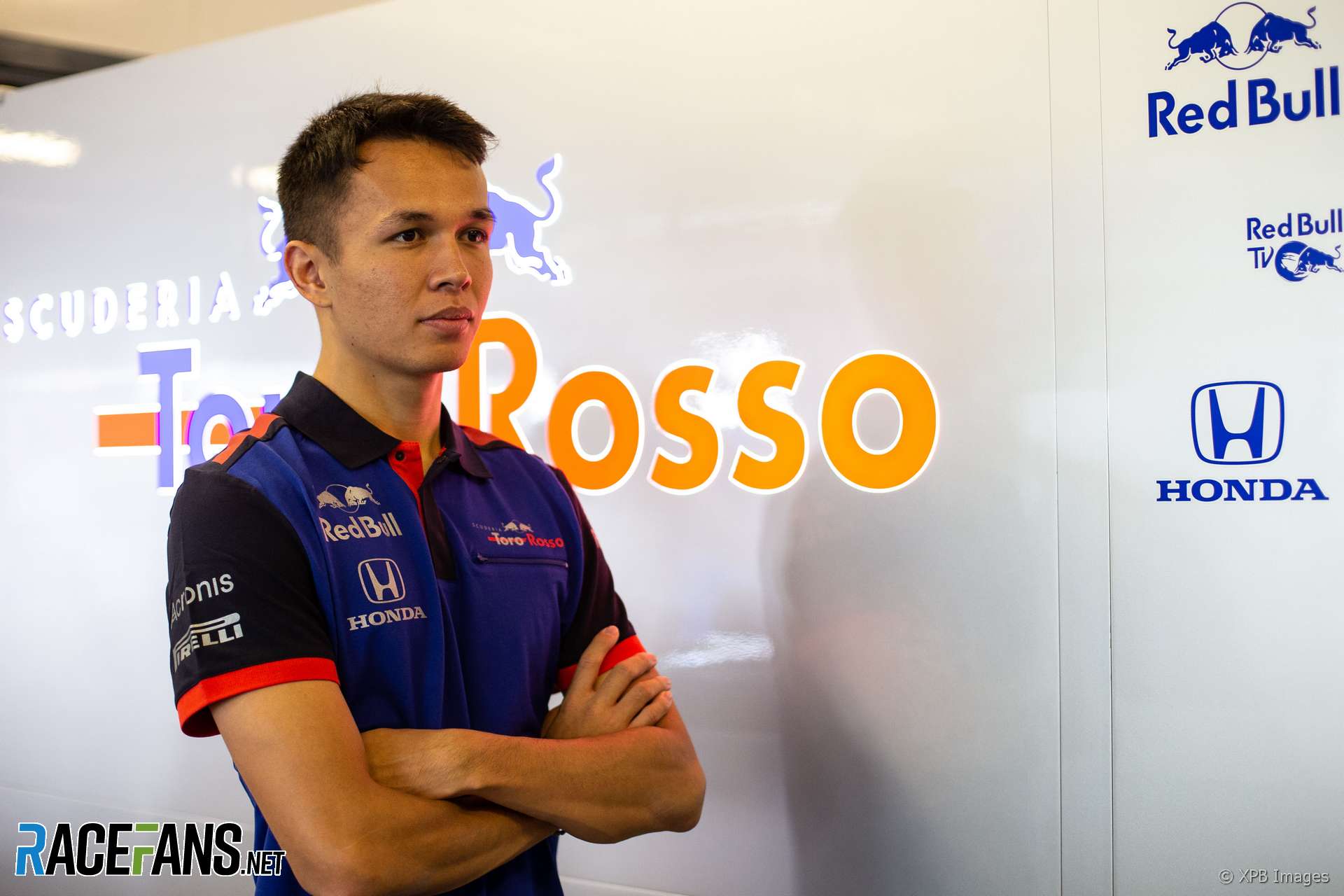 New Toro Rosso Formula 1 driver Alexander Albon says Red Bull was his only chance of getting into the sport’s top flight.

Albon, who was a Red Bull Junior Team driver until being dropped in 2012, has been recalled by the team to drive alongside Daniil Kvyat next year.

Losing his place on the programme was “very tough”, said the 22-year-old. “It was a difficult year for me for numerous reasons, not least because of my results, but it made me work that much harder.” Albon’s mother Kankamol was jailed in 2012 and later released.

“I was on the brink of stopping racing all together. Since then, I knew I had to impress every time I drove and fortunately Dr [Helmut] Marko gave me a second chance.”

Albon said he “never gave up” on his dream of reaching F1. “I needed to believe that it could still happen.

“Having said that, I knew that my chance of going to F1 was very slim as I didn’t have a proper budget. In reality, the only way I was going to have the opportunity was through Toro Rosso [and] Red Bull, but as we all know, it is not easy to impress Dr. Marko.”

Red Bull informed Albon he had been given the drive on Monday afternoon following the Abu Dhabi Grand Prix. “I was told that I was now confirmed as a Toro Rosso driver and that the team was ready to make an announcement. I was in the shopping mall buying a pair of trainers so I rushed back to the hotel straight away!”

Albon had signed to drive for Nissan in the 2018-19 Formula E season but the team confirmed on Monday the two had split.

“I can’t say that it came out of the blue, because I have been trying to resolve my situation with Nissan e.dams to allow me to join Toro Rosso for the past few months,” he said. “I still couldn’t believe that it finally happened.

“My mum was the first person I called,” he added, “she was most probably more excited than I was.”

The London-born racer will be the second Thai driver to race in F1. The first, Prince Birabongse Bhanudej Bhanubandh, usually referred to as B Bira, was on the starting grid for the first ever round of the world championship in 1950.