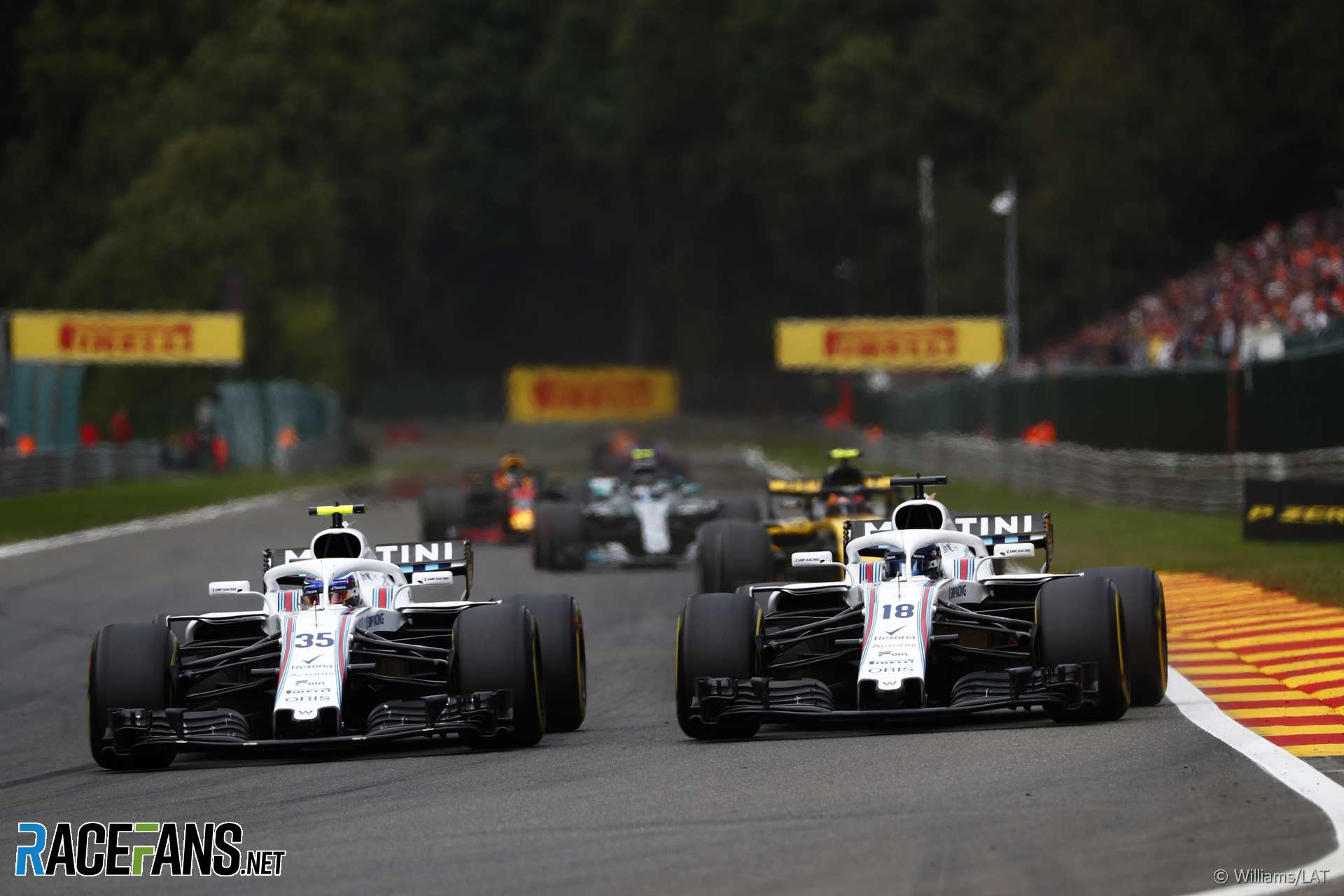 One of them has won a big promotion for the 2019 F1 season while the other is without a drive. But which of Williams drivers did best this year?

Lance Stroll, who has followed his father to Force India for next year, pointed to the bottom line when asked how he believed he had performed against his 2018 team mate.

“Well I’ve scored more points,” said Stroll in Abu Dhabi. “I’ve been in Q3, we’ve both been in Q2 the same amount of times.”

This is true enough, and not unlike Stroll’s situation last year. In his first season, up against the vastly more experienced Felipe Massa, Stroll’s points haul was the most impressive aspect of his season.

But focusing on the points tally in this case can be misleading. Out of a combined 42 race starts, the pair only registered three points-scoring finishes between them.

By other metrics, Stroll’s season was less impressive. Sirotkin out-qualified him, and while the margin wasn’t as decisive as Massa’s thumping 17-2 lead over Stroll last year, nor does Sirotkin have Massa’s pedigree.

In terms of race results, Stroll had a slight edge, thanks in part ot him gaining more places on the first lap than any other driver. At times he was too aggressive, however, such as when he carelessly lunged at Fernando Alonso in Austin. Sirotkin showed more circumspection, particularly after his own run-in with the McLaren driver at Baku.

Over the final 10 races of the year both drivers saw the chequered flag at every race and the pair were evenly split in terms of finishing position.

Stroll, still a teenager when he began his second full season of F1 this year, was up against a driver almost three years his senior with ample experience in junior categories who was nonetheless making his F1 debut. In order to prove there is something besides his father’s money keeping him in F1, Stroll needed to beat Sirotkin more decisively than he did.

The table below shows at which races Sirotkin qualified or finished in front of Stroll:

30 comments on “2018 team mate battles: Stroll vs Sirotkin at Williams”