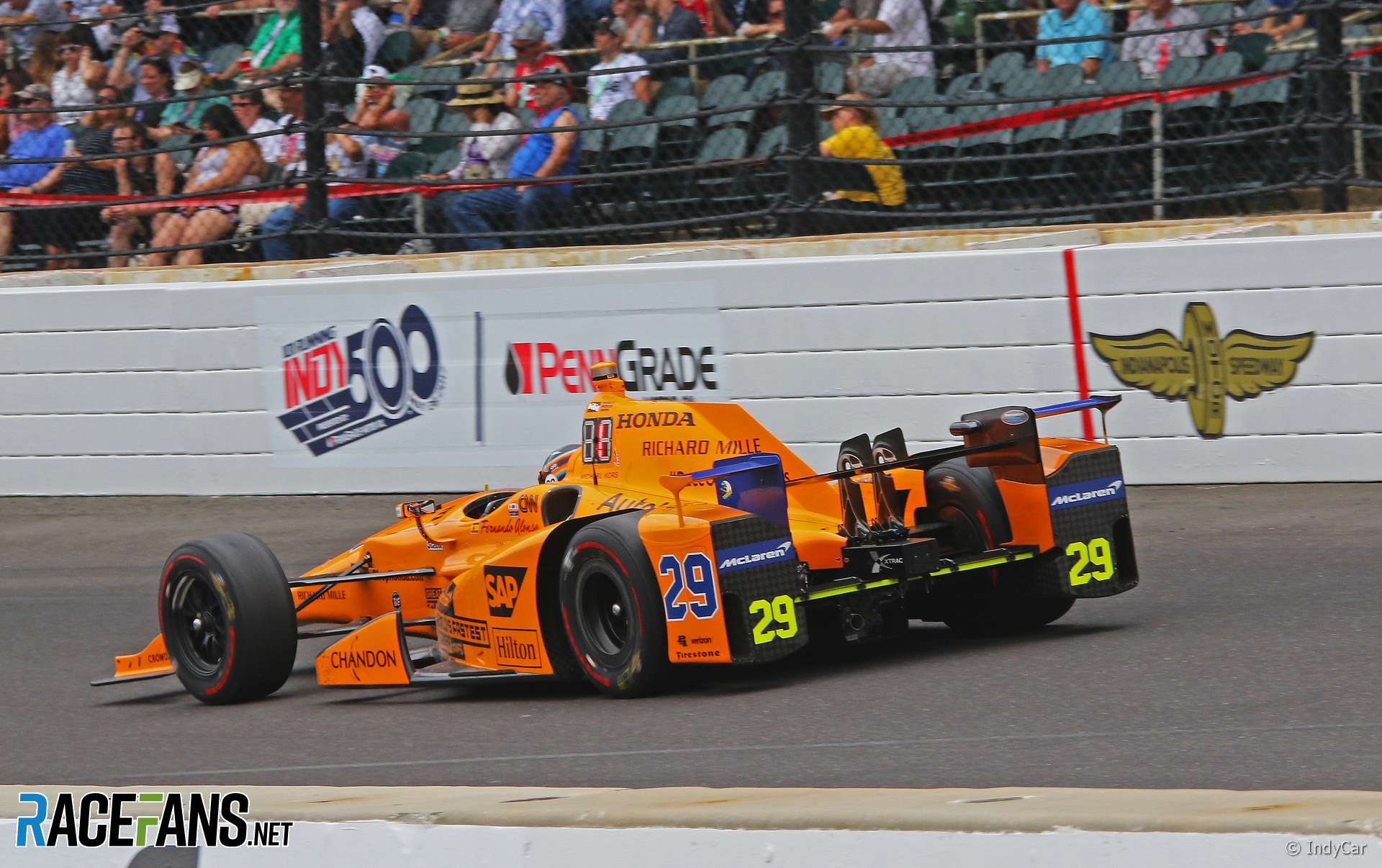 In the round-up: Fernando Alonso admits success in the Indianapolis 500, which he will race again next year, can be “random”.

McLaren is entering a team for Alonso in next year’s race:

It’s going to be tough. I think that race by itself is already very tough and very random, let’s say, because you need a lot of things into your way: the strategy, the luck, the yellow flags at the end, the Safety Car. All these things need to play into your way.

But with a new team, I’m trying to learn from zero not only myself also the team behind is going to be a little bit challenging. But we should be OK. McLaren has enough experience and enough talented people to run competitively there and we will go for it.

First day in the new office ✅. Over a 100 laps completed and lots of things learned. The car is so much fun to drive! Big thanks @SPMIndyCar for a great day! Can we start 2019 already!? pic.twitter.com/rIP2RydwOP

The barriers are not there to keep us out. There are are there to give us a chance to show how badly we want something. Barriers are there to stop the people who don’t want it badly enough.
📸 @FIA_F2 pic.twitter.com/QQs8TMhYU7

Ferrari would have won with Hamilton – Montezemolo (Formula Passion)

"He has had moments of weakness and crisis, but this year with Ferrari he would have won. I say that not to belittle Vettel, who has every opportunity to rebuild with a competitive car."

"Getting a jump start on next season, Dan Ticktum is now in Suzuka testing for the 2019 Super Formula Japan series where he will race against Red Bull Junior Team newcomer Lucas Auer. They are both part of the exciting initiative of Red Bull together with the Honda Formula Dream Project."

"For sure there were nights where I didn't sleep as I should have because I had a lot on my mind. Then that builds up and I was probably not as sharp as I once was."

"It is no surprise given his 2018 form to see Hamilton emerge as the clear winner, with eight of the nine team bosses who took part voting him as the top pick."

"The result is 'the races aren't fun,' as Haas driver and Grand Prix Drivers' Association director Romain Grosjean puts it. Not only that, he says, but if drivers aren't on the limit, they aren't going to make a mistake - and errors liven up races. Try to question Brawn on this, and he simply refuses to engage."

'The idea was to change Pirelli': photographer Albert Watson's 2019 calendar (The Guardian)

"Pirelli, whose annual calendar has been the epitome of 'sex sells' since it launched in 1964, are now seeking to re-position themselves as a celebration of photography itself."

We can all sit here and say “yeah but he had a bad car” or “He was up against one of the best of all time”, but the fact of the matter is that he was regularly mixing with Williams of Stroll and Toro Rosso of Hartley – two bad cars with two mediocre drivers – while Alonso was often on the tails of the Force Indias and Renaults.

Alonso, even by his own recently lofty evaluations, has always said he was never a qualifying supremo, so to not get it hooked up one single weekend is just inexcusable for Vandoorne.

Ultimately, I think Vandoorne’s biggest issue is that he just isn’t hungry enough for it… A bit like Bottas, he just doesn’t have that extra 5% in his DNA that makes him special like Alonso, Hamilton, Vettel, Verstappen etc…
Luke S (@Joeypropane)