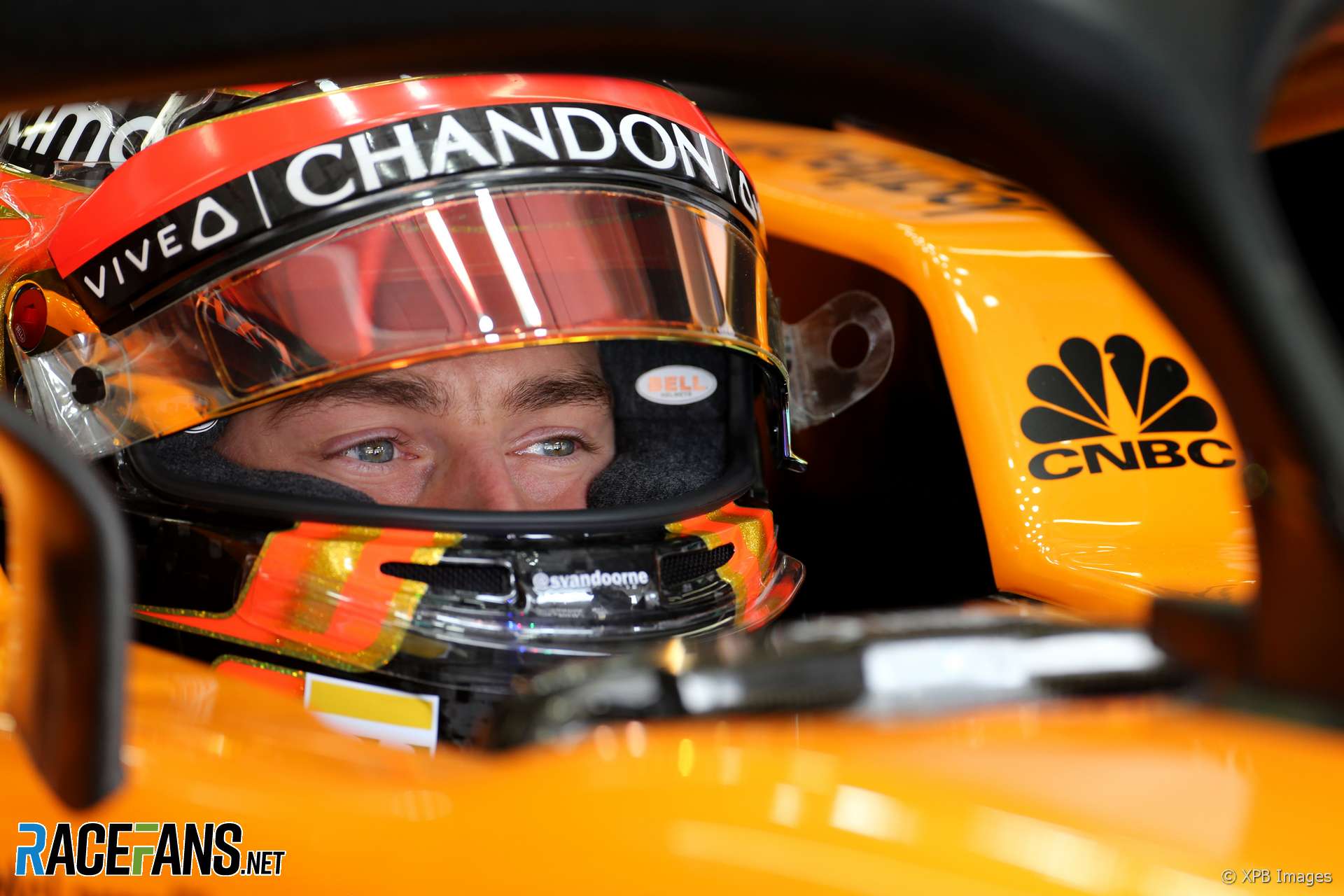 The stand-out detail of Stoffel Vandoorne’s second and – for now – final season in Formula 1 is that he was out-qualified by his team mate in all 21 races.

Of course it’s true Vandoorne had it tough in that he was being measured against one of the very best in Fernando Alonso. But that is the point of reaching F1 in the first place.

Besides which, it’s not as if Alonso was the only driver he had to beat. Vandoorne qualified last five times, yet Alonso never featured among the bottom two in qualifying. Even in Russia, where Alonso had a grid penalty and McLaren intended to use him to give Vandoorne a slipstream in qualifying, Alonso came out ahead again.

Faced with that excruciating qualifying scoreline and Alonso’s famed bludgeoning race pace, it’s no surprise Vandoorne was outscored by a ratio of more than four to one, even with Alonso logging more non-finishes.

It looked more promising after the first four races of the season, at which point Vandoorne had scored in all bar one of the opening rounds. But as McLaren failed to keep pace with their rivals’ development he endured a long, point-less streak.

The MCL33’s core weakness, an excess of drag, was exacerbated for Vandoorne when his chassis developed a problem at mid-season which meant it was also generating insufficient downforce. Once it was fixed he was on course to score in Hungary, but suffered an ill-timed breakage, and had to wait until Mexico to get back among the points-scorers.

To his credit, Vandoorne didn’t let his obvious frustration get the better of him. He stayed out of trouble, and only the Mercedes drivers and Sebastian Vettel finished more races.

His run from 15th to eighth at the Autodromo Hermanos Rodriguez was his highlight of the year. At a track where the car’s drag problem was nullified, Vandoorne pulled of a string of great passes to score the team’s final points of the season, edging them further clear of Force India in their successful pursuit of sixth place.

But it was too late for him to hold onto his place at the team.

What’s your verdict on Stoffel Vandoorne’s 2018 season? Which drivers do you feel he performed better or worse than? Have your say in the comments.