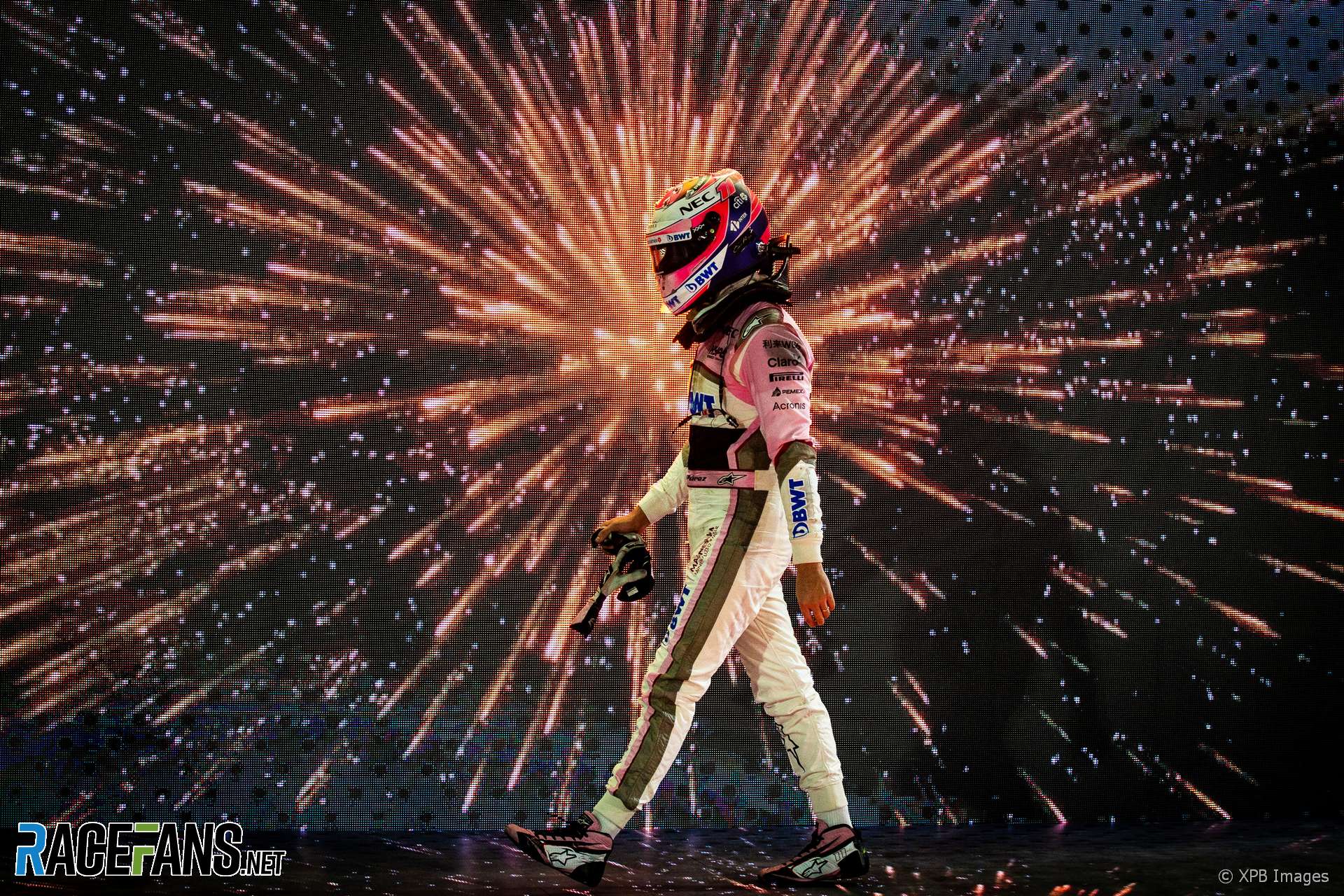 Sergio Perez was Force India’s top scorer. But there was no ignoring the fact Esteban Ocon, in his second year alongside Perez, was the quicker of the two.

The pair had a strained and, at times, destructive relationship. The trouble began in Canada last year when Ocon found himself stuck behind Perez, who refused any suggestion from the team that the pair should swap places to give Ocon the chance to attack the cars ahead. This sowed the seeds of discontent which led to a series of costly on-track clashes.

Although they tangled less frequently in 2018, both drivers still seemed too concerned with beating each other instead of shoring up the teams’ point haul. Perez’s first-lap tactics in China and Singapore demonstrated this: as he usually wasn’t able to out-qualify his team mate this year, getting ahead at the start became all the more crucial.

When that didn’t work, Perez found the team was now more willing to instruct their drivers to swap positions. Ocon was told to let him through in Austria and Russia in the hope Perez would be able to pass Kevin Magnussen, and when he couldn’t the pair restored their original running order. Had this been done in Canada last year perhasp the team could have spared themselves some aggravation.

Perez’s survival instincts were what ultimately allowed him to out-score Ocon. This proved most valuable of all at Baku, where Ocon eliminated himself in a needless collision with Kimi Raikkonen, while Perez climbed from 15th to take a superb third. It was the only time all year a non-Mercedes/Red Bull/Ferrari driver apepared on the podium. He added fifth place at Spa to claim Force India’s two best finishing position of the year.

Perez let himself down at Singapore not only with the clash with his team mate (which Ocon said Perez apologised for) but also an ill-judged move on Sergey Sirotkin which earned him a penalty and ended the team’s hopes of scoring any points that day.

The pressure from Ocon may not have brought out the best in Perez but he remained one of the leading lights in the midfield. His value to Force India is likely to increase next year when he is partnered by Lance Stroll.

Perez has probably been the slower of the Force India drivers, but he’s also been the more consistent. He should feel hard done by that Ocon is linked with top drives, while he’s not likely to get a shot. A slightly fortuitous podium in Baku was complemented by a number of “best of the rest” finishes. A bet on him to be in the points is normally a safe one.
@Ben-n

What’s your verdict on Sergio Perez’s 2018 season? Which drivers do you feel he performed better or worse than? Have your say in the comments.