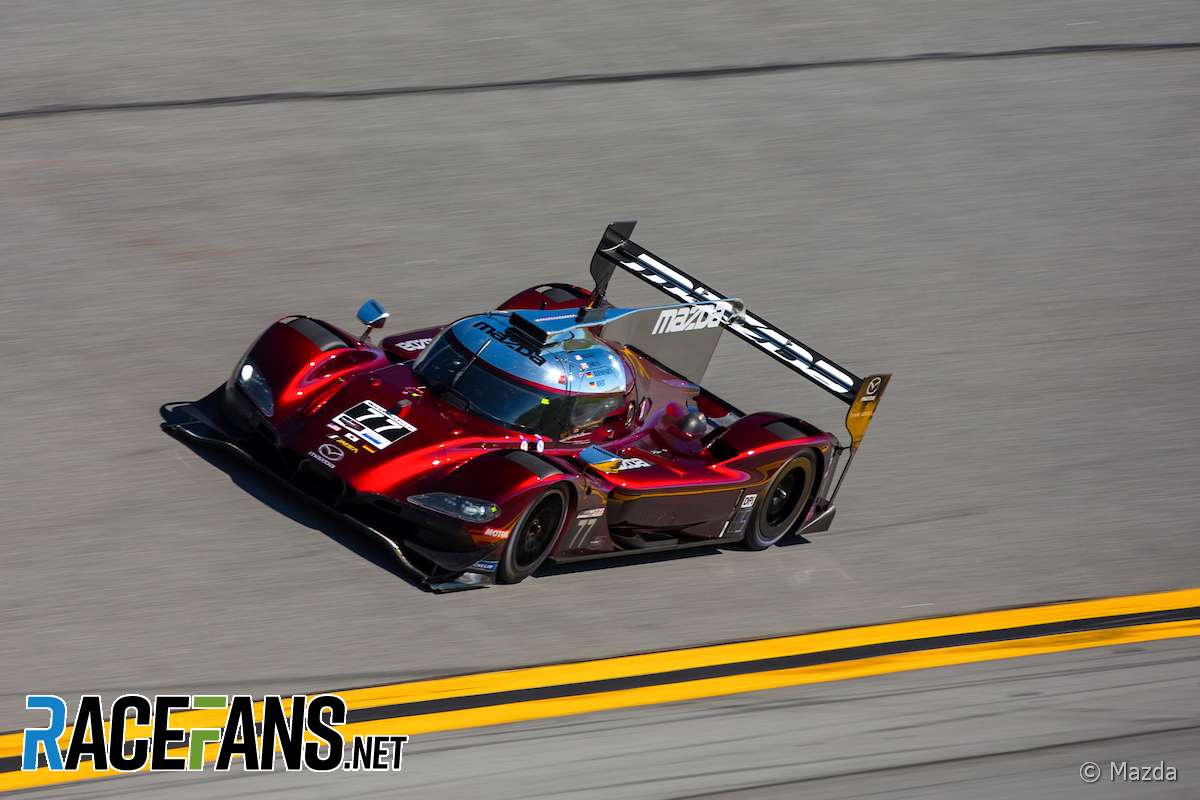 In the round-up: Oliver Jarvis put the number 77 Mazda on pole position for the Daytona 24 Hours with a record-breaking lap.

Jarvis’s lap of 1’33.685 in his RT24-P broke the 26-year-old track record for the Daytona International Speedway, which had been held by PJ Jones who set the former record driving an AAR Eagle Mk III GTP in 1993. Jarvis will share his car with Tristan Nunez, Timo Bernhard and Rene Rast.

"We would love to have a second race here. Probably not in the short-term, given how congested the schedule is already, but we'd certainly love to figure out a way to have another Grand Prix here."

"If the whole world is selling electric cars or hydrogen-powered cars Formula 1 can't still be running on petrol engines, that wouldn't make sense, at some point they will have to switch I believe."

"In terms of mixing the playing field, we feel that the top teams will have lost more than us, probably, by definition because they were better, more optimised and had extracted more performance from the aerodynamic platform they had."

"It really does keep me motivated in the gym, just to think there is a seat, there is an opportunity and that’s why I’m here."

One of the geekiest books in my thoroughly geeky @F1 library: "Formula One 1990 Computerised Results & Timing Service". Page after page of lap times.

That cover is a joy, though: Eurobrun, Coloni, Onyx. Life!

Anyone else got more of these from other seasons?#F1 pic.twitter.com/OSiVnhr771

Look at the whole TV rights thing:
Like #F1? You’ll need Sky then- Basic sports package: £50 with nothing extra but sports.
Like #WRC, or footie: that’ll be BT Sport then- Extra £20pm.
How about NASCAR or IndyCar? That’s Premier Sport: £10.
Sports fans are fleeced!

Could Daniel Ricciardo’s arrival at Renault be good news for Nico Hulkenberg?

The big winner from all this could be Hulkenberg.

If Renault come up trumps he’ll finally get a competitive car to show how good a driver he really is. If he beats Riccardo in a fair fight his stock will rise. If he doesn’t beat Riccardo it won’t do his stock any harm as no one is expecting him to beat Riccardo. He’s almost in a no lose scenario.
@Geemac