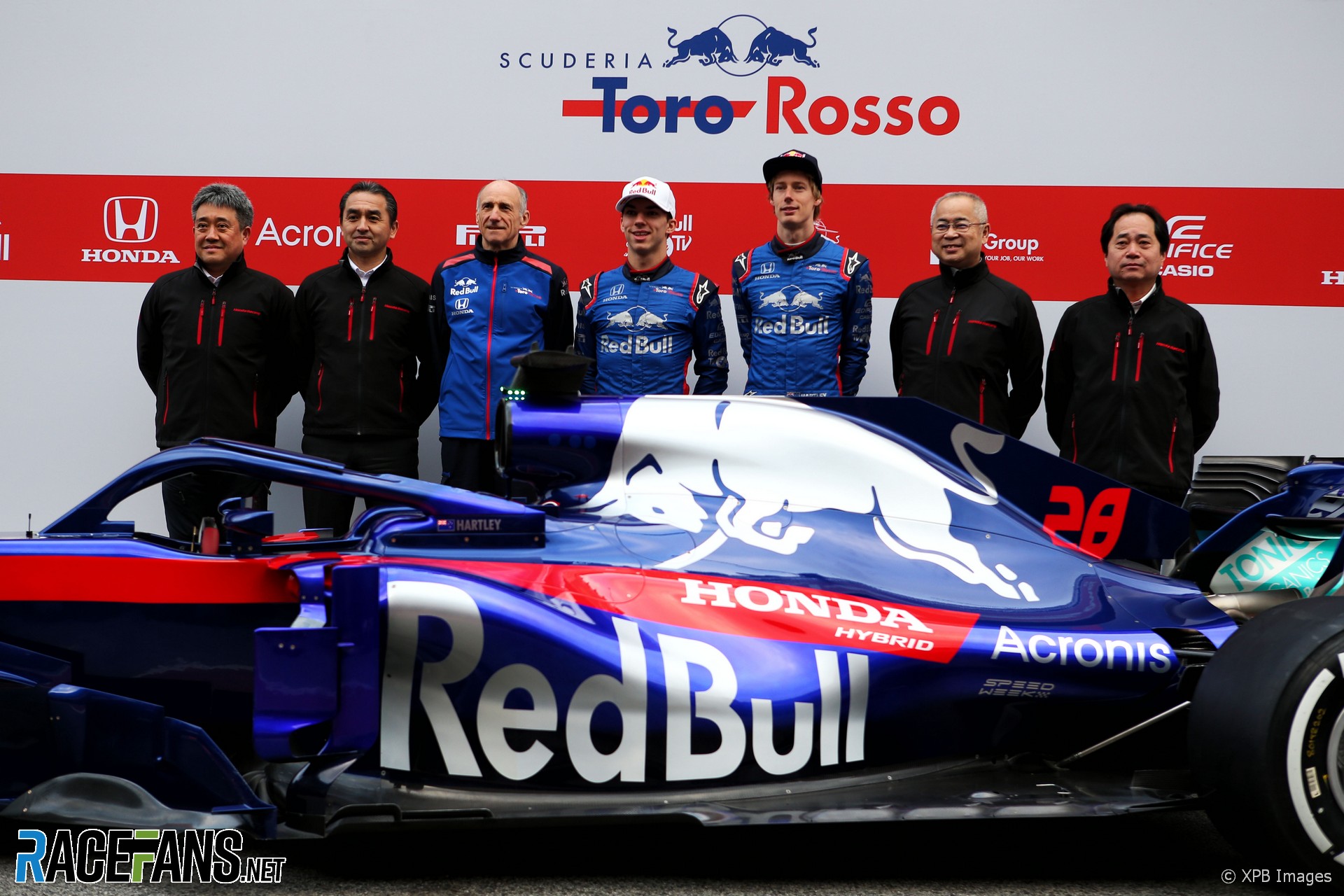 Toro Rosso is leading the race to be the first Formula 1 team to launch its new car for 2019.

The team has confirmed it will reveal its STR14 on February 11th. A social media post indicated the new car will be shown for the first time in an online event.

Toro Rosso has an all-new driver line-up for the 2019 F1 season, with Daniil Kvyat returning alongside Alexander Albon. The team, which finished ninth in the 2018 constructors’ championship, will use Honda power for the second year.

The Toro Rosso announcement means six F1 teams have confirmed their 2019 launch plans. Renault and Force India will hold ‘season launches’ on the 12th and 13th of February respectively, but have not indicated they will present their new cars at them.

McLaren and Ferrari will launch their new cars on the 14th and 15th, and Sauber will presents their 2019 challenger on the first day of testing at the Circuit de Catalunya. Mercedes, Red Bull, Haas and Williams are yet to confirm any launch plans for the new season.