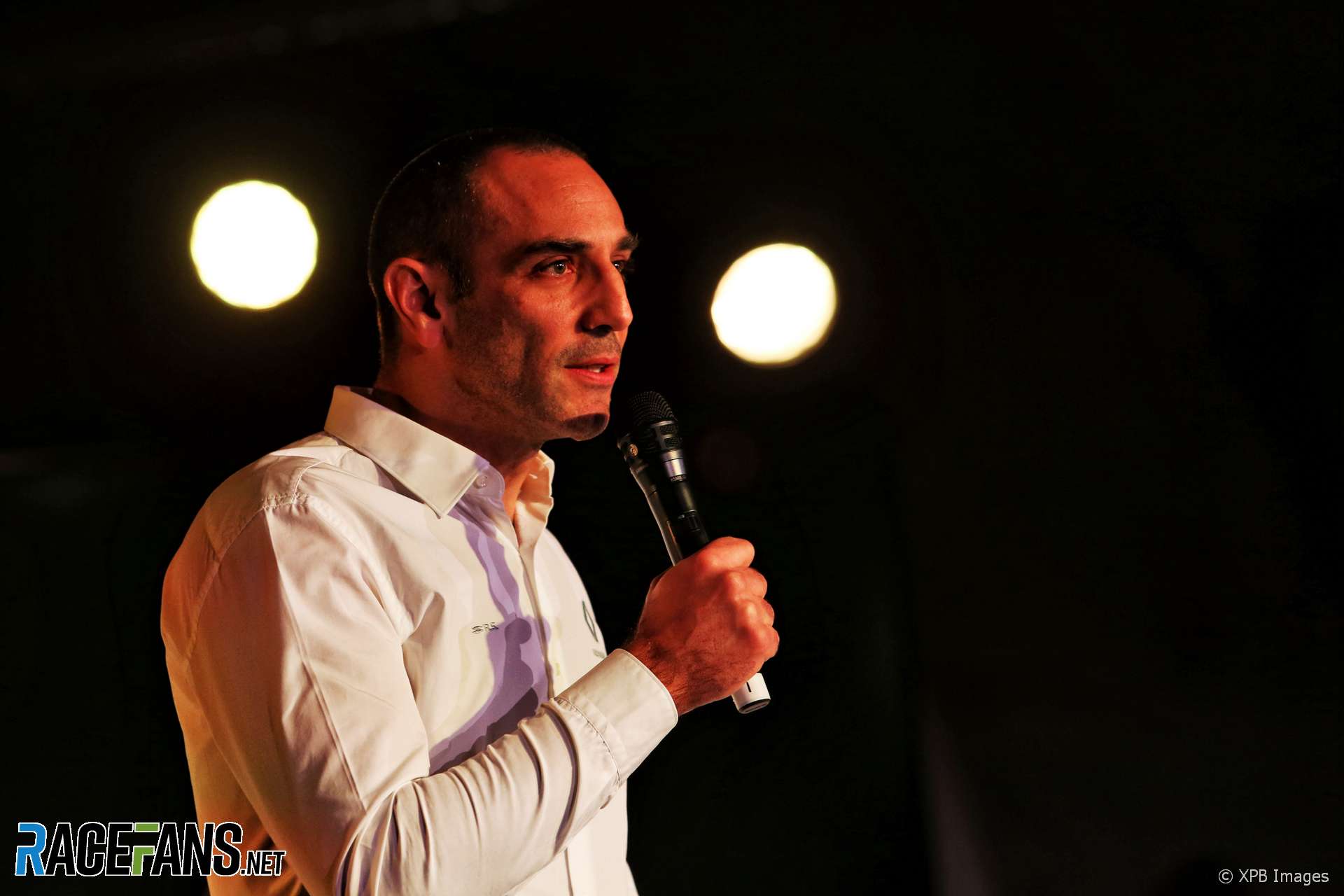 In the round-up: Renault managing director Cyril Abiteboul says the rules changes for the 2019 F1 season are not drastic enough to cause a 2009-style upending of the competitive order.

Mercedes team principal Toto Wolff said yesterday he considers every F1 team a potential threat due to the possibilities offered by the new rules, but Abiteboul gave a different view when asked if the regulations changes were likely to shake up the competitive order:

I’d like to say so, I’d like to say yes. But in reality… you want to create the expectation for the new championship but we don’t think that it’s a change of regulations that’s big enough to really shift completely the order.

But that doesn’t go from what we could see – maybe we missed something – into rewarding innovation. Because if you look at the regulation on the front wings there is no real room for innovation. So I think that’s a mix of both that needs to happen: Big change plus innovation if you really want something unexpected to happen.

.@kvyatofficial putting in his first laps behind the STR14 👊 pic.twitter.com/Jvjb2fztJo

Ride along with @ryanhunterreay and take a look at @COTA from the seat of the @dhlus car! #IndyCar pic.twitter.com/4GFXAd9iw8

Which means that Williams can now be honest about Brexit…

Another takes place in Canada on the same day getting no coverage. People wonder why @F1 is struggling for profile against the likes of football. It has been moved off free-to-air to a small audience. Teams control the output. National and international media access is restricted

Can’t believe what @McLarenF1 have just done for us, just given us a private launch #mcl34 pic.twitter.com/BaIdtQUKiT

"I’m not kicking my feet up in my chair, I am going to be hustling and it is a great opportunity for me as a racing driver, a big stepping stone in my career."

Ricciardo starting to feel at home at Renault (The Age)

"The last few days I've spent here at the factory, getting familiar with that title and the colour, the yellow. It's starting to feel like home."

"The targets are really extreme. We really want to go to the next level as a team."

A development detail on the new Mercedes W10 has caught @Mach1’s eye:

I am curious about the side-pods. They seem to me much more similar to the 2017 arrangement that most teams have moved away from.

Whether it means they are more aero efficient for Mercedes philosophy or whether they need to have larger openings (they seem larger) due to the new power unit requirements… only time will tell.
@Mach1