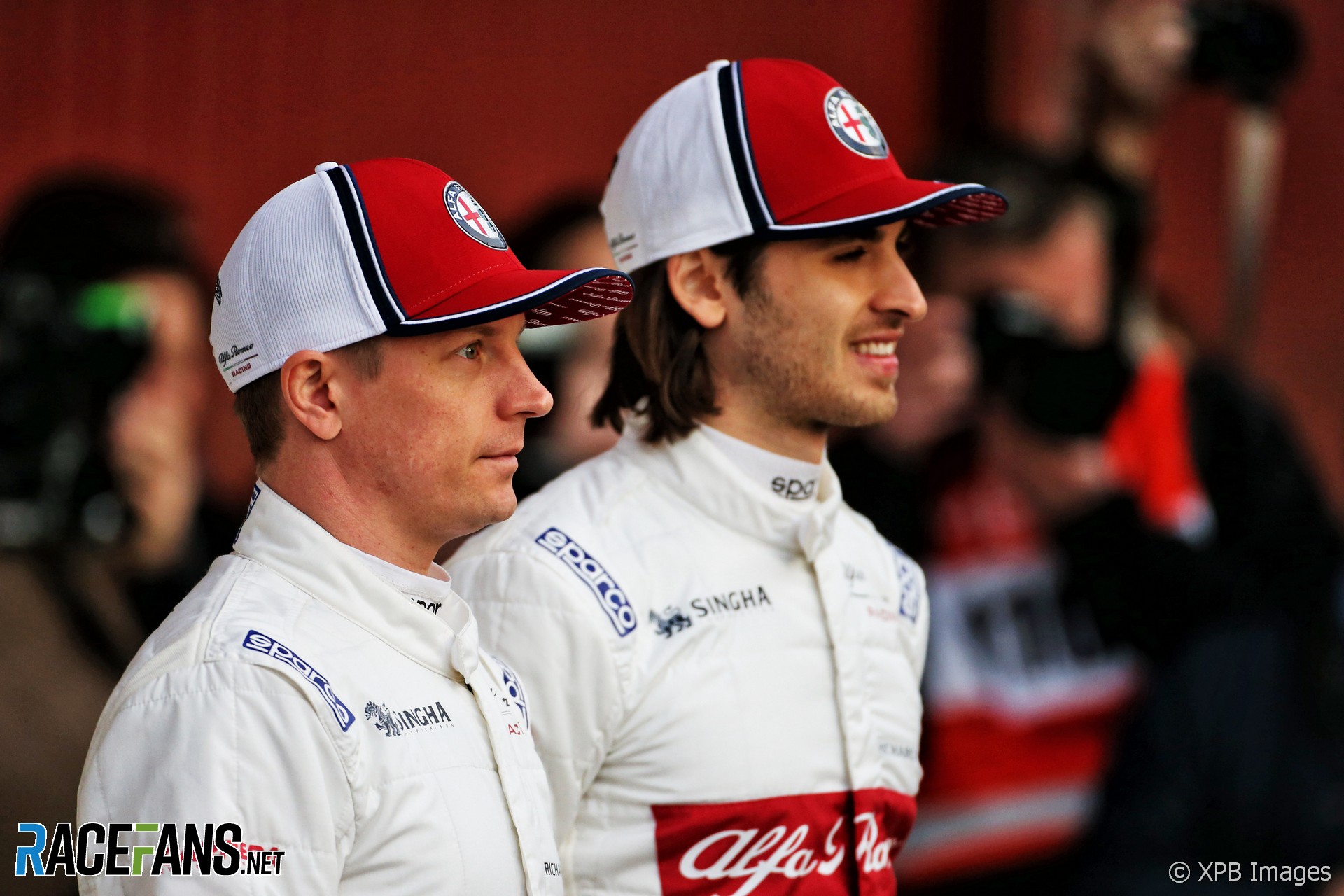 Antonio Giovinazzi says his Alfa Romeo team mate Kimi Raikkonen is someone he can both learn from and compare himself against in his first full season of Formula 1.

The pair previously worked together at Ferrari, who Raikkonen drove for last year while Giovinazzi was the team’s simulator driver.

Alfa Romeo made an encouraging start to testing last week and Giovinazzi said his new team mate “is really motivated this year.”

“For me it’s something really good to have. For me he can be a teacher but also a reference during the year with the results and everything.

“I think the important thing in the end is to work really well together, going on the same direction with the car and achieve the best result for the team.”

Giovinazzi expects Alfa Romeo to treat himself and his more experienced team mate equally. The 25-year-old says Raikkonen’s years of success in the sport will make him a valuable benchmark.

“He’s a world champion driver, he’s a driver who won just in October [his] last race in F1. So I think he can be a really good target.”

Giovinazzi made his F1 debut for the team two years ago when it was Sauber. He sees a new spirit in the team following its successful 2018 campaign and rebranding as Alfa Romeo.

“I think in the end we have the same people working there but for sure with a lot more motivation,” he said.

“Of course after the good year they did last year all the people they are really motivated and this is something really good to see also from my side and Kimi. We are working really well, we need to keep working like this and make sure everything will be good in Melbourne.”

11 comments on “Giovinazzi sees Raikkonen as his “teacher””