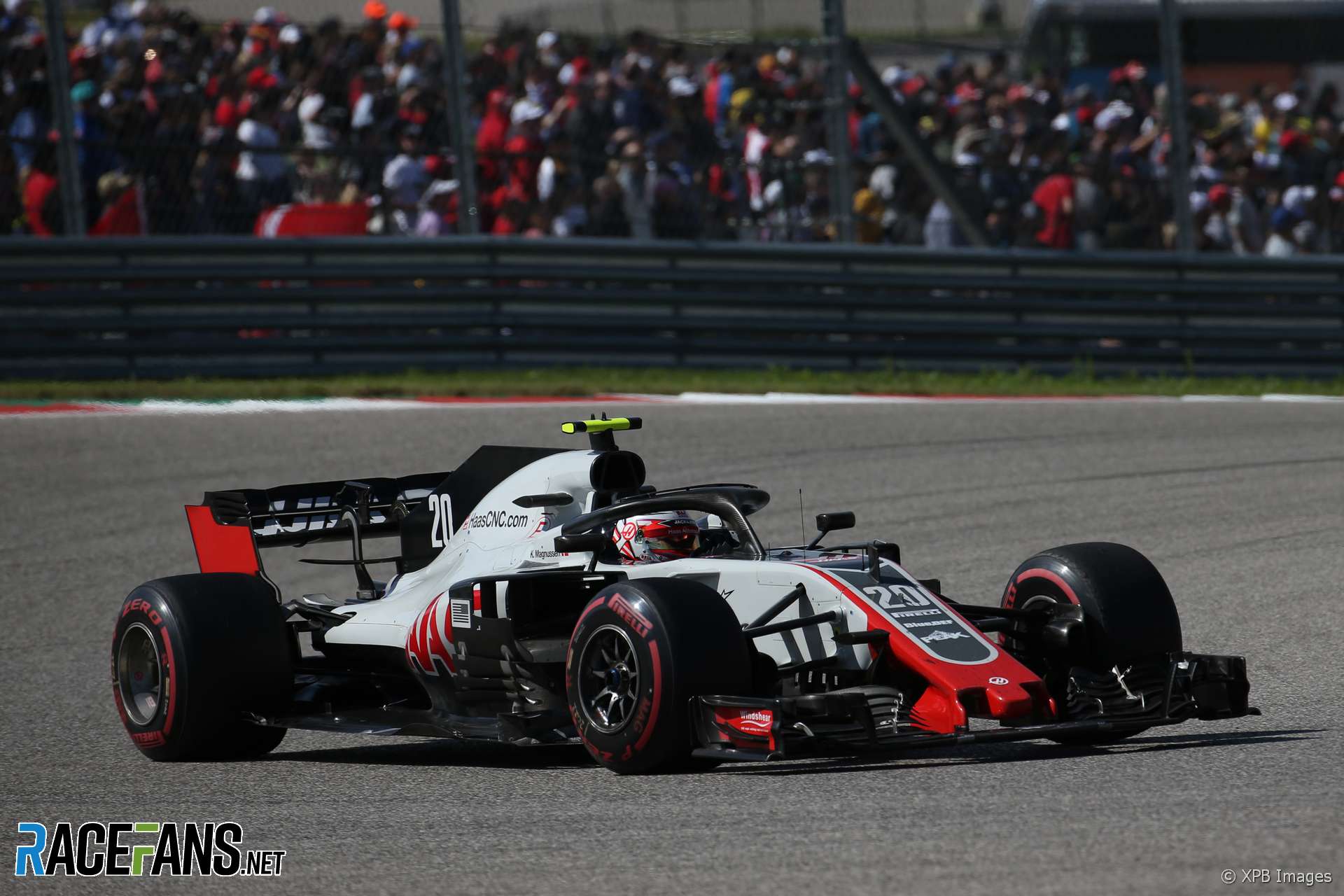 By the penultimate episode of “Drive to Survive” it feels as though the creators of Netflix’s new series on Formula 1 have run out of ideas.

“Stars and Stripes” picks up the Haas storyline from a couple of episodes earlier and follows their progress at their home race while trying to beat Renault to the lucrative fourth place in the championship. The storyline calls for an on-track encounter involving the two, but what we get is contrived at best and artificial at worst.

This isn’t the first time I’ve levelled this criticism, so for a change let’s look at what actually happened first before covering the “Drive to Survive” interpretation.

As the lap charts from United States Grand Prix detail, Nico Hulkenberg ran fifth in the opening stages, five places ahead of Haas rival Kevin Magnussen. Hulkenberg was the first of the two to pit, and dropped behind Magnussen when he did.

But with less than three seconds separating the pair of them, there was never any doubt Magnussen would fall behind when he made his mandatory pit stop. And, sure enough, he did.

Magnussen was never realistically in contention to beat Hulkenberg. Particularly as Haas ran him so low on fuel he ended up being disqualified after the race for using too much.

These events are spun very differently in “Stars and Stripes”. Here Magnussen jumping ahead of Hulkenberg in the pits is a moment of high drama, the battle between the pair is intense, and Magnussen’s post-race disqualification is ignored.

The rivalry between Renault and Haas was real enough: Renault got one of Haas’s cars disqualified at Monza, after all. So why not tell that story instead of inventing one?

We do get some moments of genuine interest: Magnussen and the Haas team thrashing a spin car around Carolina Speedway is endearingly un-F1; Hulkenberg’s pretence not to have heard of Haas in one interview reveals his quirky sense of humour; another terrific sequence with Hulkenberg awaits in the ‘spoilers’ section.

But there’s no getting away from the fact that at this stage in the season the big storyline was the resolution of the world championship, and it’s a tale Netflix can’t get into because Mercedes and Ferrari wouldn’t let them in. Even so, I don’t think stretching the truth as far as this episode does was the best way to handle it.

With one episode of the series remaining, it’s striking at this point how little some drivers have appeared in it. Williams’s Sergey Sirotkin never features, nor does Toro Rosso’s Brendon Hartley. The latter is a disappointing omission, as an episode on the tension between him and Toro Rosso team mate Pierre Gasly, which was bubbling to the surface around the time of this episode’s events, could have made a more absorbing and authentic subject.

In what surely ranks as the best moment of awkward comedy in the series, Nico Hulkenberg disappoints a class of American schoolchildren. After getting over the excitement of meeting a real Formula 1 driver, they grill him on his career stats.

“How many races did you win?” asks one. “None yet,” Hulkenberg confesses. The disappointment on both sides is palpable: “You didn’t want any?” “No.”

“Do you think you will win one?” another asks. Hulkenberg, no doubt desperately hoping none of them ask how many times he’s been on the podium, explains: “It’s not so easy, it’s very hard to achieve…”

6 comments on ““Drive to Survive Episode 9: Stars and Stripes” reviewed”