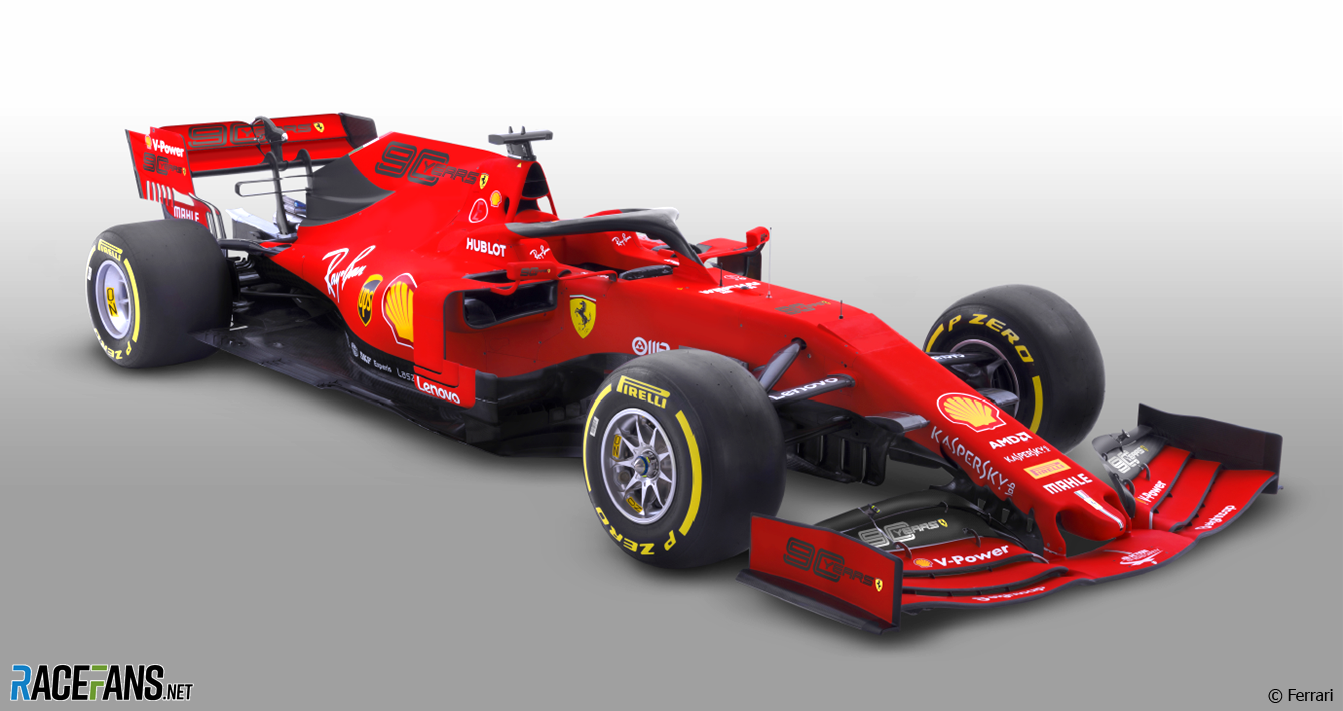 Ferrari has revealed the livery it will use for this weekend’s Australian Grand Prix after choosing to remove the logos of Mission Winnow from its car.

As RaceFans revealed last week, Ferrari will not appear in its Mission Winnow branding for the first race of the 2019 F1 season. Media and public health bodies in Australia confirmed last month they are looking into the legality of tobacco producer Philip Morris International’s branding on the Ferrari.

Ferrari said last week the team’s livery for this weekend will feature “a surprise for the fans” instead of its Mission Winnow branding. The team has added ’90 years’ logos marking the company’s 90th anniversary to its rear wing, engine cover, nose and front wing, all in places which previously featured Mission Winnow logos.

Ferrari will reinstate its Mission Winnow branding at the Bahrain Grand Prix.

Meanwhile questions remain over whether McLaren will run its “A Better Tomorrow” livery, which is promoted by British American Tobacco, at the first race of the season. The logos were absent from publicity material issued by the team ahead of the race. McLaren has declined to conform its branding arrangements ahead of this weekend’s race.