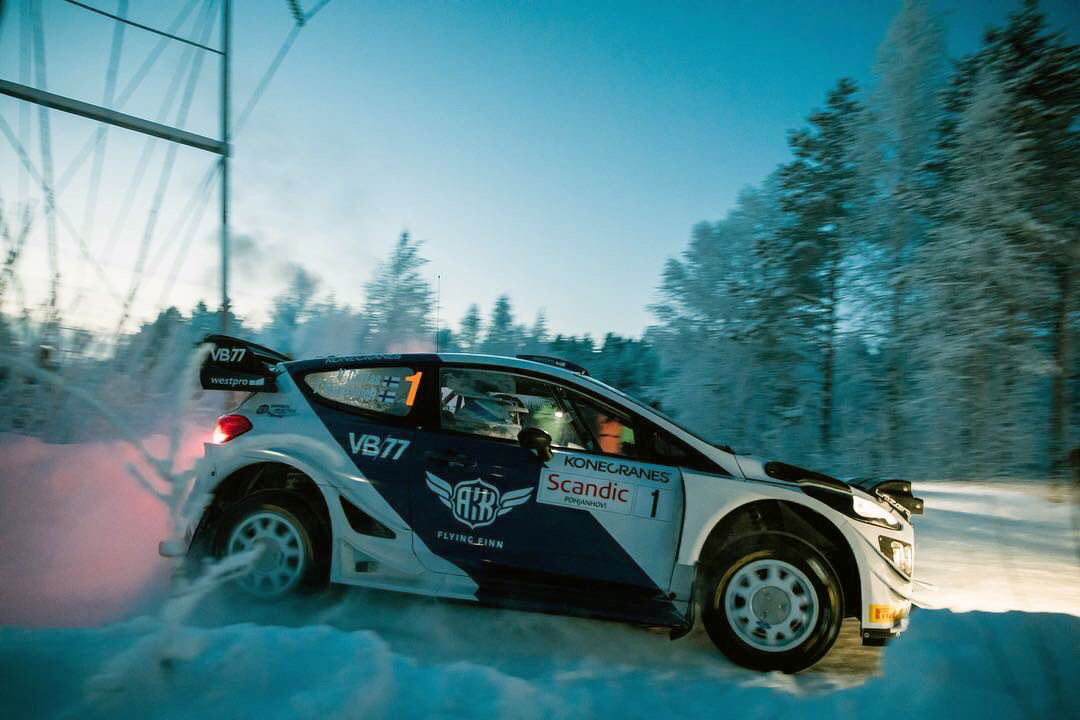 In the round-up: Valtteri Bottas says his outing the Arctic Lapland Rally earlier this year should help him avoid making mistakes early in the season.

RaceFans asked Bottas, who crashed in the first qualifying session of last year, whether he intends to do more rallies in the future.

It was good fun, I really enjoyed the experience. It was kind of fun and kind of on-purpose to do something different and to drive. For me it was great training as well because over two days the rally last you need to concentrate, you can’t do any mistakes if you want to finish. That’s something normally that’s difficult to train and you might end up doing mistakes in winter testing or the first races if you haven’t been driving much.

So with the testing, with the racing, it was good to do some racing. Long-term it’s quite tricky to say. My mindset is in Formula 1 but I truly enjoyed it and immediately [after] the rally I said it’s not going to be my last one. So this I can guarantee but let’s take it day by day, season by season then we’ll see it. But never say never.

The first track walk of the season 👣

Wrighty headed out with Alex earlier this afternoon to inspect the track ahead of Race 1!

ok but the f1 live right now is so awkward

Another update from the F1 season-opener event. Turns out Danill Kvyat missed the boat….Not for the first time.

Why boo for? Always disappointed in the Australian (Ferrari?) fans for booing at Lewis. It happens come podium time too. #F1Launch2019 #F1 #AusGP

Another reason to hate the F1 other than the god awful racket, road closures and public transport clusterfuck; I've just had confetti blasted all over me as I walked through Fed Square to celebrate the grand prix

A good #F1Launch2019 event! The boat arrival was mega, the presentations of the teams and drivers are fine! Lots of bad comments about the use of the Chemical Brothers track in the videos, the interviews don't tell us something new (except Seb's name for his new car perhaps). #F1

Raikkonen on his (somewhat inebriated) return to the @FIA Gala last year: "I'm surprised how boring it has got over the years. They have a press conference, it's supposed to be fun for everybody but it's more boring than the race weekend." #F1

Verstappen: ‘If you don’t believe you can do it, it’s better to stay home’ (The Guardian)

"He is in no doubt he could fight Hamilton or Vettel if he had the car. 'It would be stupid not to think like that,' he says. 'It would be better to stay home if you don’t believe you can do it.'"

"He knew his father, Herve, was close to the end. So Charles told Herve that he had been guaranteed an F1 drive for 2018. Only he hadn't."

"We're definitely not into gimmicks, we're into nurturing and developing the racing, and understanding what the fans enjoy, and seeing how we can give them more of what they enjoy with integrity."

Formula 1 has to 'deliver' to keep Red Bull - Horner (Motorsport)

Bernie Ecclestone: "From what I understand, nobody has said the most important thing, which is this is what we want to pay you guys."

"This document is an effort to offer my views on the current state of Motorsport, and Formula One in particular."

On this day in 1976 James Hunt won a thrilling Race of Champions at Brands Hatch. However the BBC famously cancelled its live coverage of the race, unwilling to broadcast pictures of the Durex logos on Alan Jones’s Surtees.

Jones forged his way into the lead early on, passing Gunnar Nilsson’s Lotus. He was in turn passed by Jody Scheckter, who had started from pole position, but the Tyrrell driver spun off.

Hunt moved his way towards the front of the pack, aided by championship rival Niki Lauda retiring his Ferrari and John Watson spinning off in his Penske. Halfway through the race Hunt dived down the inside of Jones, snatched the lead and was on course for his first victory at the wheel of a McLaren. Jones came in second and of Jacky Ickx in a Hesketh.

Hunt also took fastest lap but this earned no point; nor did any of the finishing positions, as this was a non-championship F1 race, one of a dwindling number held in the seventies and eighties until the last, at the same venue in 1983.