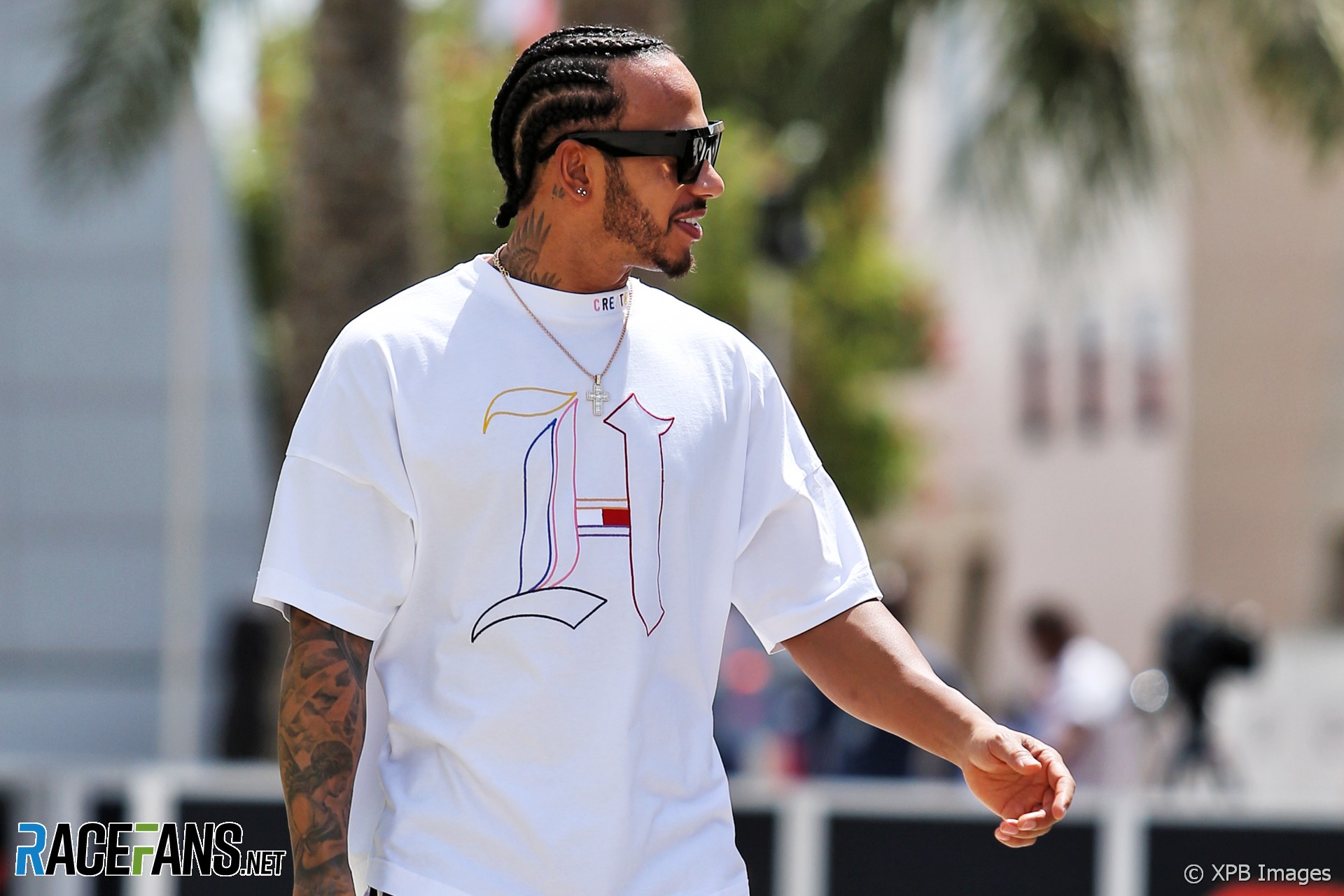 Lewis Hamilton says racist attitudes remain “very prominent” and he is pessimistic about how successfully they are being challenged.

Earlier this week Hamilton spoke up in support of black English soccer players who were subject to racist abuse during a match in Montenegro. “What you faced with the chants was despicable,” he wrote on social media. “Completely unacceptable, no room for this behaviour in any sport.”

Speaking to media in Bahrain today, Hamilton said his concerns about racism applied “not only to the players.”

“It’s just crazy to think that in this time in the world it’s still very, very prominent. It’s really there. All around the world racism is still a real issue. Which is sad to see.

“It doesn’t seem like it’s going to be [changing] much over the next years. It’s great to see people standing by people and support. But I don’t think it’s something that’s going to particularly change for a long time.”

Hamilton hopes he can use his social media following to draw attention to the problem but admits he has been reluctant to address it in the past.

“I do happen to have quite an audience, quite a lot of power, particularly with social media,” he said. “There are things that I see all the time.

“There’s a lot of stuff that I don’t post that I want to post. You have to keep a balance because I have all the followers, I have young followers and choosing what you do show and don’t show.

“There’s so many issues around the world still today. There are some things that I’m able to put on social media that people can react to and create conversation. I think many people with the kind of following that have much more real power in making it a talking point and creating opinion and perhaps, hopefully, steering change.”

Hamilton suffered racist abuse from a group of spectators during pre-season testing in 2008. He said his own past experiences of racism taught him it should not go unchallenged.

“I remember being at school and when I was younger, you kind of get a slap on the hand for it and it’s just kind of ‘let it slide’. And I don’t think that should happen anywhere.

“I think action should be taken and being a lot stricter with it. I don’t really have an answer but I think it starts from parents passing it on to kids and it continues on.”