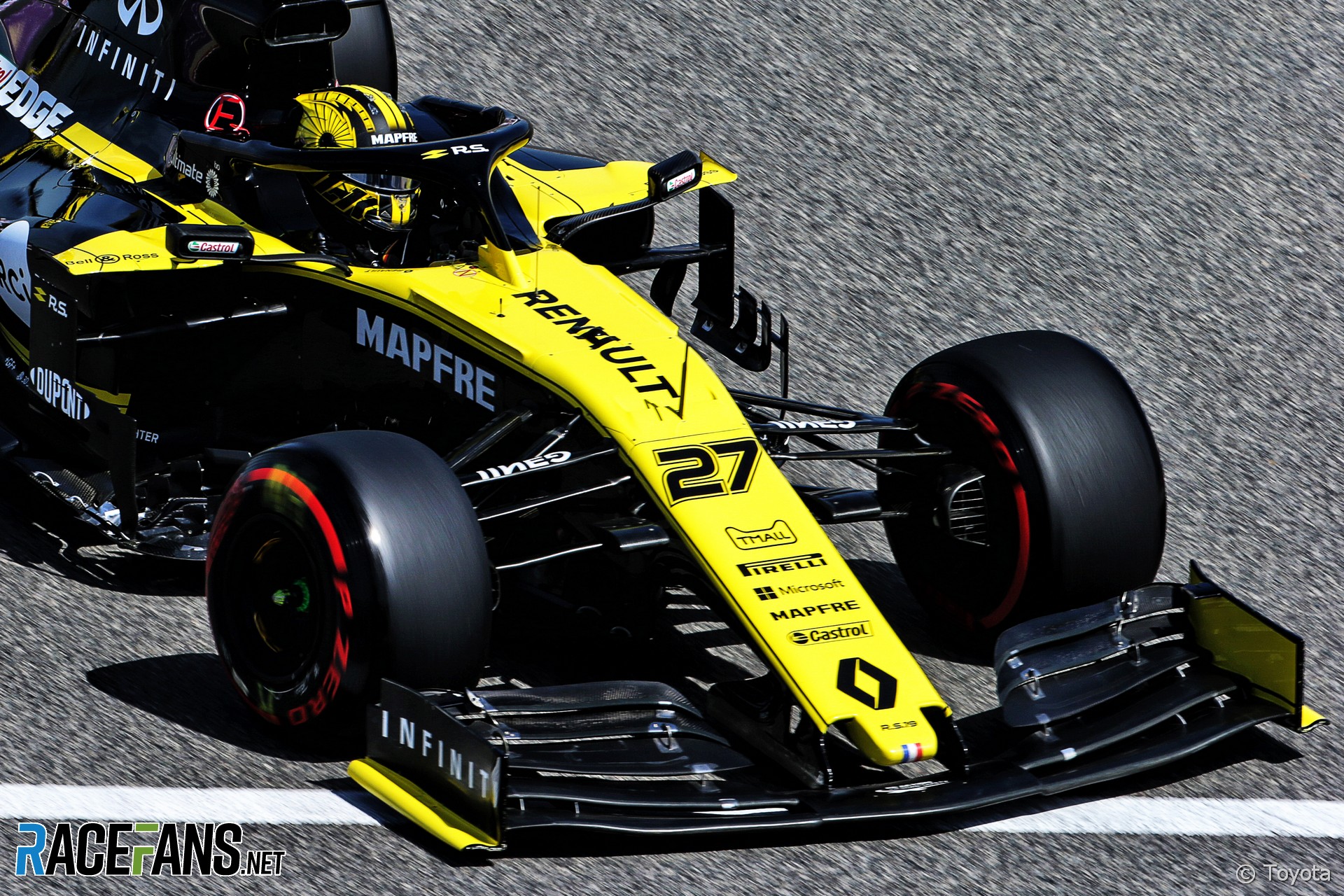 Nico Hulkenberg and Antonio Giovinazzi have avoided any penalties over the collision between the pair during first practice.

The Renault and Alfa Romeo drivers were investigated for allegedly causing a collision. The pair came together in turn seven towards the end of the first 90 minutes of running ahead of the Bahrain Grand Prix. The contact resulted in Giovinazzi’s car briefly leaving the ground, though both drivers were able to return to the pits.

Moments before the collision Hulkenberg had allowed Giovinazzi’s team mate Kimi Raikkonen to overtake him. Having reviewed video of the event and spoken to the drivers who tangled, the stewards ruled Hulkenberg was not expecting Giovinazzi would also attempt to pass him.

“Neither car was on a push lap, car 27 [Hulkenberg] had just let car seven [Raikkonen] pass, and believed car 99 [Giovinazzi] was going slow. Car 99 then sped up and passed car 27 on the inside when the driver of car 27 was not expecting it to do so, remaining on the racing line.

Raikkonen also complained of being held up twice during the session following run-ins with Carlos Sainz Jnr and Alexander Albon, though neither incident prompted an investigation.

One comment on “Hulkenberg and Giovinazzi cleared over collision”