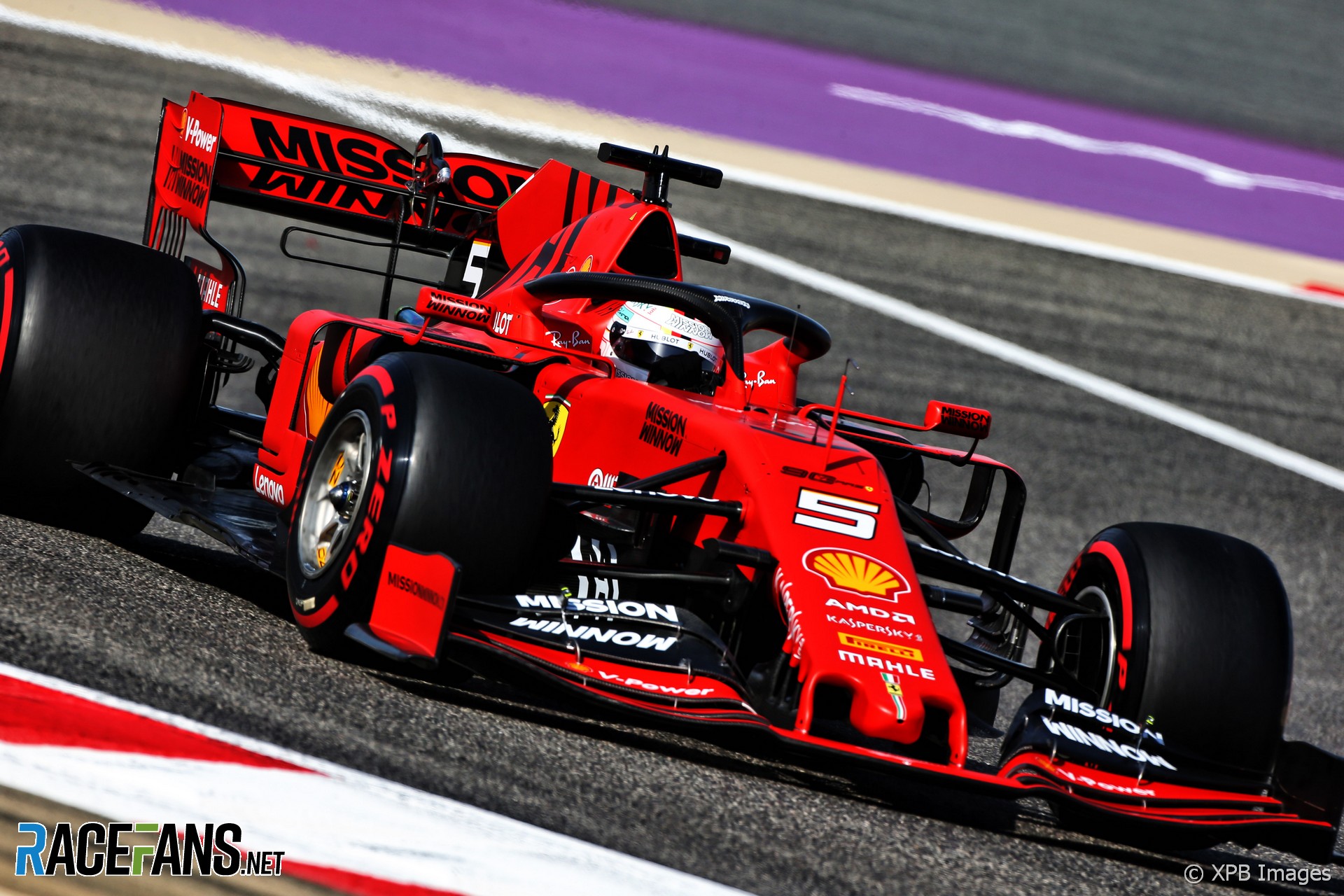 Ferrari filled the top two positions again in the second practice session for the Bahrain Grand Prix but this time it was Sebastian Vettel on top.

There was little to choose between the two SF90s, however. Vettel edged team mate Charles Leclerc by just three-hundredths of a second, though he seemed to have the potential to improve his time on his final run.

Vettel also tripped up during his long run in the second half of the session. He lost his car on the exit kerb at turn two and spun off, but was able to continue.

Renault surprised by being the third-quickest team courtesy of Nico Hulkenberg, whose best lap left him just a tenth shy of the second Mercedes. He was just five-hundredths of a second quicker than Max Verstappen, but the Red Bull driver’s modest improved when he switched from medium to soft tyres indicated he also had more lap time up his sleeve.

Pierre Gasly ended the session well down on his team mate. The pair were separated by seven tenths of a second and six places.

The gap was filled by the Haas pair, who looked much stronger in the second session, and both McLaren drivers. Lando Norris was less than two-hundredths of a second slower than Haas pace-setter Kevin Magnussen.

Gasly only narrowed avoided being out-paced by both Toro Rossos. He was three-tenths off Daniil Kvyat and only fractionally ahead of Alexander Albon.

Daniel Ricciardo was another driver who ended the session well behind his team mate. The two Renault drivers were separated by over a second. Meanwhile the Alfa Romeo pair were delayed by water leaks which confined each to no more than 10 laps.