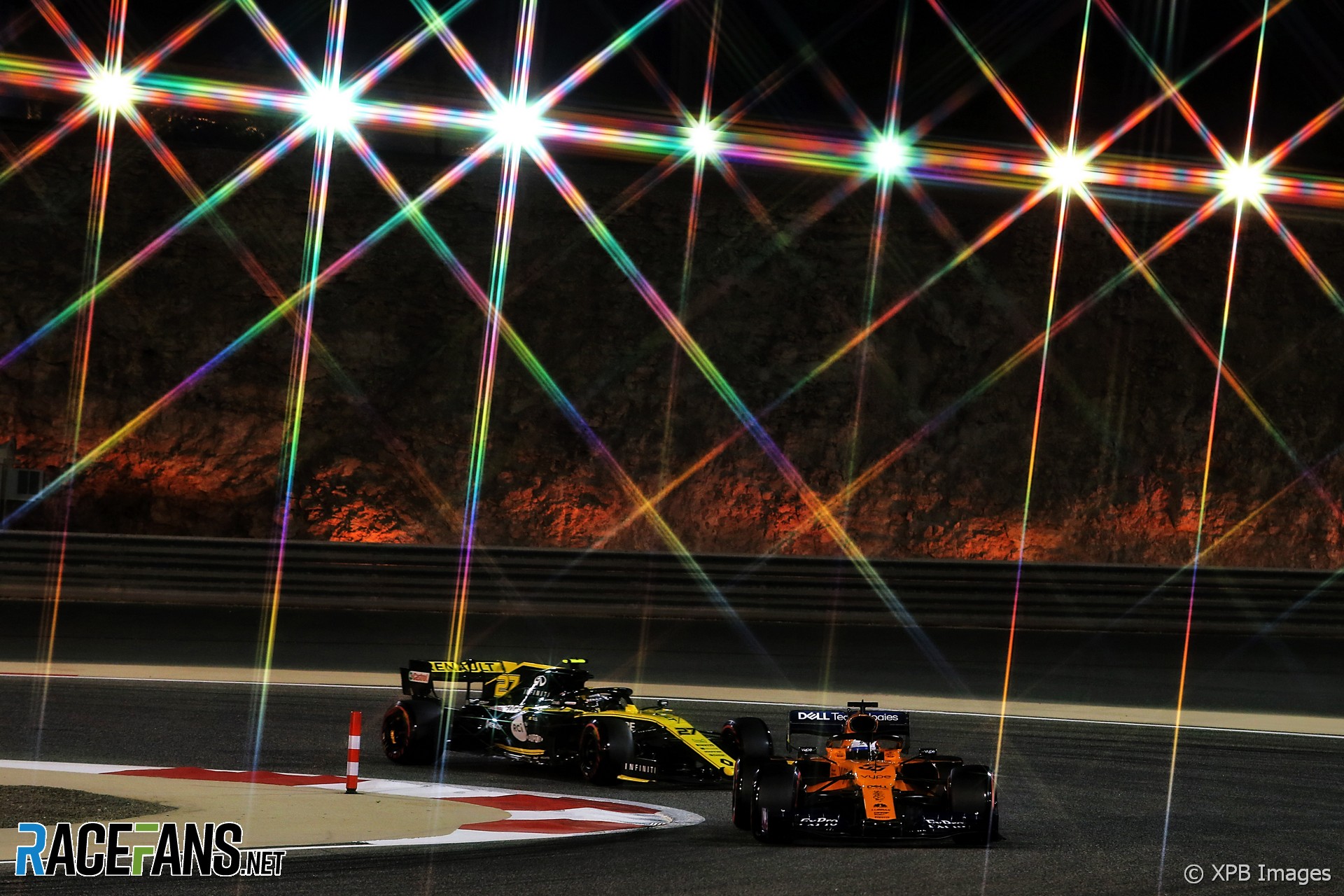 The addition of a third DRS zone at the Bahrain International Circuit should have helped significantly reduce lap times around the track this year.

However that change, plus the year-on-year lap time gains made by the teams, were more than cancelled out by the more conservative tyre selection which has been brought to this year’s race.

In 2018 drivers qualified on the super-soft tyre. That compound has no equivalent in Pirelli’s re-labelled 2019 range and the softest tyre available this weekend, the C3, is equivalent to a 2018 soft.

Nonetheless, Charles Leclerc was able to knock almost a tenth of a second off the track record for this circuit with his pole position lap. The current iteration of the Bahrain track was first used in 2005, and today’s machines are now lapping around 1.6 seconds faster than then:

Three teams have made much more significant year-on-year improvements than the rest. Alfa Romeo have made by far the greatest progress in 12 months. McLaren have made impressive gains too, and got both cars into Q3 today.

So did Haas, who have drawn slightly clear of the midfield pack and, at this track at least, are snapping at Red Bull’s heels. Kevin Magnussen missed out on beating Max Verstappen to fifth place by just five-thousandths of a second.

Heading into the race weekend Magnussen admitted he was surprised the midfield has closed the gap to the ‘big three’ teams.

“That’s interesting and hopefully over the rest of the season we can keep it up and catch up. It’s normally not the way that it works but we’ll see.”