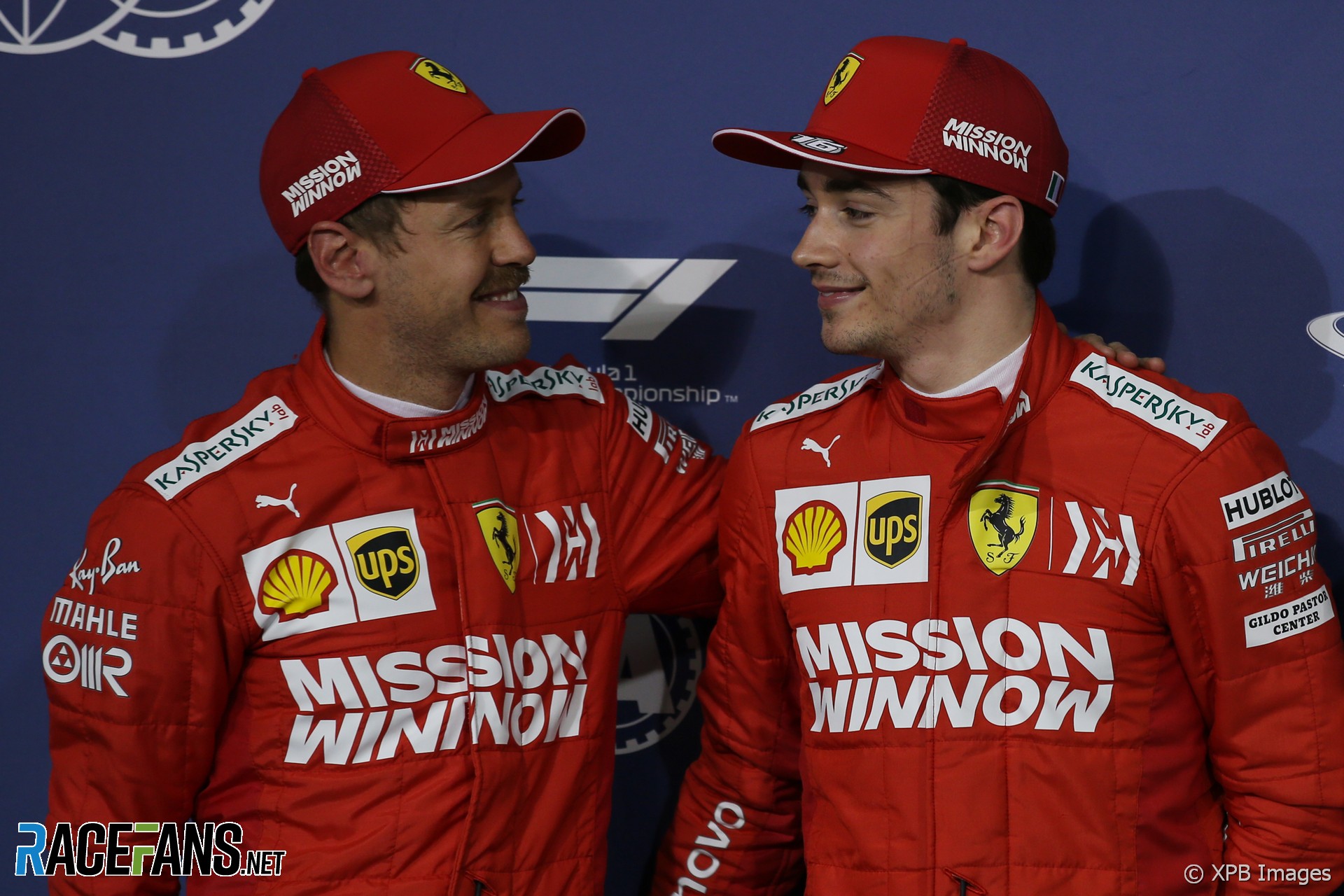 The Ferrari driver set a new track record as he beat team mate Vettel to pole by almost three-tenths of a second, leading every stage of qualifying on the way. The two red cars relegated the Mercedes pair to the second row of the grid.

Having led final practice two hours earlier, Leclerc returned to the top of the times in Q1 with a best effort of 1’28.495 which saw him comfortably through to Q2. Vettel joined him at the top of the times, two-tenths of a second slower having run wide on his effort.

The Mercedes pair also easily secured their progress to Q2. Max Verstappen and Kevin Magnussen also decided against running again and made it through. Learning their lesson from Melbourne, Red Bull sent Pierre Gasly out for another run and he made the cut, though by just one-tenth of a second.

A superb last effort from Lando Norris lifted him up to fourth place. His first attempt at a time was spoiled when he caught a dawdling Romain Grosjean at the final corner, an incident the stewards are investigating.

The two Williams drivers never looked like to make the cut. George Russell was a yawning 1.5 seconds behind the next-slowest driver, Lance Stroll, who dropped out in Q1 for the second race in a row.

They were joined by Nico Hulkenberg and Antonio Giovinazzi, the latter knocked out after his team mate scraped into Q2.

Leclerc stayed ahead with his first run in Q2 but a frustrated Vettel caught traffic on his first effort and could only manage the sixth-fastest time. “That was the worst spot ever” he complained before heading out for a second run.

Daniil Kvyat didn’t make the cut with his first run and didn’t return to the track for another effort, sealing his elimination. His team mate Alexander Albon improved on his final run but was one of three drivers who missed out on a place in Q3 by less than six-hundredths of a second. The others were Ricciardo and his replacement Gasly, who again failed to accompany Max Verstappen into Q3, after suffering traction problems.

For the second session in a row Kimi Raikkonen narrowly avoided being eliminated, and took his Alfa Romeo into Q3. Norris repeated his feat of reaching Q3 in Australia, and this time he was joined by McLaren team mate Carlos Sainz Jnr.

Having used an extra set of soft tyres in Q2, Vettel sat our the first part of Q3 while his rivals took to the track.

Mercedes moved within range of the Ferraris on their first runs, Hamilton setting a best of 1’28.190. But Leclerc had more in reserve, setting a 1’27.958 to head the times.

Vettel couldn’t match that on his sole run of Q2. He lost time in the middle part of the lap as he struggled for rear grip, and only managed to pip Hamilton for second place by 0.03s. Hamilton was unable to improve on his final run, and Valtteri Bottas took fourth.

Verstappen got within half a second of the Mercedes drivers on his final run, pushing Magnussen down to sixth place by five-thousandths of a second. A fine effort by Sainz put his McLaren seventh on the grid, within a tenth of a second of Leclerc.