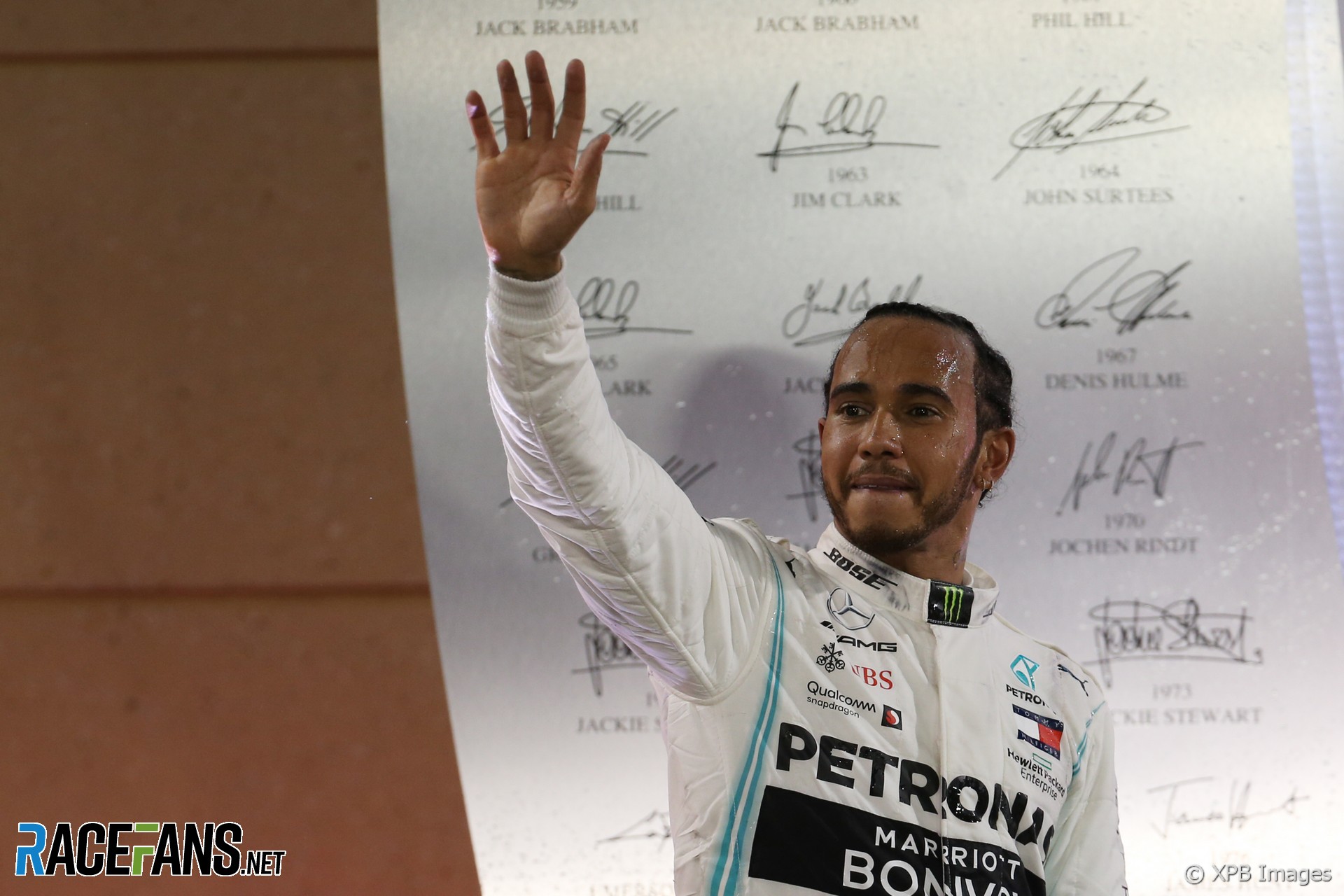 Lewis Hamilton won the Bahrain Grand Prix after an MGU-H failure robbed Charles Leclerc of what looked certain to be a breakthrough victory.

Leclerc lost his advantage from pole position at the start as he was passed by Sebastian Vettel and Valtteri Bottas. But within a few laps he’d passed the pair of them and was building up a lead.

Hamilton also fell behind Bottas at the start. But when Leclerc passed the other Mercedes Hamilton followed him by, and closed on Vettel during the rest of the first stint.

An early pit stop for Max Verstappen prompted most of the drivers to respond. Mercedes took full advantage with Hamilton, bringing him quickly and allowing him to take advantage of Vettel when he pitted.

Hamilton didn’t have the pace in the second stint to keep Vettel behind. But once the pair pitted for the second time he was right on Vettel’s tail, and pressured the Ferrari driver into the mistake which ruined his race.

When Hamilton attacked on the outside of turn four, Vettel spun off. Making matters worse Vettel damaged his front wing on the way back, and was forced to pit, ending his hopes of a podium finish.

A final twist came when both Renaults broke down within a few laps of the finish. Daniel Ricciardo’s RS19 shut down completely and the marshals were unable to move it before the race finished. This spared Leclerc losing further places to Max Verstappen and Sebastian Vettel.

The demise of the Renaults elevated Lando Norris to his first points finish in sixth ahead of Kimi Raikkonen and Pierre Gasly. Alexander Albon also took his first points with ninth and Serigo Perez took the final point for 10th.