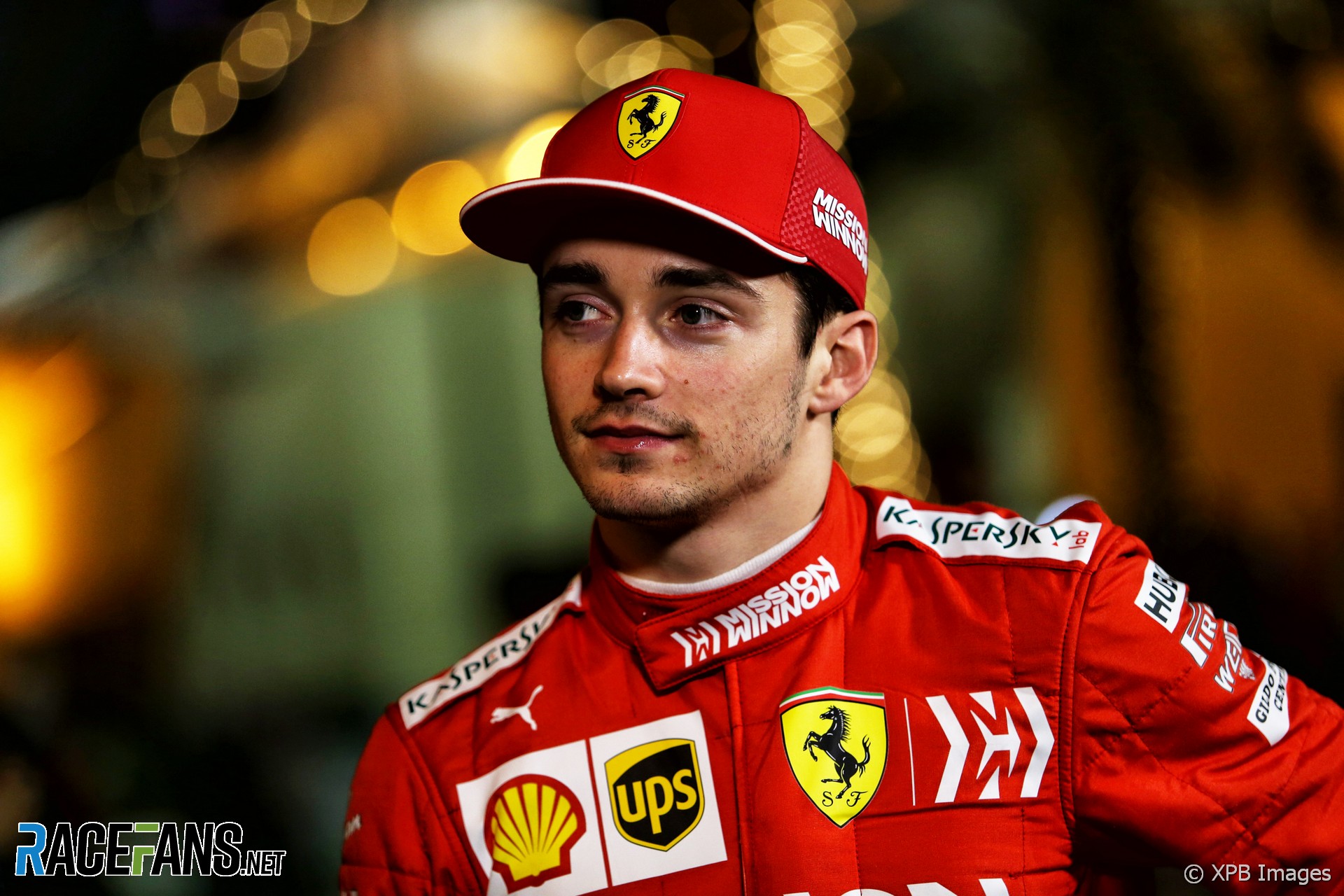 As they did in 2018, Ferrari have annexed the front row of the grid for the Bahrain Grand Prix.

Will the red cars now romp to victory on race day? And, most intriguingly, is Charles Leclerc about to join F1’s pantheon of race-winning drivers?

Ferrari’s new star has left next to no room to doubt he is capable of it. Following his assured run to pole position on Saturday, sweeping all three stages of qualifying, his breakthrough victory is now a case of ‘when’, not ‘if’. And ‘when’ may well be Sunday.

According to their rivals Mercedes, Ferrari’s key advantage is their straight-line speed advantage. It remains to be seen whether this is down to engine performance or differing downforce and drag levels. However, it is curious that while Sebastian Vettel tops the speed trap figures, pole-sitting team mate Leclerc’s top speed was much closer to that of the silver cars.

Has Vettel favoured slightly less downforce – and therefore drag – on his Ferrari for the race? Will this bring with a penalty when it comes to preserving his tyres over a stint?

“It’s not a night-and-day difference between race and qualifying set-up,” explained Valtteri Bottas. “But small things which can cost you a few hundredths in the qualifying can be a bit of a benefit with tyre life in the race.”

A variable the teams have had to contend with this year is the consequences of the third DRS zone which has been added to the track. That plus the great power of DRS this year could make overtaking significantly easier in the race. Bottas revealed this influenced Mercedes’ set-up choice for the race.

“Just with the way now this track is with the new cars, with the extra DRS zone, we rated the race pace a bit higher than normally. We’ll see if it’s good tomorrow.”

Sergio Perez predicted overtaking will be much easier in the race. “The DRS is more powerful so I think here we should see a lot more overtaking,” he said. “Purely down to the DRS.”

If overtaking has become significantly easier then the penalty of making an extra pit stop is lessened. Pirelli believes a two-stop strategy is theoretically eight seconds quicker than a one-stop around this track with its notably abrasive surface

However as the midfield has moved closer to the pace of the front-running teams this year, they will drop back from them more slowly in the race, potentially discouraging such strategies. One-stop is still likely to be the preferred choice.

Based on their practice pace, Bottas is hopeful Mercedes can apply pressure to Ferrari. “The question is how much further they can run in the race,” he said.

“At least what we saw in practice I think the race pace looked good, a pretty strong run on the soft tyre. Tyre drop-off seemed for sure not worse than anyone else so going into tomorrow thinking we can have good pace and still fight for the race.”

If Mercedes can run close enough to the Ferraris to pressure them into pitting early, that could open up some interesting strategic possibilities later in the race. There’s also the added question of whether any of the teams which in Australia shied away from making an pit stop to chase the bonus point for fastest lap will do so this time. Ferrari have already indicated they might.

Will Leclerc turn his first pole position into a breakthrough win? Can Mercedes put Ferrari under pressure?

Share your views on the Bahrain Grand Prix in the comments.

16 comments on “Will Leclerc turn his first pole into his first win?”