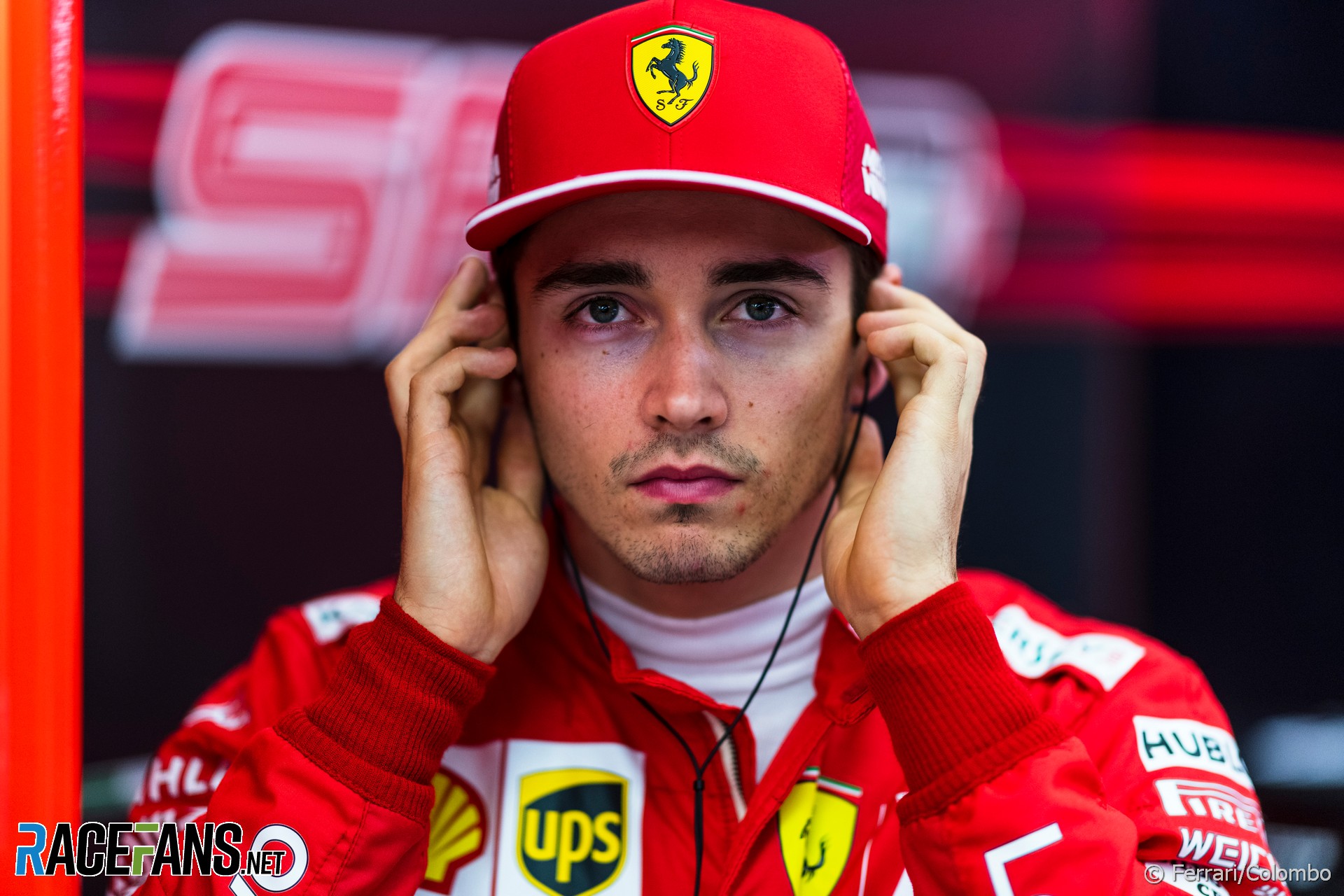 Charles Leclerc, Lando Norris and Alexander Albon were RaceFans’ Star Performers of the Bahrain Grand Prix. Here’s why – and whose weekend was less successful.

After topping practice sessions one and three Leclerc added a dominant qualifying performance to his already impressive weekend. Even though he was in a car that was clearly superior to the rest of the field he was still three tenths ahead of his team mate, Sebastian Vettel, who is no slouch.

Leclerc’s start was one of few blemishes on his weekend. He fell to third, but it didn’t take the young Ferrari driver long to fight back as he got by the Mercedes on lap two and was already hunting down Vettel.

The team ordered him to stay behind Vettel for two laps, which he promptly ignored when he used DRS to blow by his team mate on the main straight. From this point onwards it was a straightforward race as he created a comfortable gap between second place and himself until lap 46 when he reported: “something strange with the engine.”

He began losing as much as six seconds a lap and both Mercedes drivers easily overtook him. The Safety Car brought out by the Renaults on lap 54 stemmed the loss since it enabled him to maintain third and finish on the podium albeit his first, much deserved, win was stripped from him.

Norris was outqualified by his team mate, but still managed to advance to Q3 and started ninth after Romain Grosjean was penalised for holding up the McLaren driver in Q1. On lap one Norris lost several places, more due to his cautious approach than his performance away from the line. He was pushed off the track through turn six and claimed he got hit. After all this chaos he sat 14th at the end of the first lap.

For the remainder of the race the McLaren gradually climbed the order, picking off drivers one by one, including an eye-catching move when he put all four wheels up on the kerb and went around the outside of Pierre Gasly. His two-stop strategy saw him go from soft to medium and back to softs to finish the race in sixth for the first points of his F1 career.

Albon qualified three tenths ahead of his team mate, Kvyat (who was put on the wrong tyres in Q2), but missed out on Q3 after he made a mistake in the final corner and ran wide. In the race he lost a couple of spots on the opening laps but ran a strategy contrary to the rest of the grid which benefited him in the long run. His first two stints were on the soft tyre before switching over to the medium for the final 32 laps.

At the end of the race he got lucky with Renault’s double retirement that propelled him into ninth so he could claim his first points of the season.

Vettel’s problems began in Q2 when he hit traffic on his first run and spectacularly flat spotted a set of softs. This forced him to do another run, leaving him with just one set of fresh tyres for Q3. Under pressure, he found himself three-tenths adrift from his team on the front row.

When Leclerc started poorly Vettel pounced, holding the lead for the first five laps. He was unable to resist Leclerc’s attack, however, and feel to second. He had a fairly quiet race until Hamilton caught him. The pair battled for a couple of laps and after Vettel lost out to the Mercedes driver at turn four he lost the rear on the exit and spun. On the back straight the severe vibrations caused the front wing to be ripped off.

He came in for fresh tyres and a new front wing and came out ninth but recovered to fifth by the end of the race.

Gasly’s struggles continued in Bahrain as he failed to find the pace to get anywhere near his team mate as he hovered in and out of the top ten. He failed to make it to Q3 and saw a Toro Rosso qualify ahead of him.

For the majority of the race he was stuck in the midfield pack and was unable to make any significant progress through the midfield. Thanks to retirements ahead and long middle stint with strong pace Gasly found himself tenth before the Renault retirements that brought him up to eighth.

In Australia Lance Stroll had Grosjean to blame for failing to reach Q2 but this time it was all on him. The Racing Point driver only managed to outpace the two Williams drivers.

In the race he made an excellent start and was battling with Grosjean when he made contact with the Haas at the exit of turn two. Stroll damaged his front wing and was forced to stop at the end of the first lap. The accident was deemed a racing incident but of the two Stroll could have more easily avoided the contact. Despite making that early stop he only made two stops and finished a lap down in 14th.

Mercedes were clearly the second-best team throughout the weekend despite closing the gap to Ferrari significantly by the time they reached Q3. Hamilton out-qualified Bottas but the defending world champion lost out at the start and Bottas briefly ran in second.

Bottas’ pace for the majority of the race was negatively affected by a piece of plastic in his front wing. Meanwhile, Hamilton caught Vettel after his final stop and then both drivers sailed by Leclerc to secure the one-two.

Verstappen didn’t have the pace in the car to fight Mercedes or Ferrari in qualifying and in the opening laps of the race he locked horns with his former team mate, Carlos Sainz. The McLaren driver came off worse when the pair made contact at turn four, damaging his front wing. He eventually retired when the Safety Car was deployed.

Kimi Raikkonen finished a strong seventh and was handily ahead of his team mate, Giovinazzi, who was eliminated in Q1 and failed to reach the top 10.

Renault suffered a double retirement on the same lap that brought out the Safety Car on lap 54. Both drivers were in the points when the technical failures occurred.

Perez had a quiet weekend where he was clearly better than his team mate all weekend but didn’t have the pace in the car since Racing Point struggled to get out of the bottom half of the midfield.

Haas failed to score any points despite a strong showing in qualifying. Magnussen’s strategy failed to pay dividends as the team could not make their tyres work. Grosjean suffered damage in the incident with Stroll and retired for the second time this season on lap 16.

George Russell proved to be the faster Williams driver, though Robert Kubica pointed out the two FW42s were handling very differently, partly due to repair work owing to their parts shortage.

Video: How ever F1 driver performed in the 2019 Bahrain Grand Prix