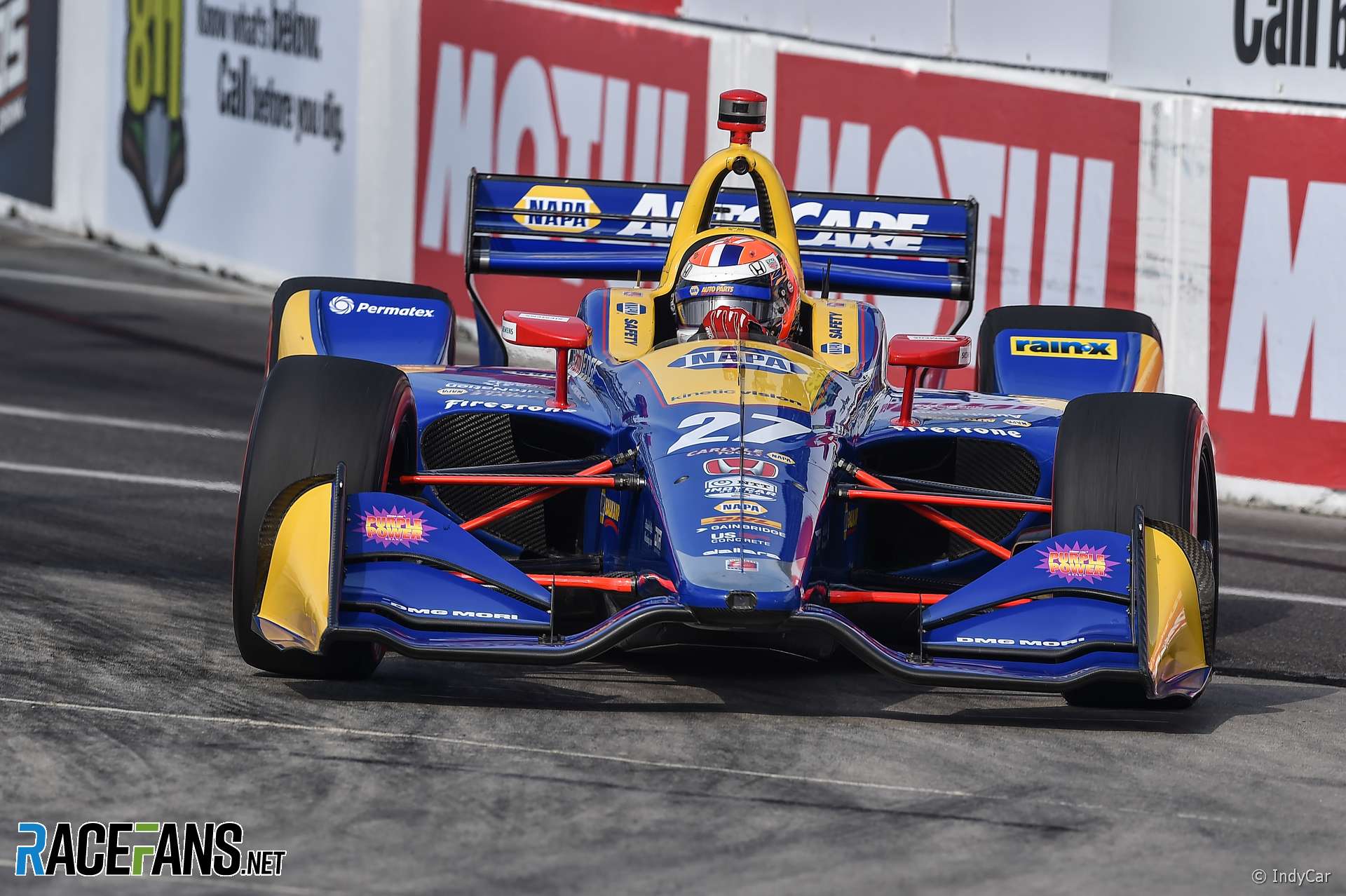 Alexander Rossi dominated proceedings at Long Beach to score his first victory of the 2019 IndyCar season by over 20 seconds, repeating his 2018 victory from pole position.

The Andretti driver was never seriously challenged after he led the field away. Scott Dixon made two bids to pass him on the outside of turn one – once at the start and again a few laps later after the race’s only caution period – but to no avail.

Josef Newgarden took second place and maintained his championship lead after Penske left him out late in the first stint, lifting him ahead of Dixon. Newgarden’s team mate Will Power got ahead as well but ran into trouble after his car faltered at the hairpin. That allowed Dixon to attack, Power locked a wheel at turn one, and slithered into the run-off.

Dixon’s race was spoiled by a slow final pit stop which cost him around eight seconds which dropped him behind Grahal Rahal and Ryan Hunter-Reay. But he grabbed the final podium place in controversial circumstances on the last lap.

Hunter-Reay faltered just as he was beginning to challenge Rahal, allowed Dixon by into fourth. As the final lap began Dixon, with over 20 seconds of push-to-pass, was climbing all over the rear wing of Rahal, who’d spent his boost fighting off Hunter-Reay.

Rahal locked up into turn eight on the final lap and Dixon swung out from behind him to pass. But Rahal moved across and the pair made contact. Dixon slotted in behind his rival but erupted in fury on the radio. Moments after they pulled up in the pits race control confirmed Rahal had been penalised, and Dixon promoted to third behind Newgarden.