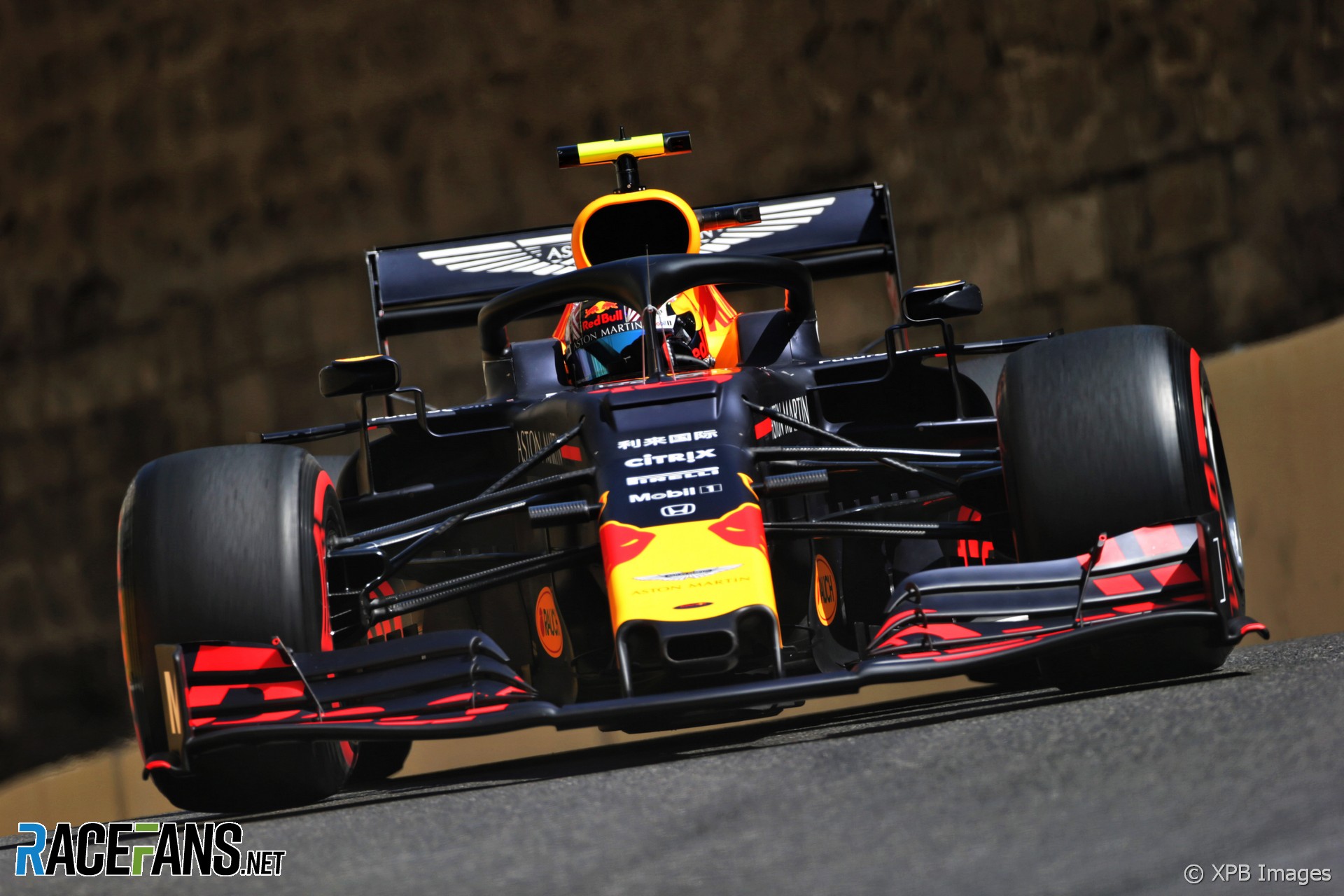 In the round-up: Red Bull team principal Christian Horner says Formula 1’s experience at the last race in Azerbaijan shows the sport does not need as many pre-race practice sessions.

Horner was asked whether the F1 race weekend could be reduced in length:

I think it depends on how many races we end up with. If we end up going more races then arguably we do need to maybe condense the time or maybe just have we saw one session worked well enough on Friday here, maybe one good session is the way to go and then parts and people can turn up a little bit later. One session is enough for the weekend.

Somewhat astounded that Red Bull is charging South African @F1 fans R750 for seats to @redbullracing demo, aka a product marketing exercise. SA fans may be starved of F1 action, but in my book this smacks of exploitation.

That nice @F1 @F1Help refunded 4 euro’s. I guess that this is for the #baku #f1tvpro problems!

Walked past Ross Brawn at lunch, forgot @F1 moved in over the road a couple of years ago!

"We are not Bernie... But I believe all of us together as a team, maybe we are not far from Bernie. I believe that what Bernie has done with Formula One, we can do the same with esports."

F1 photographer Jon Nicholson: "12.00 o’clock midday and I was in the debrief room with Ayrton, Damon and the two race engineers. Ayrton sat there saying to me how he didn’t want to race, that they were making him race. I mean really what could he do about that? I told him to go and see Bernie."

Bird: 'I Was Weeks Away From Quitting Motorsport' (e-racing365)

"Toto (Wolff) didn’t like their answer to something and I then never got to sit back in an F1 car again, never got invited to do DTM and I was told: ‘right, your time here is done.’"

Ready for a Reset (Haas)

Guenther Steiner: "We’re bringing our first upgrades of the year. A lot of parts on the car will change – the front wing, the floor and a lot of the smaller parts, like mirrors. It’s a quite significant upgrade."

Glenn isn’t sure Bottas has improved enough to beat the best in the business:

Clearly Bottas has made a very good start to the 2019 season. He is driving fast and qualifying nicely. There is evidence to suggest that he may be more of a threat to Hamilton this season than previous campaigns.

However – and it’s only my opinion – I only really see Bottas beating Hamilton when he is leading the race for the most part. He seems to have the ability to do only what is needed to stay at the front. I just don’t see him in a scenario where he is able to pass Hamilton too many times in a season. He was clearly more aggressive last time out in the opening lap or two but I haven’t seen any evidence to suggest that he has that “killer” instinct like Hamilton. If Hamilton is allowed to he will hunt you down to the bitter end. I just don’t see that same instinct in Bottas.

This is not a derogatory statement against Bottas. You have to keep in mind that Hamilton is, in my opinion (and I am not a big fan), the best darn driver in the current field and has been for some time. Racing, qualifying, leading, chasing. He has more chops than anyone else at this point in time.
Glenn (@Glennb)

42 comments on “‘One practice session is enough’ – Horner”