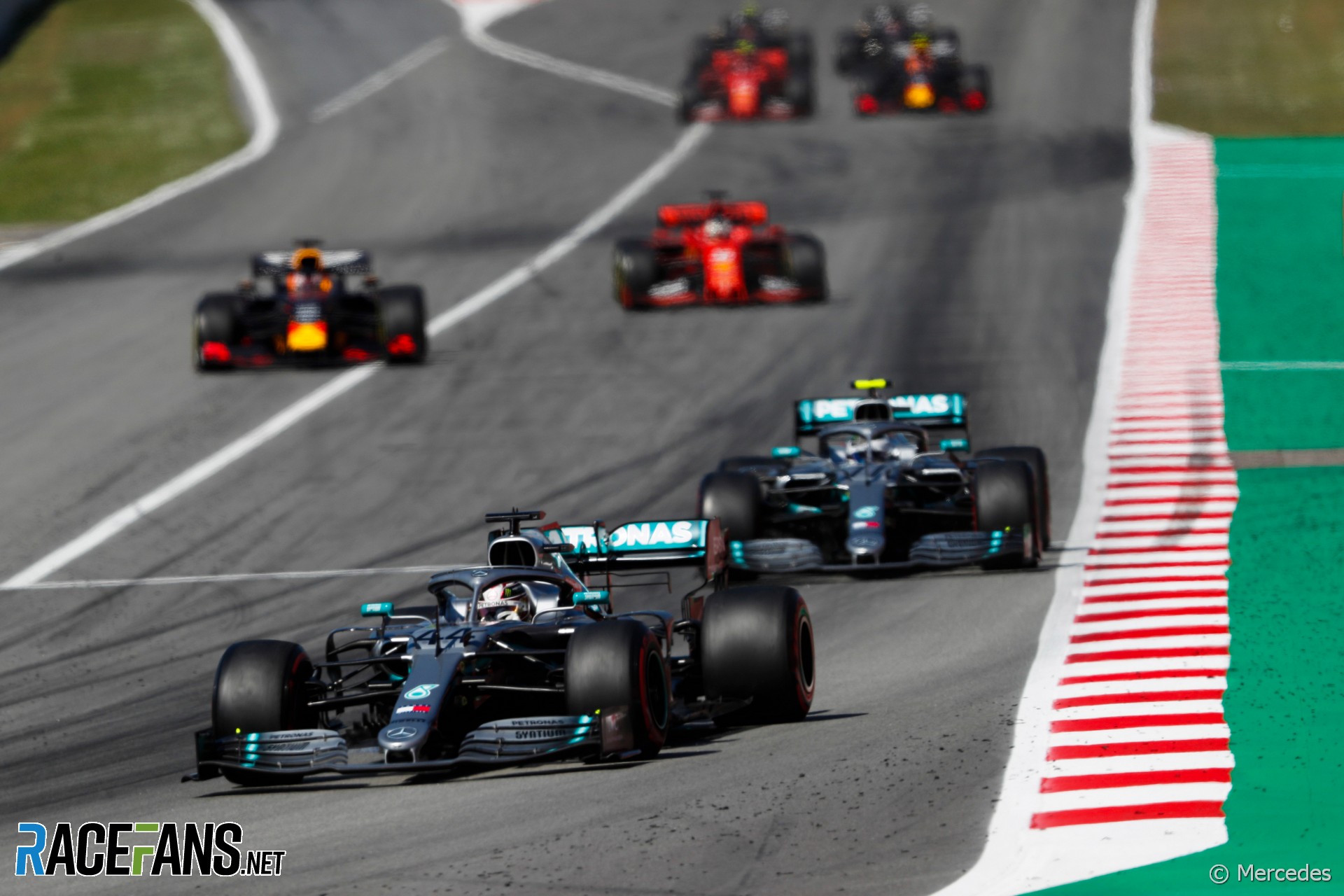 Mercedes told their drivers to stop trying to set the fastest lap in the closing stages of the Spanish Grand Prix, but Valtteri Bottas said it was “impossible” to beat his team mate’s time.

Lewis Hamilton scored the extra point by setting the race’s fastest lap with a time of 1’18.492 on the second lap after the Safety Car came in.

“The team reminded me about the fastest lap,” Hamilton explained. “I went for it, I can’t remember what lap it was, but initially I pulled a really nice gap, like five seconds after a couple of laps, a really good couple of decent laps, and then I think after that I did the fastest lap. Then I was about to go again but they said that I had it.”

“The first lap of the restart I tried to see if there’s any opportunity for me to get him,” said Bottas. “There wasn’t, so the next lap I went to charging mode on the battery so I fully charged it, tried the lap after but I felt I’d already lost the edge of the new tyre.

“So Lewis had it one lap earlier so he got it. Obviously for me being right behind him it’s quite impossible with the same car to set a quicker lap time.”

Bottas’s quickest time was a 1’18.737, 0.245 seconds slower than Hamilton’s. After setting it he was told on the radio: “OK Valtteri so instruction you’re not going for fastest lap until the end, Lewis has got fastest lap.”