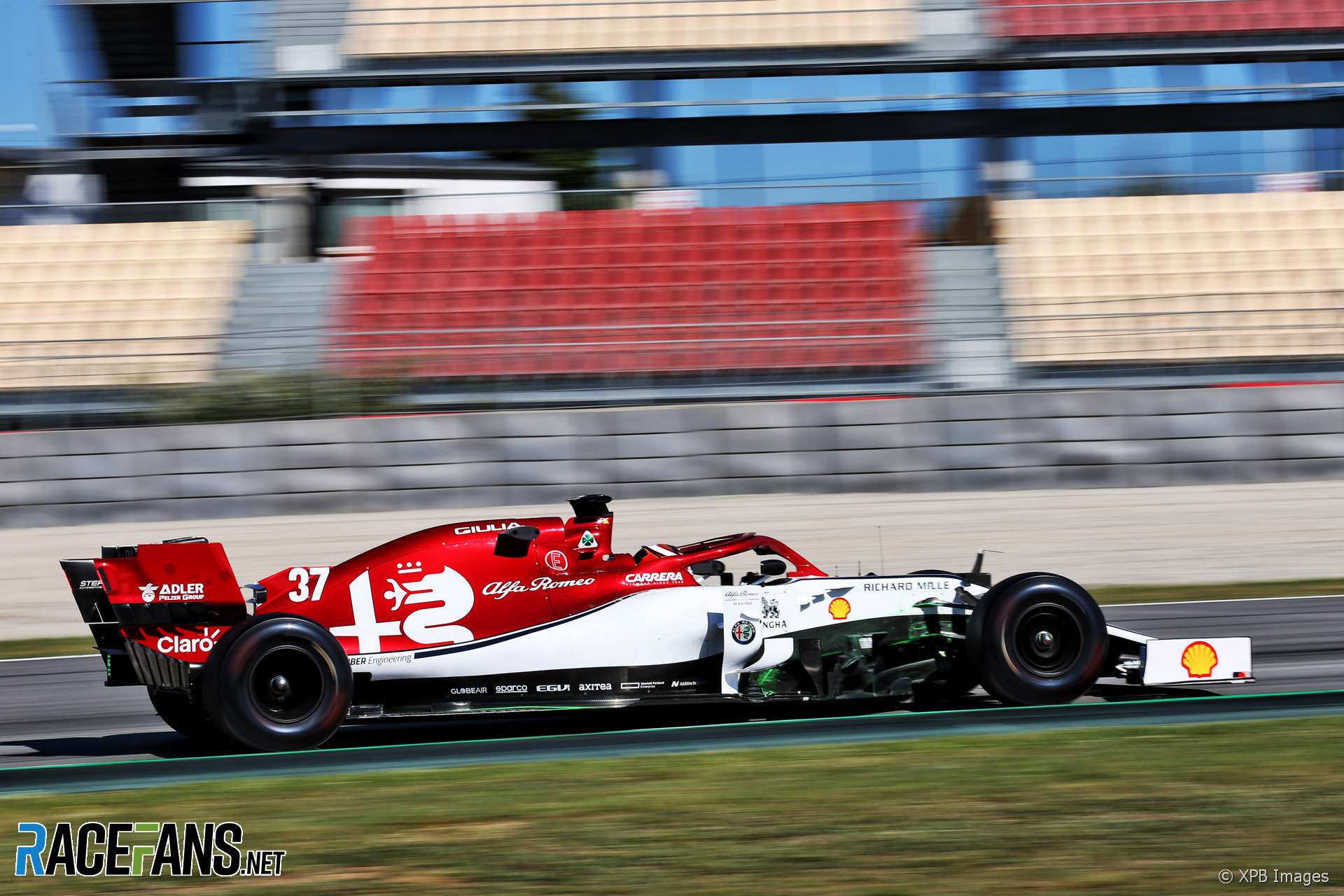 Alfa Romeo’s mechanics will have to work a night shift at the Circuit de Catalunya after rookie tester Callum Ilott crashed his car at turn three.

The Ferrari Driver Academy member was unhurt after his heavy impact at the corner. The team is still looking into the cause of the crash.

“In turn three, I’d done the first part of it and then out of nowhere just a big snap. No previous movement, just gone.

“So that’s why it’s a bit unexplained, there’s no difference in wind, something hasn’t broken that we’ve seen and in terms of driving it looks very similar so it’s a bit strange and for me I was completely caught off-guard because it was exactly the same as the other laps in terms of driving. We’re still looking at it, hopefully by tomorrow we’ll have more of an answer.

“It caught me off-guard and a real shame because it was a real positive day up to that point and I felt like I’d done a really good job. I think if you speak to the team it was really positive up to them.”

Ilott, who drives for Sauber Junior Team by Charouz in Formula 2, covered over 40 laps before his crash.

“It’s incredible. It’s hard to describe. The corner speed you can carry, also with the power as well, it’s amazing. So obviously it was a bit of a shock and a bit to get used to at the beginning once we started to progress a bit from the installs.

“But actually, to be fair, I felt quite comfortable with the car, really getting into it. In the morning we battered through all the testing that we needed to. And I think I was happy, the team were happy, we were getting through that really well. So overall it was a really positive day other than the crash.”

Kimi Raikkonen will continue the test in the team’s repaired car tomorrow.