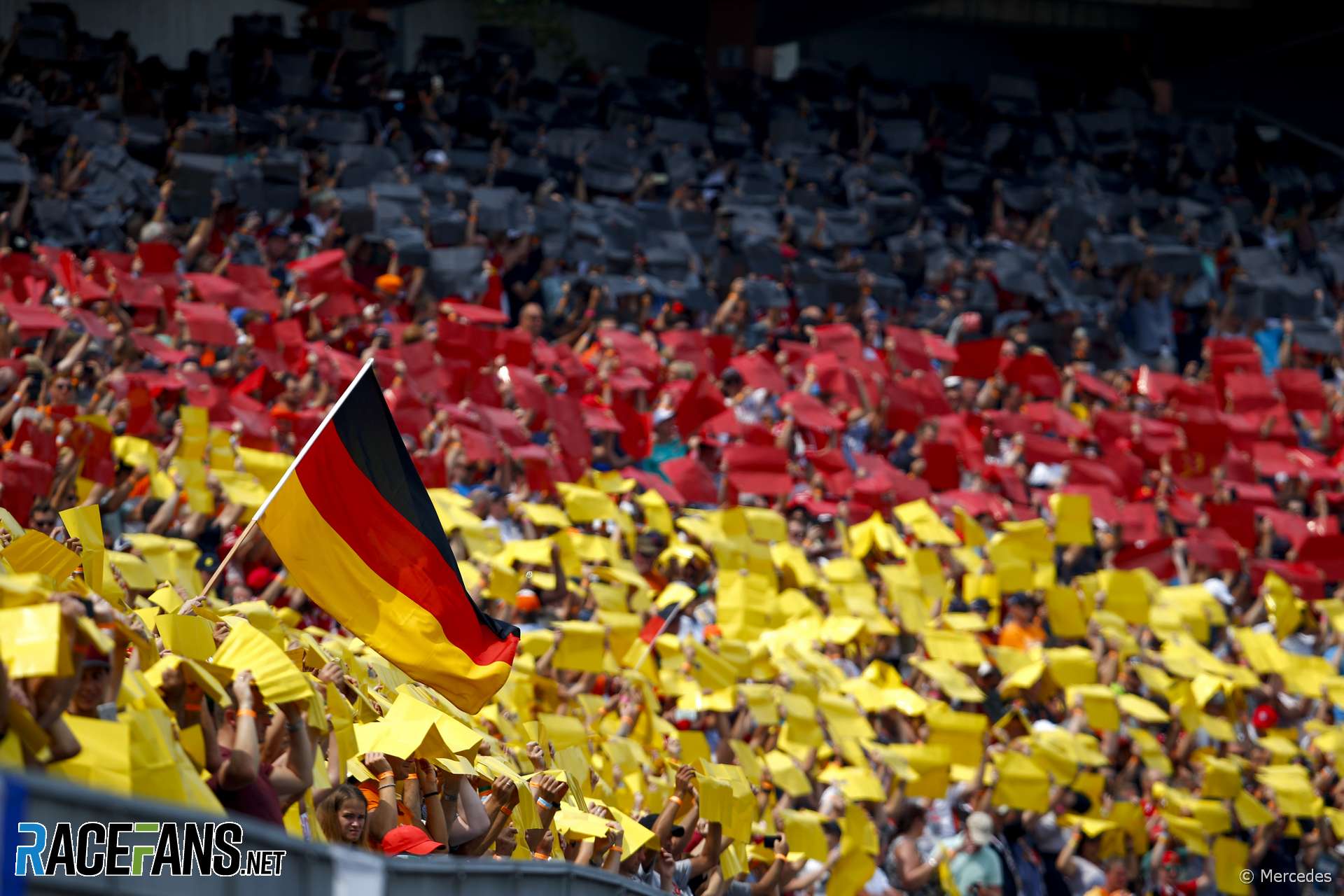 A new title sponsor will have to be found to ensure the German Grand Prix appears on the 2020 F1 calendar if Mercedes does not extend its current deal.

The race at the Hockenheimring secured a place on this year’s calendar after F1’s commercial rights holder Liberty Media reached a deal for Mercedes to sponsor the race. Liberty has an option to extend the contract for next year but the Hockenheimring’s marketing director Jorn Teske told RaceFans a title sponsor is needed for the race to continue.

“There is an option which is not up to us for 2020 for one further year. But for the moment we have no decision if this will be taken or not,” he said.

“It might be a point even the decision of Mercedes to extend the title sponsorship is a crucial point for them.”

Teske said their contract does not specify the race must have a title sponsor, but one is needed to make it financially viable. If Mercedes does not continue its sponsorship deal an alternative would have to be found. “If Liberty Media [acquires] another new partner interested in title sponsorship in Germany it might be the chance,” he added.

The race is under pressure due to the addition of the Vietnam Grand Prix in Hanoi and yesterday’s announcement of the return of the Dutch Grand Prix at Zandvoort. Germany is one of five races on this year’s schedule which has not officially confirmed a place on the 2020 calendar. The others are the Spanish, British, Italian and Mexican Grands Prix.

Teske suspects “at least one of the traditional race tracks [will] have to leave” because of the new additions to the schedule.

“Normally I would say it’s a quite similar situation to last year but it isn’t,” said Teske. “It’s similar because we’re in Barcelona and we still don’t know if we have a race next year or not.

“The difference is the expiring contracts of five race tracks. There are many, many rumours around. Probably two of the five circuits are very close to an agreement or even have signed an agreement, which should be Silverstone and Monza.”

Mercedes team principal Toto Wolff said he hopes fans turn out to support the race following Mercedes’ dominant start to the new season. “I don’t know about the ticket sales and I hope that Hockenheim can be full house because it’s great to come back there,” he said. “I hope that we can make fans cheer for a great team.”

Read @DieterRencken’s analysis of how the return of the Dutch Grand Prix will affect the F1 calendar in the new edition of his RacingLines column later today on RaceFans.