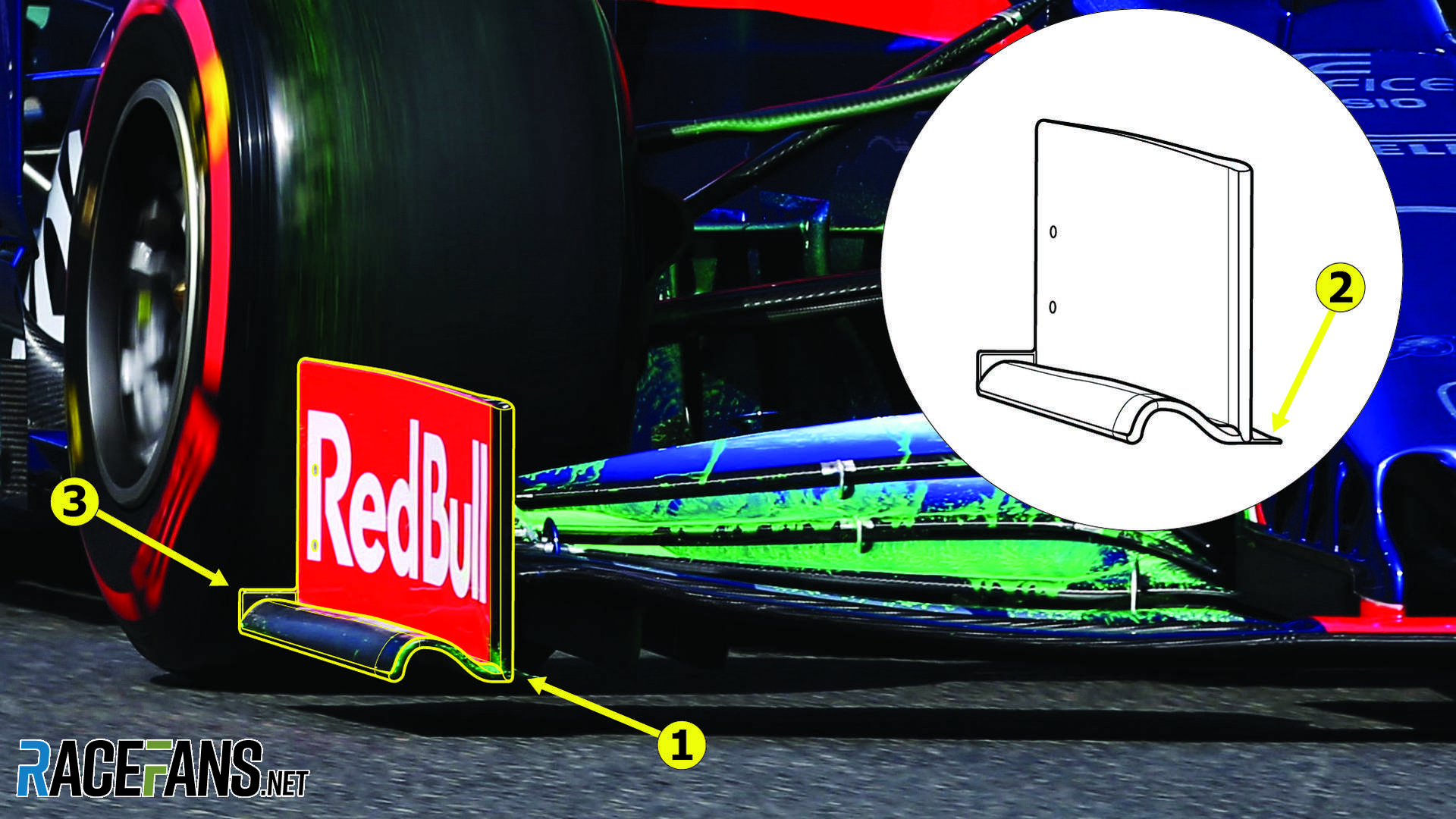 As teams learn about how the airflow works with these new, simplified front wings, minor changes to well-established solutions are starting to occur.

Toro Rosso were one of the teams to start the season with the inboard-loaded front wing, thus they use the endplate in a different way to push airflow out around the front tyre. In Spain the second iteration of their front wing endplate was seen, and this eschews a feature used on front wings for many years.

Originally, endplates were fitted to the ends of wings to help contain the high pressure above and low pressure below, by preventing the air spilling underneath and costing downforce. In modern motorsport the endplate does far more than this ‘sealing’ of the wing tip: Additionally, they form vortices to push air around the front of the car.

Therefore, with the current full-width front wings, they create an ‘outwash’ airflow to push the front tyre wake away from the rear of the car. These vortices are formed in three places: The top edge, the footplate and the point where the wings meet the endplates.

Toro Rosso’s new footplate area is revised to make the vortices stronger. As free-stream air rolls under the footplate from the outside, pulled in by the low pressure created under the wing, it’s spun into a vortex by the arched footplate shape. This straightens the airflow under the footplate and prevents the loss of pressure, whilst simultaneously creating a strong airflow to control the wake coming off the front of the tyre.

To help this effect, the usual inner footplate (1) was removed in Barcelona. Normally teams have a footplate (2) running on the inside of the endplate to separate the airflows on each side.

These of sort of treatments are typical of Toro Rosso who lead the trend in many detail areas of aerodynamics. It’s noteworthy that the step on the end of the footplate (3) introduced at the start of the season has now been copied by Ferrari.