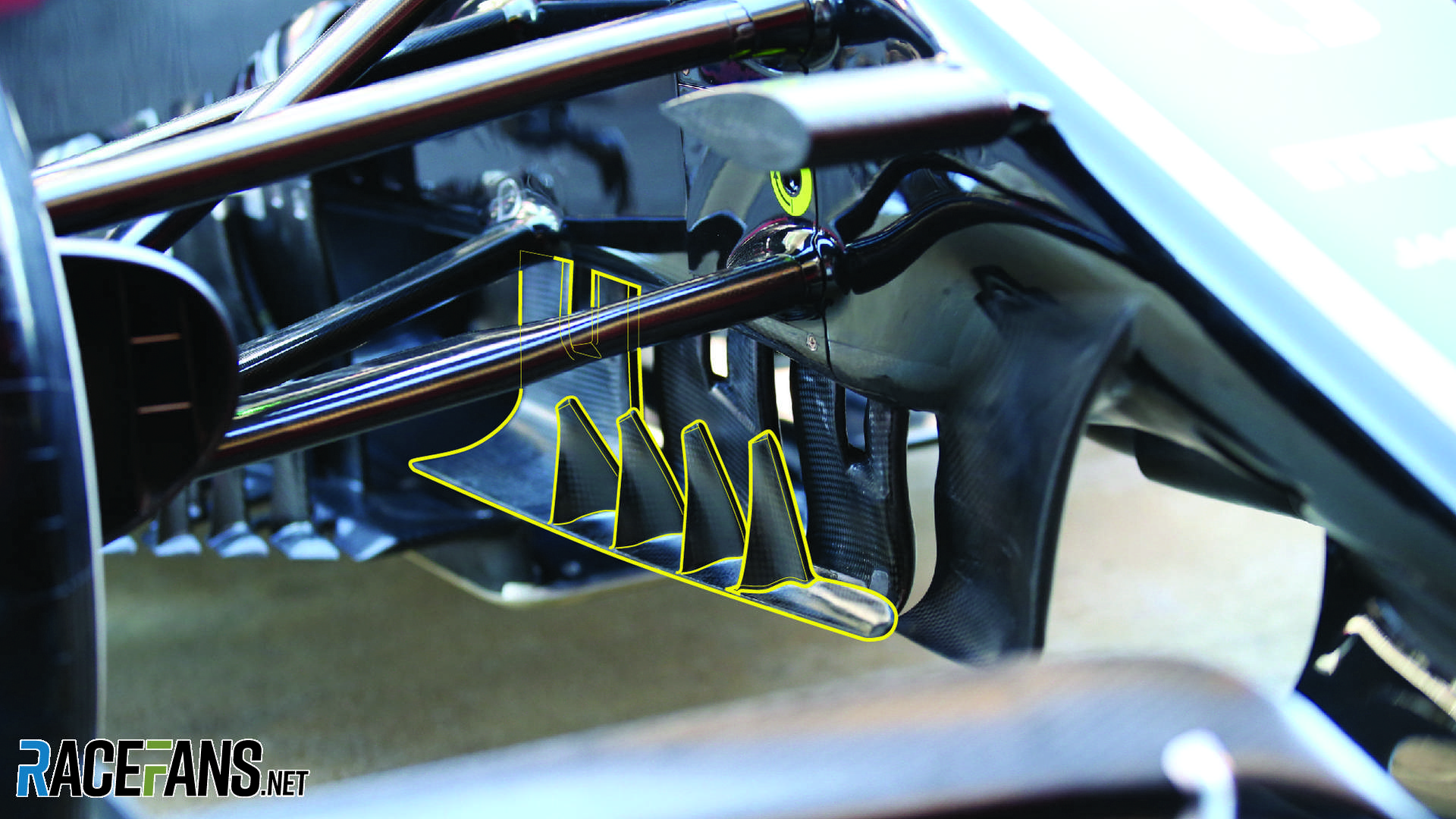 Haas are fighting on two fronts: seeking to improve their raw pace and master control of their tyre temperature. The latter has caused the most grief in recent races but the former is clearly the target of the more obvious changes on their car in Spain. Meanwhile the team’s work continues on resolving their tyre management problem.

The performance updates in Spain were quite significant, with turning vanes, bargeboards and the floor seeing revisions.

Rarely seen up-close (pictured above), underneath the front suspension nestles a set of vanes that were the most aggressive change for Barcelona. These front turning vanes are part of the Y250 aero set up and the usual Haas package of three hanging vanes with footplates was augmented with a set of four vertical vanes mounted to the footplate area.

These teeth act as vortex generators that help the turning vane package direct the Y250 vortex through the front of the car.

Sharing the same aim, VF-19’s the bargeboards also came in for revisions. The main bargeboards had new tops fitted (1). The split line in the carbon fibre were the new sections were bonded are clearly visible.

As is normal with this area, any single section of bodywork is soon split into multiple sections, with slots moulded into the panel. Thus, the two old sections are now formed as four, each setting off a vortex to aid the Y250 airflow. Likewise, lower down on the bargeboards, the footplate gains an extra tall-standing vane (2) and footplate sections are increased to three elements (3).

Haas also tried a two element ‘coat hanger’ shape T-wing in practice. However this only appeared for a few trial runs, suggesting it was being checked ahead of its introduction in Monaco, where every last scrap of downforce is vital.

7 comments on “Analysis: Haas adds downforce as it grapples with tyre troubles”