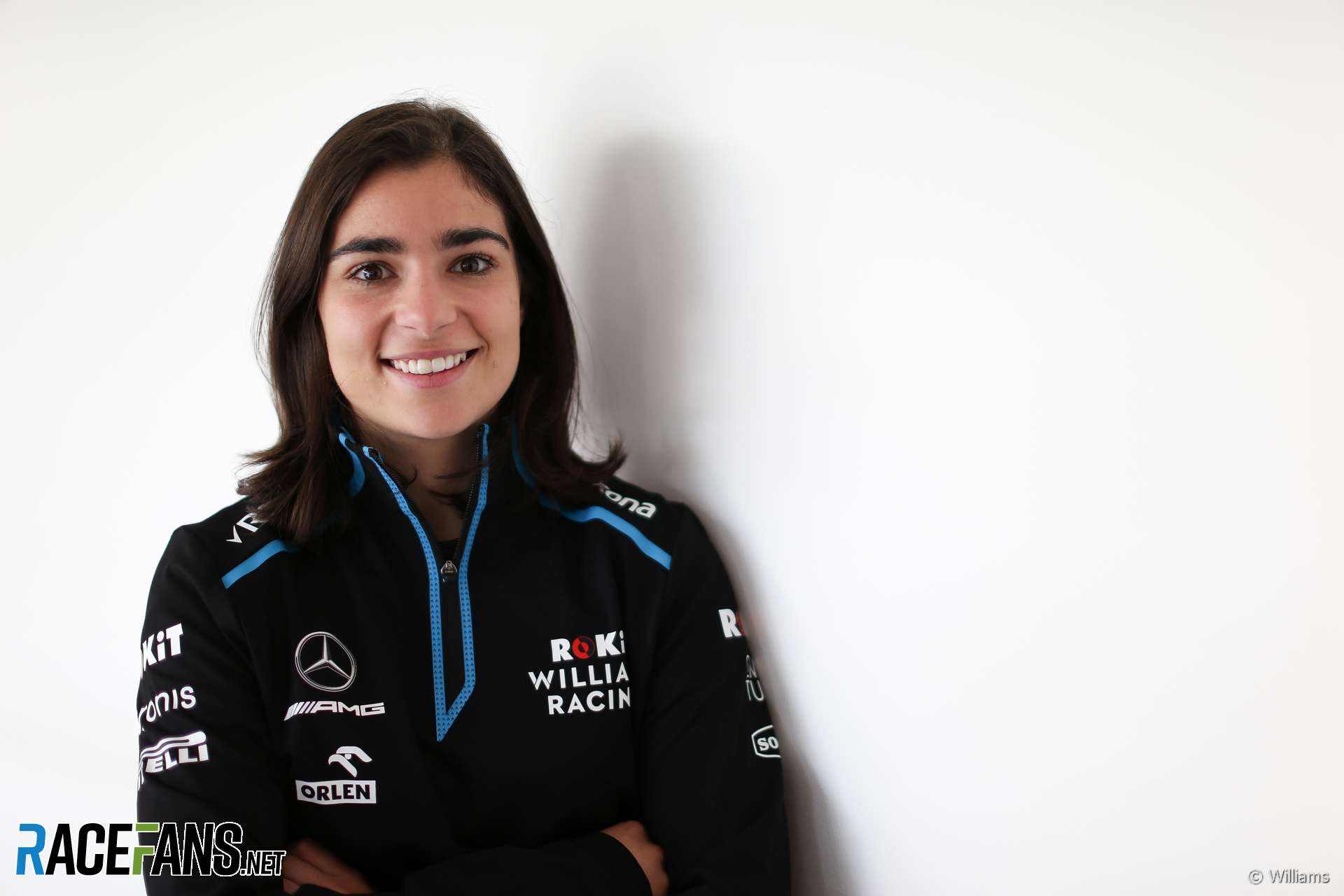 The 21-year-old only moved into single-seaters two seasons ago after racing in the Ginetta Junior and British GT championships. She won the GT4 category title in the latter with team mate Ross Gunn two years ago.

Chadwick moved over into single-seaters in 2017 in the BRDC F3 last year. She took six wins in the 15-round 2018-19 MRF Challenge series, run on three tracks in the Middle East, to clinch the title.

She is currently leading the inaugural W Series, a championship exclusively for women races, having scored a win and a second place in the first two races. Williams team principal Claire Williams visited the opening round of the W Series in Hockenheim earlier this month, which Chadwick won.

“Promoting women in motorsport is extremely important and having a female role model as part of our Driver Academy will hopefully inspire young girls to take up racing at a young age,” said Williams. “We hope to show that motorsport is inclusive and exciting, be that as a driver or on the engineering side. Jamie is a great talent and I look forward to working with her.”

Chadwick will attend three F1 races with the team, beginning at the British Grand Prix, and conduct development work in the team’s simulator.

“It is a great honour to be joining the Williams Racing Driver Academy,” said Chadwick. “The time in the simulator is a fantastic opportunity to aid with my development.”