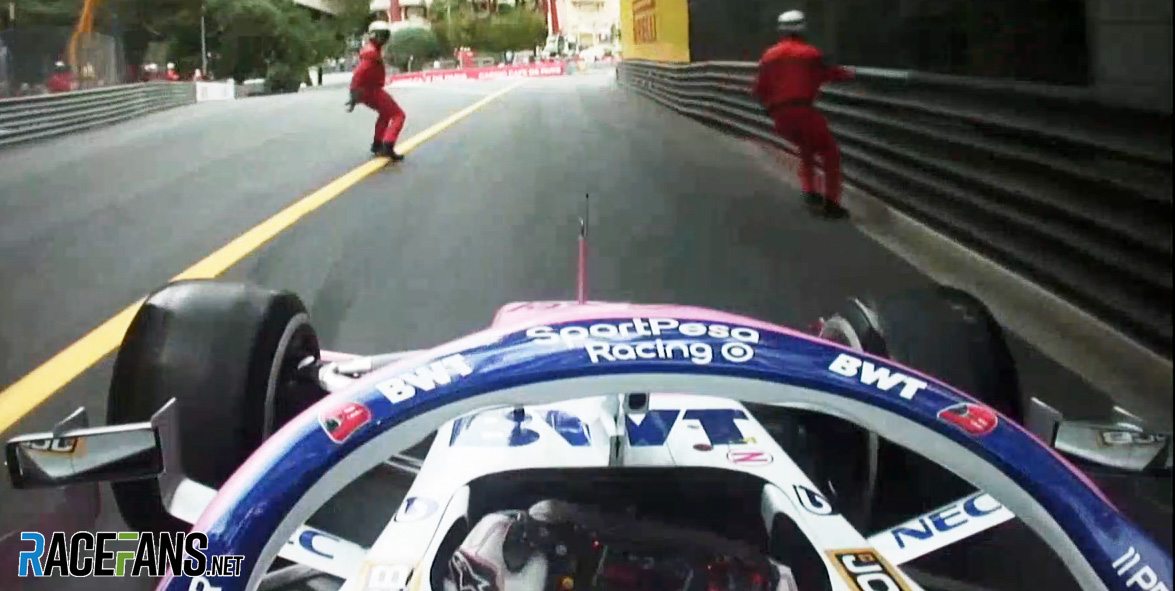 Sergio Perez thought he had injured a marshal after he returned to the track following his pit stop in the Monaco Grand Prix.

Perez had to take avoiding action after he arrived at turn one to find two corner workers standing in the pit lane exit.

“Man what was wrong with those marshals?” he exclaimed on the radio. “I nearly killed him! They’re OK?” He was later told the marshals were “out of the way”.

He explained the incident to media including RaceFans after the race.

“During the Safety Car I had a marshal nearly run into me,” said Perez. “I nearly ran over two marshals.

“That was really bad. They were just running back and I was coming out of the pits. I had to brake and they were very lucky that I avoided them.”

Perez said he will raise the subject of marshal safety with the FIA as a result. “They’re normally very good. It’s obviously safety, at the end of the day it’s most important the safety for the marshals and drivers.”

As the incident was unfolding Perez was being told by his team that he would be close to Nico Hulkenberg as he rejoined the track. “Checo you’ve passed the Safety Car line one twice so you don’t need to follow the delta any more,” they added.

The Racing Point driver finished the race in 13th place behind Kevin Magnussen. The pair have been summoned to the stewards over an incident in which Magnussen drove across the chicane while trying to keep Perez behind him.

16 comments on ““I nearly killed him”: Perez reveals near-miss with marshals”