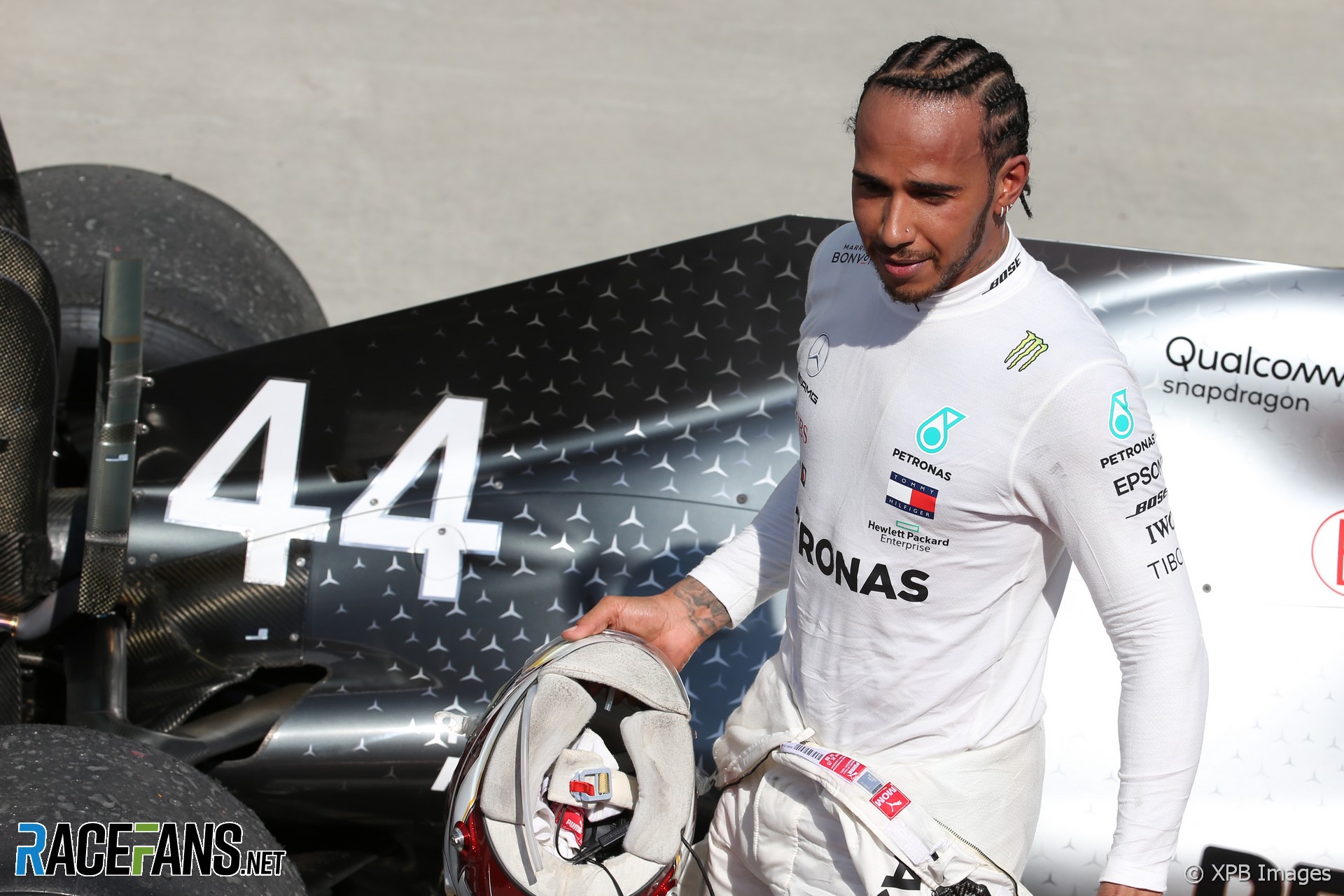 Mercedes have said that a hydraulic leak on Lewis Hamilton’s car, identified before the Canadian Grand Prix, could have stopped the championship leader from starting the race.

Andrew Shovlin, Mercedes’ Trackside Engineering Director, said that the repairs to a hydraulic leak were only identified after Parc Ferme which meant the team was under time pressure to remove and replace Hamilton’s whole power unit before the race start –

“We had some issues with Lewis’s car before the race and this actually became apparent after Qualifying. We dropped the floor, we noticed there was some oil on the floor so somewhere there was a leak. We could also see on the data we were losing some hydraulic pressure.

“Now, the issue is that the cars are then in Parc Ferme overnight, we are not allowed to touch them or to investigate it further. So, that investigation moved to Sunday morning, when we are allowed to access the cars again, the mechanics can work on them. We had to take the Power Unit out. We traced the leak to the throttle actuator, and then we made a request to the FIA to change the throttle actuator and some of the associated hydraulics.

“So, that work was quite a big job though, there’s a lot to do within that. And it was pretty tight to get Lewis’s car back together for the start of the race.”

Although the team were confident they had identified the actuator issue, the risk was that there could be another problem – or that removing the power unit and re-installing it under time pressure would compromise fire-up and mean Hamilton would have been unable to start the race.

“The issue when you have an unknown fault or a leak is you don’t know how long it is going to take you to find it, to identify it. We were able to get the car back together.

“Where we were at risk was if we then fired up and we found another problem, if the engine had to come out again, that’s when we would’ve got short on time and perhaps not even been able to start the race.

“But, it was a great job by all the mechanics involved and quite happily the car was back together in time and finished the race successfully.”