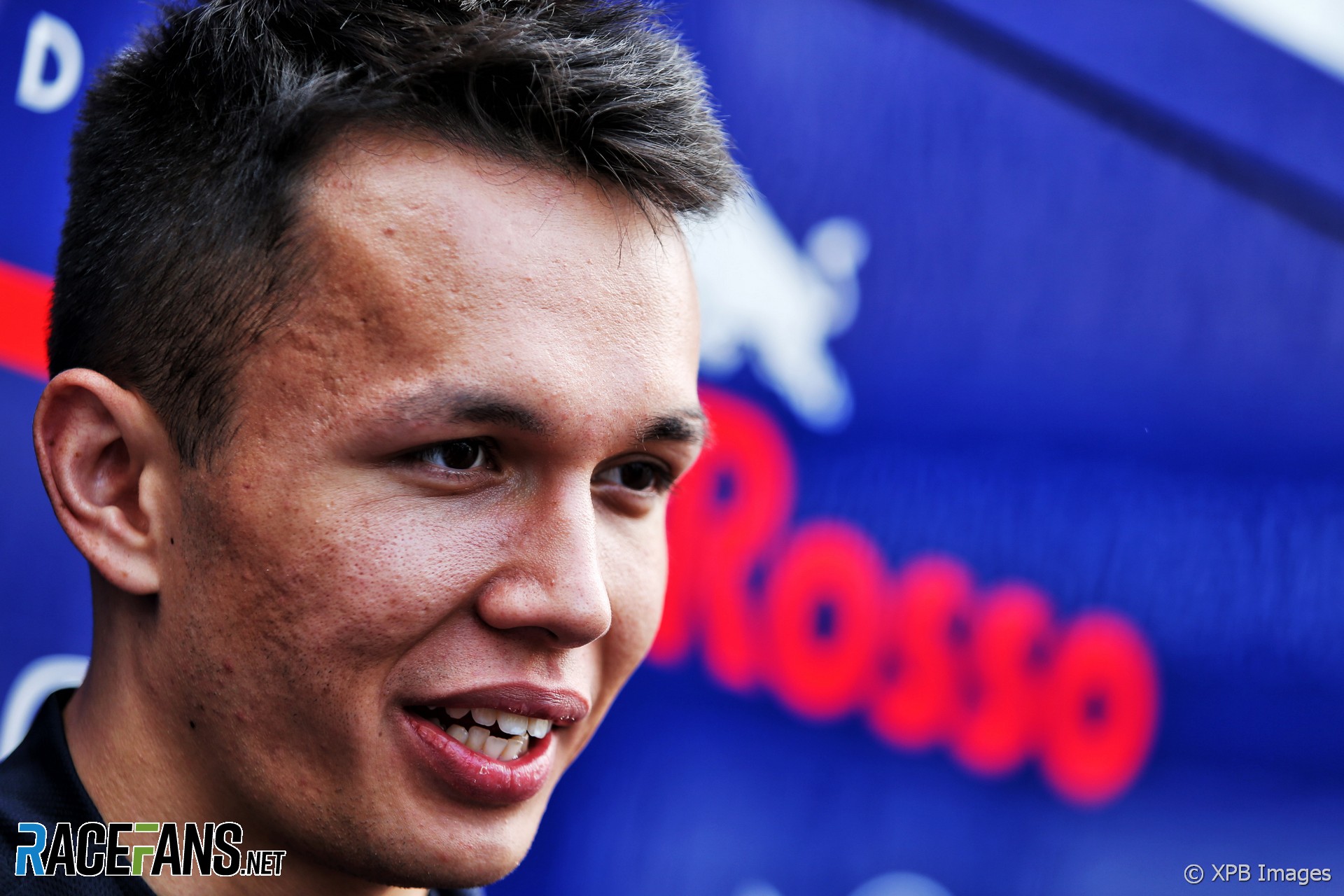 Alexander Albon admits he felt “daunted” by his move into Formula 1 initially but his early points scores helped relieve the pressure.

The Toro Rosso driver was a surprise appointment to the team this year and only drove an F1 car for the first time when the team shook down its STR14 at Misano before pre-season testing began.

Albon said he’s “a lot more used” to life in the F1 paddock now. “The F1 circus isn’t so crazy once you’ve spent time in it.

“You just adjust to it and everything becomes normal. I’m getting there. At the beginning it was a bit daunting in some respects how much stuff you had to do. Now it’s more like, you get used to it.”

The rookie scored points in his second and third F1 races in Bahrain and China, which he said was a valuable confidence boost.

“Early points was always good for me. I’m happy with the team as well. I feel very comfortable with them, I don’t feel stressed out or anything like that. I’ve got a lot of support from these guys and the feeling is good.

“I’m still learning. It always feels like you finish a weekend and you’re like ‘I wish I knew that’. It’s been like that for the last six races. So I’m always learning and I’m getting better too but it’s not easy.”