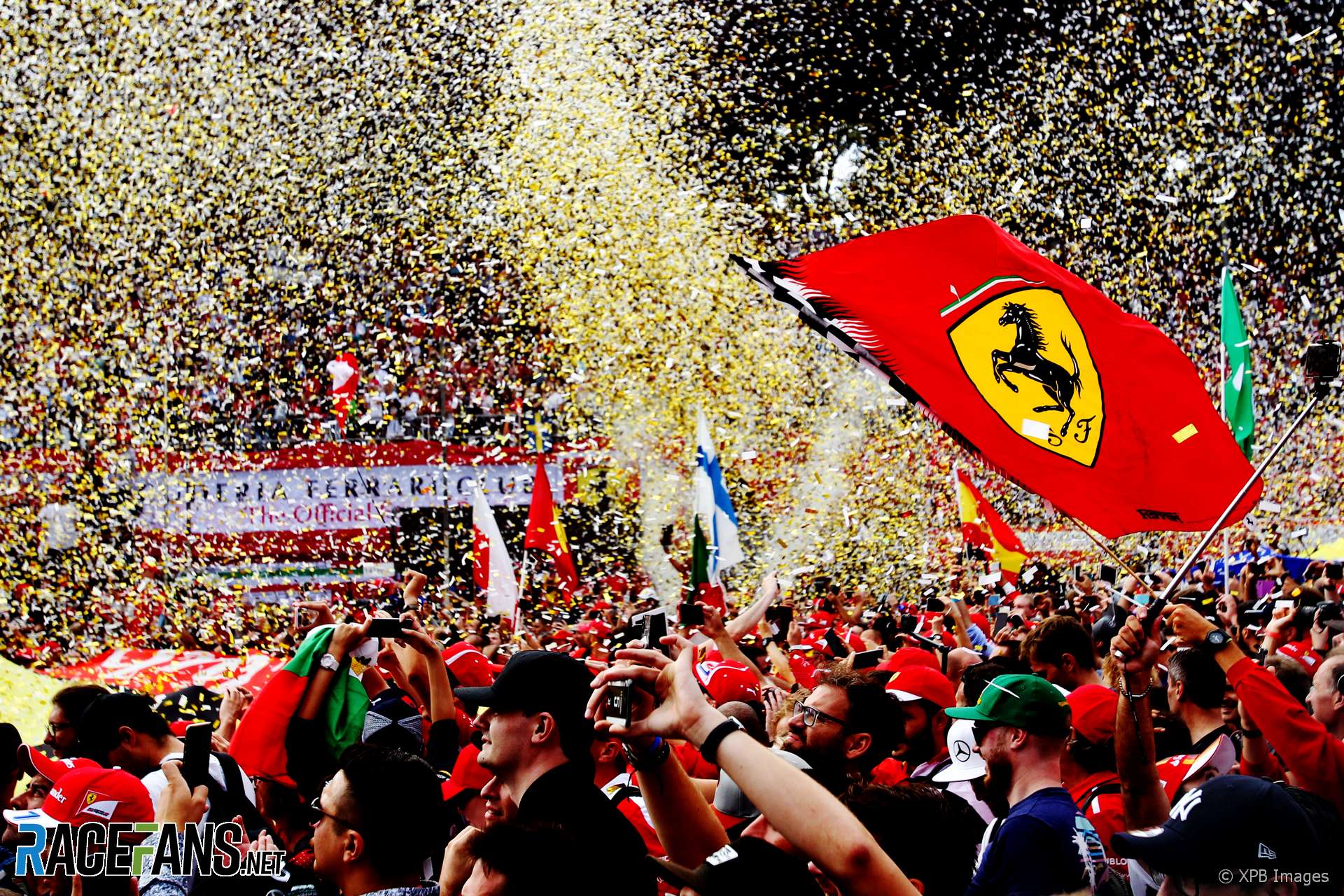 Would the end of the Bernie Ecclestone era also lead to the end of Ferrari’s unique position of power in Formula 1? We now have our answer: No.

As RaceFans has revealed in recent weeks Liberty Media, Ecclestone’s successors in charge of F1, will continue to grace Ferrari with their unique privileges. These include the power to veto changes to the rules they disapprove of – tellingly referred to as Ferrari’s ‘protection right’ in the proposed 2021 regulations – and special payments worth tens of millions of dollars which are not available to rival teams.

This tilts the playing field away from Ferrari’s rivals. But is it a price the sport has no choice but to pay?

Are these essential dispensations to satisfy the one competitor F1 cannot afford to do without? Or a capitulation to a team which considers itself more important than the sport?

Ferrari, uniquely, is the only team which has competed in every season since the world championship began in 1950. Other teams have come, gone, come and gone, or merely arrived later. Giving Ferrari unique treatment is therefore justifiable.

The popularity of Ferrari, which spreads far beyond the borders of its native Italy, is obvious and undeniable. There would be no greater coup for the elite class of the World Endurance Championship, Formula E or another potential F1 rival to attract the participation of such a prestigious team. In a world where Liberty Media’s success is measured by its share price it makes sense to give Ferrari special treatment because they are not just special, but irreplaceable.

The special treatment meted out to Ferrari allows them to shape the rules to suit their preference – either by wielding the veto or merely by threatening to – and gives them a head start in funding their car development. While Liberty may have lessened the degrees of both advantages, they remain fundamentally unfair.

Bluntly, it has this power because F1 is too scared that Ferrari will leave the sport if it is forced to compete on equal terms with its rivals. But recent developments show F1 can thrive without Ferrari. They did not participate in the sport’s acclaimed Netflix series, yet that has helped attract a new generation of fans to the sport. The same is true of F1’s Esports project, which Ferrari is belatedly entering.

It’s easy for passionate, long-term followers of Formula 1, such as myself, to underestimate the power of Ferrari in getting eyeballs pointed at television screens. No other F1 team attracts this kind of tribal following more commonly associated with soccer clubs.

You can dismiss it, but wouldn’t we love F1 to have 10 or more teams that were as popular as Ferrari? And of course Liberty Media cannot abide the though of losing them.

Still, there is no doubt that F1’s special favours to Ferrari are an affront to any notion of sporting integrity. It is deeply disappointing that Liberty Media never made a point of stating that from 2021 the same terms of participation would be offered to all teams, most of which also believe Ferrari should lose their veto powers.

That would have at least left Ferrari with the option of competing in F1 on a level playing field with their rivals for the first time since the seventies, or threatening to walk out because it can’t have its special favours any more.

What would Ferrari do in such a scenario? I suspect the sport they’ve participated in for 70 years is far more important to them than they like to admit: They’ve just announced their latest road car is named after their F1 machine.

Nor is the sport’s history exclusively bound up with this team. Consider the affection Ayrton Senna continues to inspire 25 years after the untimely end of a career which featured not one single start for Ferrari.

Do you agree F1 needs Ferrari more than Ferrari needs F1? Cast your vote below and have your say in the comments.