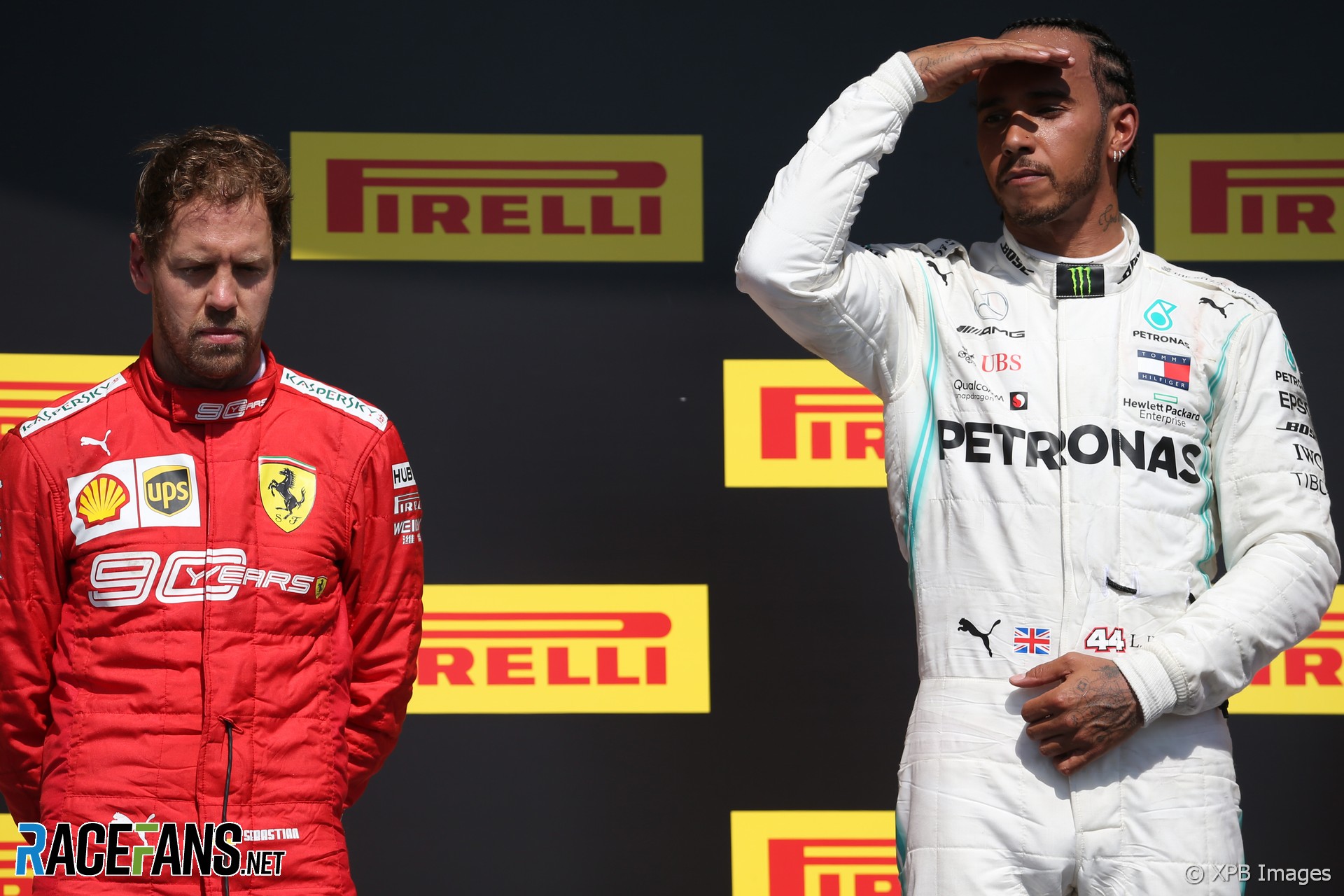 In the round-up: Sebastian Vettel says his Canadian Grand Prix penalty was especially frustrating because he had held off a faster car.

I think it’s a shame, a great shame, because we were not the fastest. I think Lewis was faster, we have to accept and we have to appreciate he had better pace in the race. But we crossed the line first, we got an incredible pole position and we managed to fight him off the whole race and stay ahead. So that’s all.

We are lucky, at least we can sleep during the race, the engineers stay in there for the whole 24H race… #respect

I love Le Mans, but the people using it to criticise F1, not so much. This is four categories in one race. Yes, top cars in F1 disappear, and so too do the Toyota LMP1s.

They’re so different. Enjoy both, enjoy only one, enjoy neither, but why use one to kick the other? #LeMans24

"'My stint went okay. We are still in the race, we are not out of contention,' Alonso said. 'Last year we were two-and-a-half minutes behind and we won the race. It’s difficult to match the other car on pure pace but we will push. The race is long.'"

"IMSA will continue doing its own thing with prototypes. Europe’s ACO and FIA World Endurance Championship will do theirs. And, for the better part of the next decade, an alignment between top prototype formulas will not be possible as different visions play out between Hypercars and Daytona Prototype internationals."

"'We have 52 weekends in the year and we’re mentioning the number of events we have so, unfortunately, there are some clashes between some dates and championships.'"

"Hanson is among a group of young drivers who – initially at least – are turning their backs on single-seater racing for high-level sports car racing, where there’s greater opportunity to succeed."

Tyres are standard parts. They are the same for everyone. The things which change that are how they are driven (including how the engine is set up) and how the chassis affects them.

The power unit has restrictions on it to try to keep performance similar. By restricting maximum revs and fuel flow, there is a limit to the power input to the engine. The only way to get more performance is to make it more efficient, extracting more of that input power into the wheels, but there is a physical limit to the amount of power available.

On top of this, all teams use one of 4 engines. Each of these engines is, and must be, supplied equally to the teams using it. Therefore, all teams using the Mercedes engine get the same performance (given constraints from their chassis).

When it comes to the chassis, this is where money talks and large amounts of work can be put into finding a few hundredths here or there. However, even here there are strict regulations which limit what is available. The reason the top teams spend so much more is that every hundredth takes now and note work and money to find.

The cost cap is a reasonable attempt to restrict this further, as even the top teams will no longer have unlimited resources to find that extra hundredth.

46 comments on “‘Hamilton was faster’ in Canada, Vettel admits”