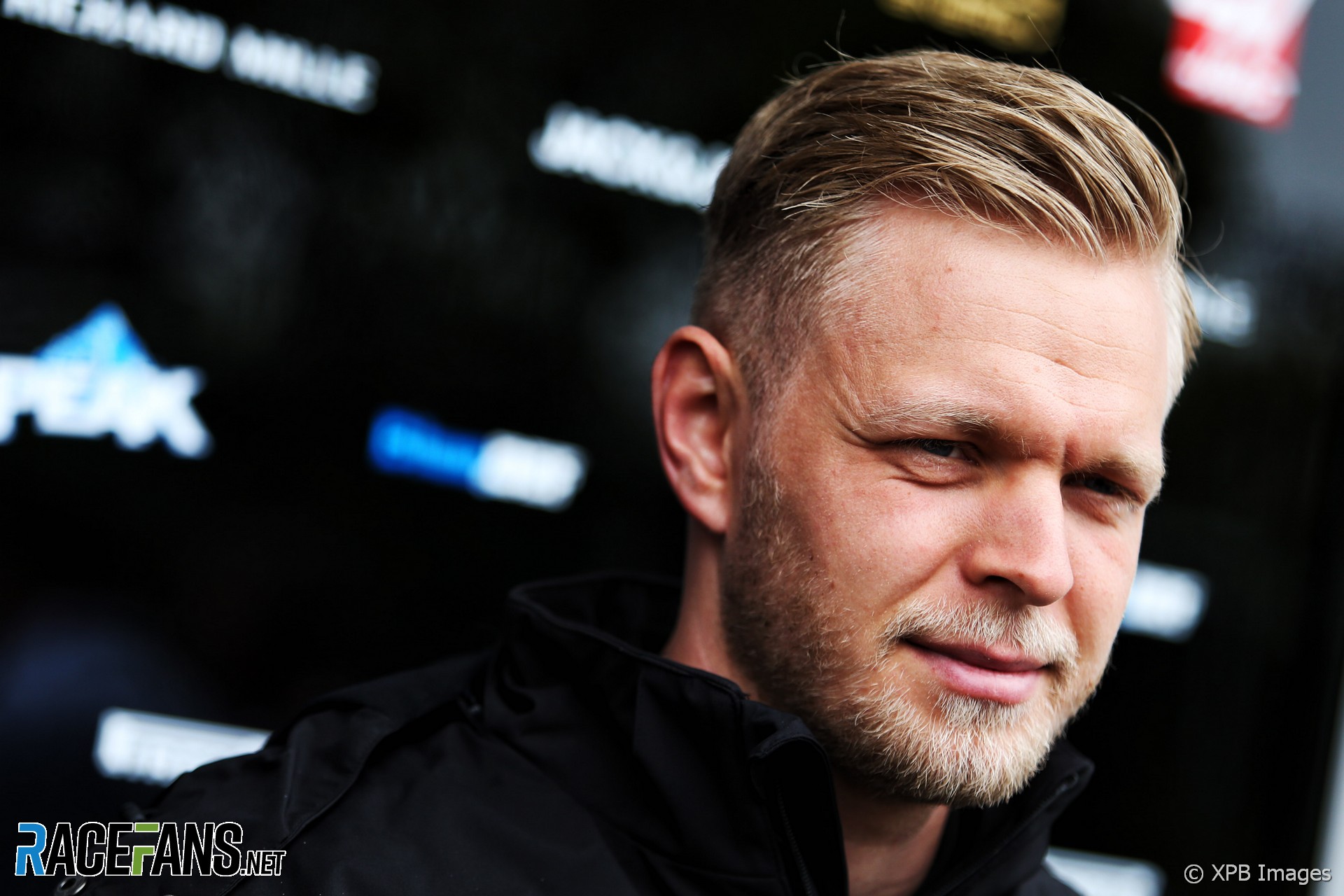 In the round-up: Kevin Magnussen says drivers asking for less downforce “want to go back to what they were good at.”

Those drivers that want to have less downforce, it’s because they can’t drive these fast cars. They want to go back to what they were good at but that’s their own thing – nobody wants slower cars. I think we could have more horsepower because we’ve got so much grip it’s unbelievable. But driving these cars is just phenomenal, there’s nothing better in the world. Nothing – there’s one thing that comes close – but it’s absolutely fantastic driving these cars, when you’ve got low fuel and new tyres it’s just incredible. And if we could have that, with more horsepower and the ability to follow a bit better then I think it would be great.

Congratulations to the SMP #11 to finish on P3 at the 24h of Le Mans. 💪🔥 (And another proof that you can also have a successful career outside of F1. 👊) #FernandoAlonso #Alonso #StoffelVandorne #Vandorne #VitalyPetrov #Petrov #MikhailAleshin #Aleshin #SMP #SMPRacing #WEC #endurance #motorsport #racing #LMP1 #24hLM #24hLeMans #LeMans24h #podium

After a shakedown at Mugello, it’s the first proper test in Spain this week. These tyres will be raced in #F2 next year. It's the F2 car of tomorrow… today!#Fit4F2 @pirellisport pic.twitter.com/XTjGbhaXVk

Our FIA F3 drivers will be mastering Le Castellet at the #FrenchGP this weekend 👊#F3 #RoadToF1 pic.twitter.com/d4UoC0JQKM

what the hell happened in Le Mans 2015? BMW weren't even there.

Special helmet for a special race 🇫🇷 Thanks Eric @AmatoDesign_ for the design, I love it! @GPFranceF1 I’m ready for you 😉@BellRacingHQ pic.twitter.com/kFW7d6C8ND

"Ferrari team boss Mattia Binotto said the French track will not suit the car. 'Paul Ricard was a tricky circuit for us last year and we know this kind of track isn't particularly favourable for our package,' Binotto said."

"The sanctioning body made an example of driver Ross Chastain’s No. 44 team after the rain-delayed Truck Series race at Iowa Speedway on Sunday, announcing soon after the 200-mile race ended that its dominant driver, Chastain, was disqualified for failing post-race technical inspection."

"'There was also a sticker on the back of my kart with the cartoon of a girl – and the caption read: ‘You’ve just been passed by a girl’. I hated it.'"

"The video is a brief teaser of the camouflaged prototype in action at Fuji Speedway. Even better—for part of the video, it’s being driven around the track by Toyota CEO and President Akio Toyoda."

Robbie thinks Gasly’s form this year isn’t too hard to explain, ahead of the French driver’s home Grand Prix

Personally I’m not that surprised at Gasly’s performance as even mighty Max hasn’t been as strong at some tracks like Monaco as last year. They have admitted they’re lacking something, and certainly have not complained about the Pu. Max is a fantastic anomaly and was always going to be tough to match. I think they know that he is not only exceptional, he is also the more engrained veteran in the team. Without being a fly on the wall to know what exactly is being said internally, I would like to think RBR is taking some blame for not having quite the car as last year (perhaps much to do with this year’s tires) and are being patient with newbie Gasly. So much this year depends on being able to get the tires to work, which imho should never have to be the first and foremost goal. They should just work so these boys can go racing.