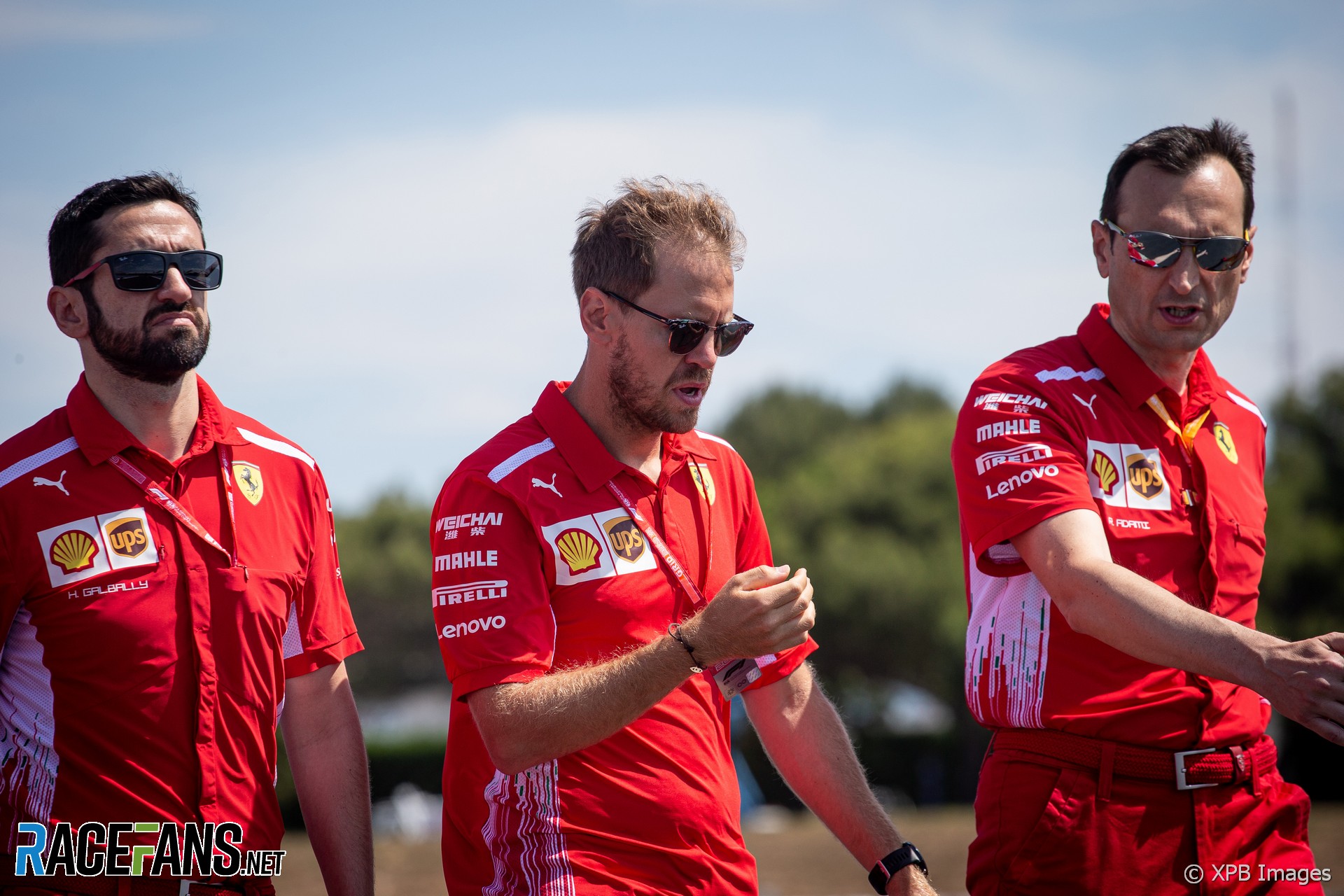 Sebastian Vettel says Ferrari hope to present new information regarding the Canadian Grand Prix incident between him and Lewis Hamilton when the matter is reviewed tomorrow.

The team will be represented at tomorrow’s hearing by sporting director Laurent Mekies, who joined them from the FIA last year. Vettel said Ferrari has requested the review “to open the case again and have another look”.

“We can bring some information that maybe the stewards didn’t have at the time and we’ll see,” Vettel added. Asked what new evidence Ferrari might be able to present he said: “Ask the team.”

Vettel was given a five-second time penalty after he was found to have rejoined the track unsafely when he went off at turn three on lap 48, having braked later for the corner than he had on previous laps. Prior to the incident he had been told on the radio: “the numbers on the steering wheel are correct, take actions”. He confirmed he was having to save fuel around the time he went off.

“But certainly I had to react on the gap that I had so when Lewis was close I didn’t fuel save, when he was a bit further away I had a tiny little push and was trying to harvest and save as much as I can. I pretty much had to freestyle in terms of fuel saving to make sure I finished the race with some fuel left.”

“Maybe the lap before I was lifting off because he wasn’t as close,” he added. “I didn’t try to reinvent turn three after 50 laps.”