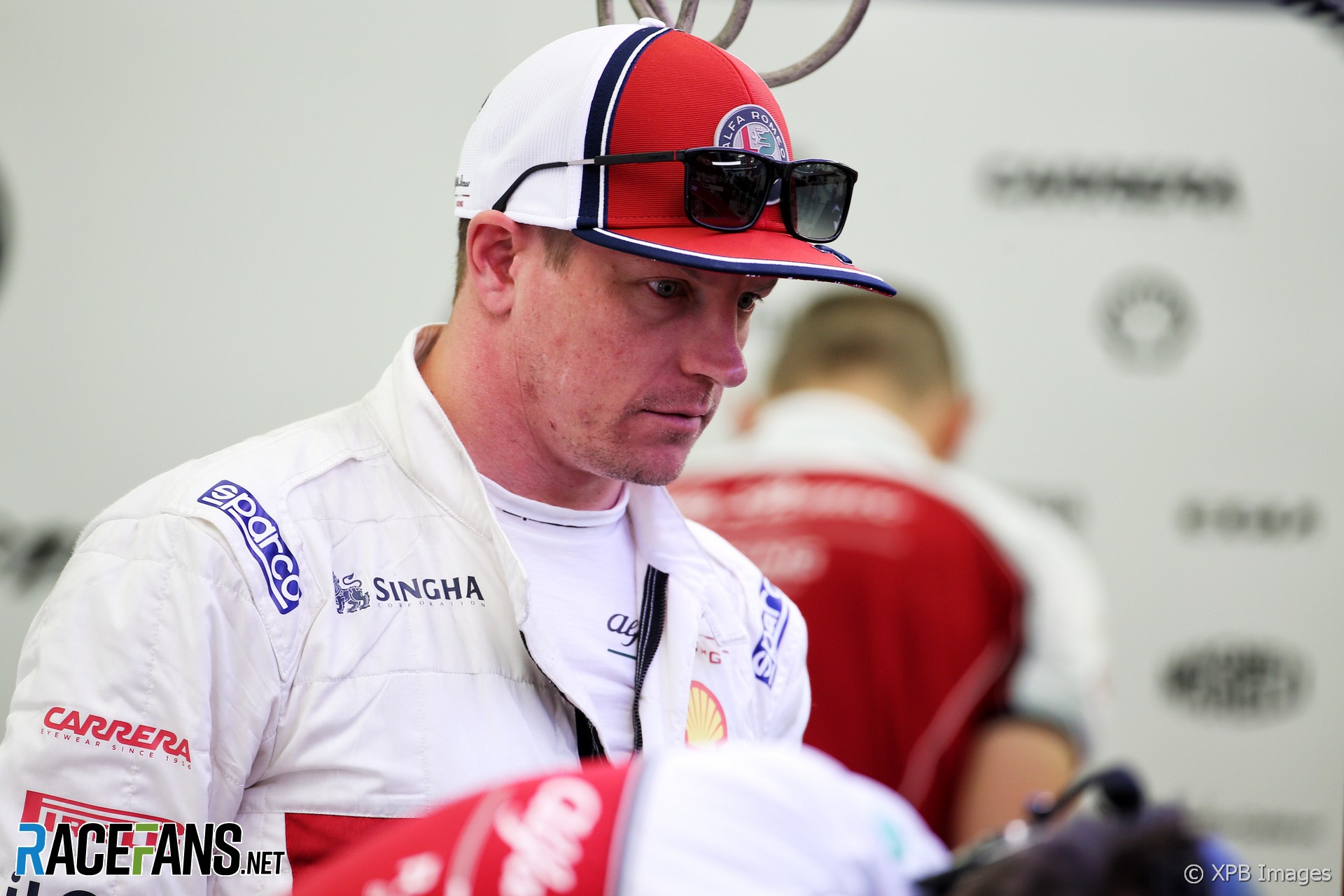 Several of Sebastian Vettel’s Formula 1 rivals have supported him over the penalty which cost him victory in the Canadian Grand Prix.

Vettel’s five-second penalty for rejoining the track unsafely in front of Lewis Hamilton, which dropped him from first place to second in the race, was criticised by drivers from several rival teams:

It happens easily. You go off on the grass you have absolutely zero control, you just slide back on. It happened to be a wall there and the lines end up in the same place. I understand if he hit somebody and really forced, then fair play.

You go over the grass with these tyres and cars and some 50 metres after that you have shit on your tyres and it’s not much you can do.

The odd thing is they keep telling us this year that we are more free to race and then this kind of thing happens that is absolutely no one’s fault and you get penalised. Honestly I’m not that one guy should get or not, I don’t care, but what they said and what’s been done is somewhere on the lines they don’t match always. I guess the stewards are in a difficult position whichever way they give the ruling there are always going to be happy and unhappy teams.
Kimi Raikkonen

I think why they gave him the penalty was wrong, to give the penalty I think in general if you are going to give penalties like that then why don’t you just put a wall there? […]

I think he did everything he could to do it in the safe way. Of course when you go off in the lead you know that Lewis is behind only by a second or one-and-a-half, you stay on throttle and you are managing. Lewis saw him going off, when he goes through the left-hander he knows that Seb is going to come back on and then of course he knows he is going to drift wide and then he had to back off. If I had been Lewis I would have been on the radio as well, like ‘hey, he blocked me’, because you know it’s in the rules and there’s a possible penalty.
Max Verstappen

But I think looking immediately at it with the first look I would say there wasn’t anything to be penalised. Then maybe if you look deeper maybe you could squeeze something out of it but again there were cases I think in the past that I think it’s penalised already, something similar has happened, and there was no penalty. It’s just that kind of topic again.
Daniil Kvyat

My opinion and view of that is just that it’s racing, it is tough to control a car on the grass and how you then make the entry to the race track because we are simply not in full control and we don’t have normal grip. So for me, yeah, it seemed like a racing incident.
Nico Hulkenberg

like any other Formula 1 fan I was disappointed when I saw a penalty, first of all because as a driver I think I would have done exactly the same as Seb. I would just rejoin the track and try and keep first position independently of where the car is. Was it dangerous? Potentially, but what’s not dangerous in Formula One? There’s always a bit of danger, you’re always close to the walls and I think that at any point Lewis was on the real threat of having a huge accident.

I think there was no reason to give a penalty but the rule is written and the stewards applied the rule. So I also don’t understand all this criticism that the stewards have received over the last few weeks because they are just trying to do their job and they have a rule which they need to interpret and they need to apply and that’s what they did. So it’s not the fault of the stewards, it’s not the fault of Seb, I think, it’s not the fault of Lewis either, it’s just that there is a rule that I don’t think should be there, which is a bit too drastic and a bit too black and white and doesn’t interpret well the rules of racing, that is race hard and enjoy.
Carlos Sainz Jnr

It’s so tough to judge from my point of view. Every racing incident is unique and the stewards are trying to do their best to keep it fair. It’s really challenging to judge. I think they are trying to let us race, the stewards. We want to see good racing, hard racing, wheel-to-wheel racing. However we want to keep it fair and it’s always going to be two sides to it. That incident in particular I think was a bit harsh.

However the stewards made a call and ultimately I wouldn’t say they made a right or wrong call but they made a call and that’s what they’re there to do, they’re there to keep the sport fair, safe and I can’t argue with that. I’m sure Lewis agrees with their decision! But it’s so hard to tell whether it was intentional or not. I doubt it was intentional. However I could be wrong, I wasn’t in the car. We want to see good racing, that’s all I can say.

It’s a shame to see guys being penalised for certain things, this and that, but it is what it is and we still see good racing. It made the race exciting, I’m sure the Ferrari fans were quite upset that Seb didn’t win but that’s the name of the game. Sometimes it plays into your hadn’t and other times it doesn’t.
Lance Stroll

“I believe there are too many guidelines with penalties”

While not every driver said Vettel’s penalty was wrong, the decision won little support, even from Hamilton’s team mate Valtteri Bottas. More drivers called on the stewards to give drivers greater freedom when racing each other:

From a driver’s point of view honestly if you go off straight on the chicane the first thing in your mind is to get as quickly as you can back to the track without damaging the car. That’s what Seb did but obviously Lewis happened to be there also and I don’t know if he on purpose went more to the right or not, you never know. But the decision for the penalty, I leave that to others.
Valtteri Bottas

I think it’s really tough when you cross the line first on track and then after we tell you you’re second. I think it depends which perspective you look at it.

I think if you look at Seb’s side for sure it’s really tough and really harsh penalty. If you look at Lewis, you say that maybe I could have won the race without this incident, but I think at the end of the day, when you race Formula One cars at that speed, pushing to the limit these things happen and it’s part of racing so it’s difficult to draw a line but I think for me it was quite harsh to lose a victory that way.
Pierre Gasly

I think everything that we do on track has a line and a rule and then it’s very hard to deviate from those. I believe there are too many guidelines with penalties that are applied to that guideline and sometimes two incidents that can be very different but with the same penalty.

[For] example I crossed the pit exit line in Monaco with part of my wheel, got a five second penalty and one point on my licence and Verstappen got an unsafe release in the pit lane and had a touch with Bottas and it was a five second and one point penalty because that’s what is written. So I think sometimes it’s hard for the stewards just to decide where they want to go, because everything is written but you never know if you’re in that case or that case.

Talking of Seb, I think he’s the only one to know if he could have controlled the car better and left more room on the right hand side. We do not know, we do not have access to his telemetry and I think only Seb knows if he actually saw Lewis, went on the throttle on the grass and made his way fully to drive out. I won’t discuss the penalty or not, I think it’s not my job but I can only say that Seb knows if he could have left more room or not.
Romain Grosjean

In the end it’s not nice to lose a race like that but I think it’s the rules, like they say and in the end the important thing is the rules are consistent at every race and to every driver, so I think this is the main thing.
Antonio Giovinazzi